A fascinating discovery found at 13th-century Barnbougle Castle near Edinburgh has shed new light on the day-to-day domestic life of Robert Burns and his family, academics at the University of Glasgow have revealed.

The academics from the University’s Centre for Robert Burns Studies were invited to Barnbougle Castle by the Rosebery family to look at a collection of rare Burns manuscripts and books collected by one of their ancestors.

While at the castle undertaking research for the Oxford University Press edition of The Works of Robert Burns, they were shown an “unexpected bonus” of a book labelled simply Burnsiana.

The book - which includes Burns letters, memoranda, and trades bills - has now been loaned by the Rosebery Family to the University to allow for more detailed study and research. 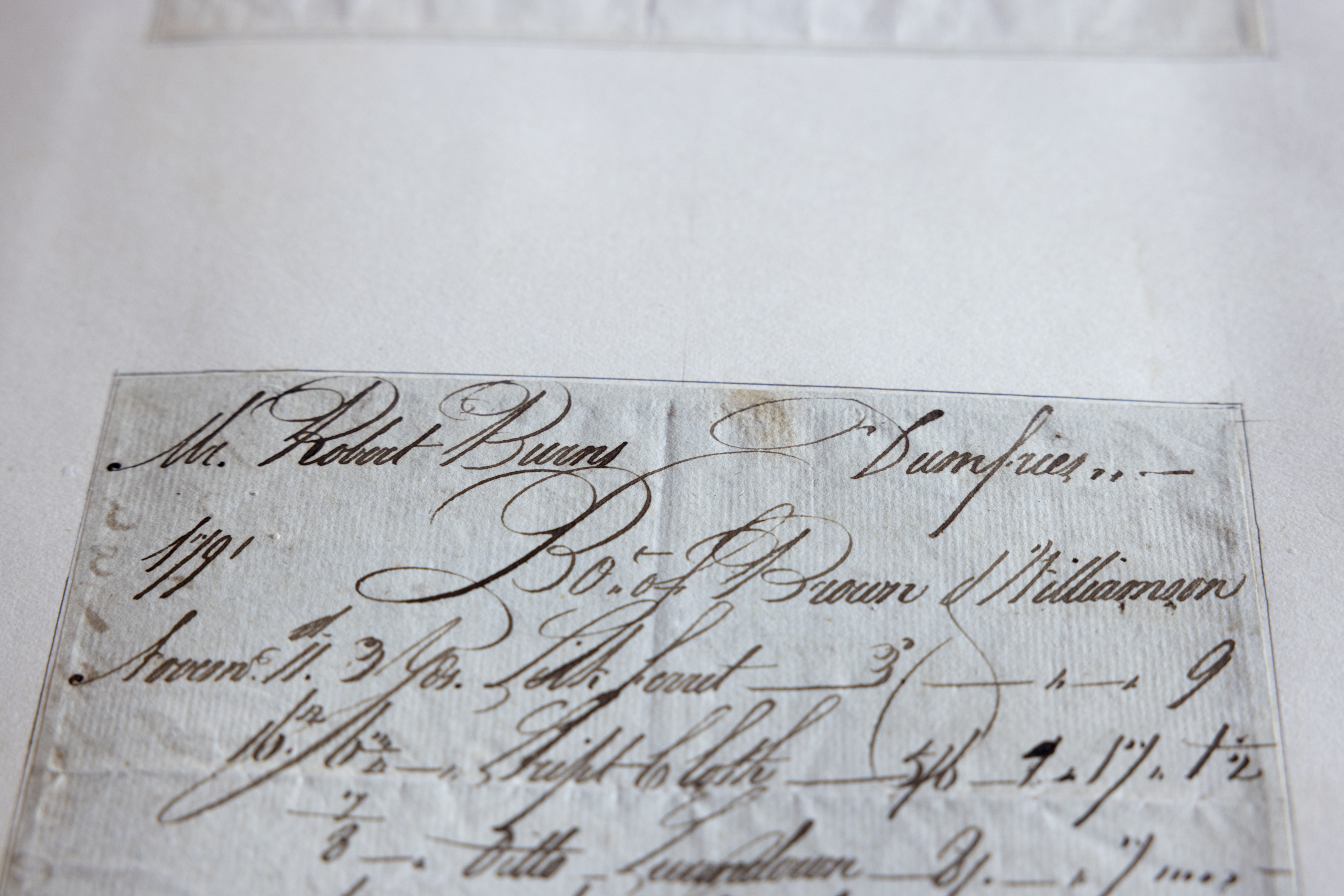 Burnsiana is part of the library of the former 19th-century Prime Minister, Archibald Primrose, 5th Earl of Rosebery, 1st Earl of Midlothian, who during his lifetime amassed an excellent library which he kept mainly at Barnbougle. A keen collector, historian and writer, Rosebery was an admirer of Scotland’s national poet and did a great deal in his lifetime to protect and celebrate Burns’ legacy. 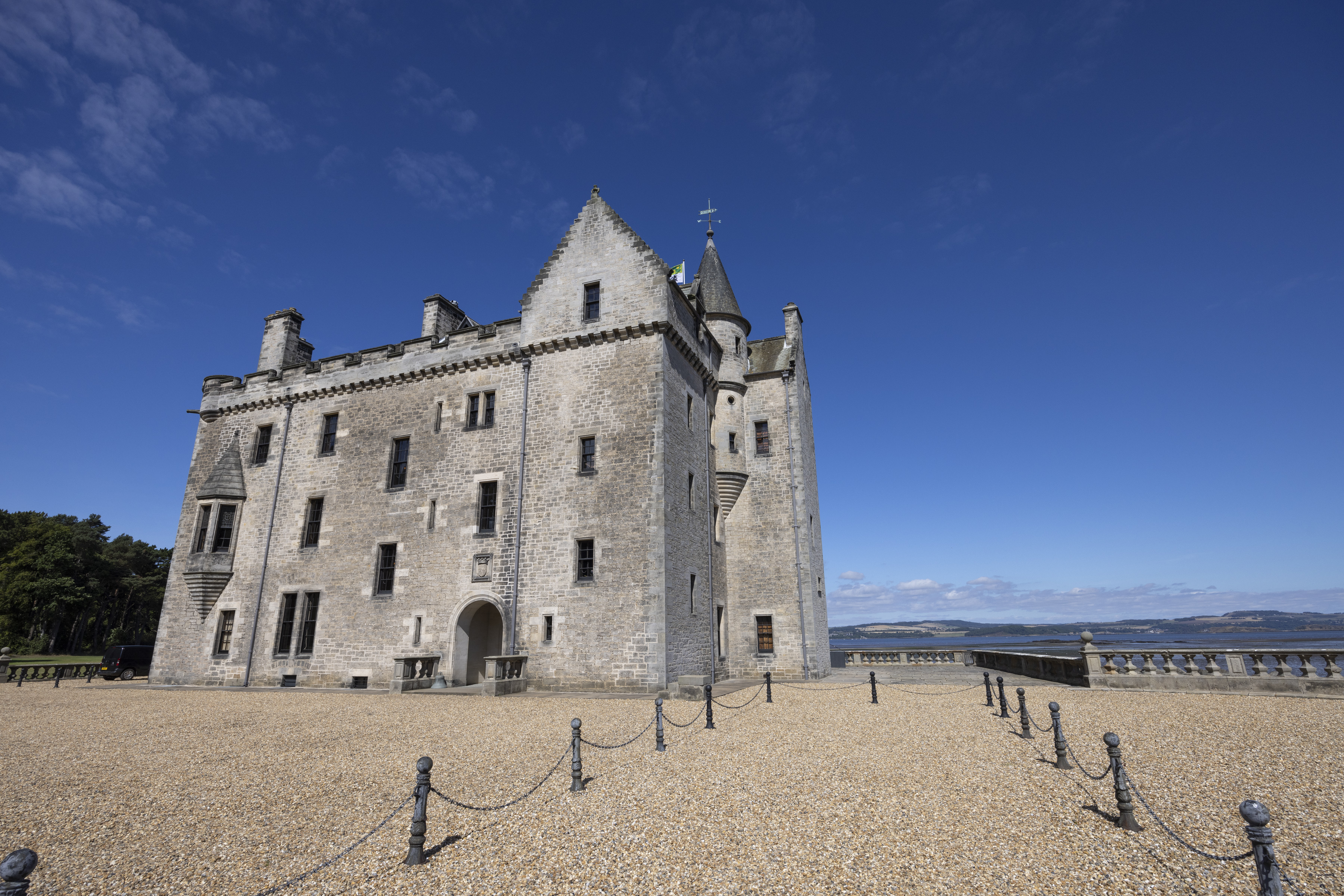 So far, the Glasgow experts who are carrying out a major project – Editing Burns for the 21st Century, led by Professor Gerard Carruthers, have uncovered a completely new “game changing” set of evidence on the building of Burns’ six apartment Ellisland Farmhouse, as well as bills and receipts which show the domestic economy overseen by Jean Armour of not only his farm but his last home in Dumfries.

Professor Gerard Carruthers, the Francis Hutcheson Chair of Scottish Literature at the University and a world leading Burns expert, said: “We are so grateful to the Rosebery family for giving us access to this superb collection and in particular for lending us Burnsiana to delve even further into the materials held within it. The book contains a full set of evidence for Burns’ construction of Ellisland, previously unknown, including quantities of nails, floorboards and door frames. Here we have the minutiae of Burns constructing his first family dwelling as an adult, building both a house and a home.”

He added: “But it also paints a fascinating picture of life at Ellisland including bills for shoes, buttons and buckles to clothing materials like corduroy, calico and linen. It shows Jean Armour’s domestic economy including what foods they were growing at Ellisland with receipts for seeds including cabbage, beans and linseed to quantities of beer and honey consumed. This material is a real game changer for our knowledge of Ellisland and its future conservation.”

Dr Pauline Mackay, Co-Director of the Centre for Robert Burns Studies and Chair of Burns Scotland, said: “This exciting discovery is particularly timely as the Robert Burns Ellisland Trust look to re-develop the home Burns built into a heritage site for the 21st century.

“It will also enable us to contemplate further how we might use XR (Extended Reality) technology to compose and access important Burns-related sites, and to illuminate their evolution from the eighteenth century to the present day.”

The building receipts are from 18 September 1788 to 30 May 1789 and are titled “For Materials for a House at Ellisland”. They are from Thomas Boyd, who built the farmhouse and outbuilding, and charters the construction of Ellisland Farm over the course of eight months. Burns was especially creative during the years he lived at Ellisland writing a quarter of his songs and poems including Auld Lang Syne and Tam o’ Shanter.

Lord Dalmeny and Lady Jane Kaplan, the children of the 7th Earl of Rosebery and great-grandchildren of Archibald Primrose the 5th Earl, have been instrumental in supporting the Centre for Robert Burns Studies research into their family’s collection.

Lord Dalmeny, who is the chairman of Sotheby’s auction house in the UK, said: “The 5th Earl, my great-grandfather, rebuilt Barnbougle, which is only a short walk from our family’s Dalmeny House, into the ultimate "shed at the bottom of the garden" which included six libraries. He was a keen collector and historian, with a passion for reading and learning and some of his vast book collection, including Burnsiana, are still housed at Barnbougle.”

Lord Dalmeny added: “My great-grandfather was a Robert Burns enthusiast and admirer who during his lifetime amassed a wonderful collection of Burns materials and artefacts. This enthusiasm for Burns is well documented in the 5th Earl’s writings and speeches. But it is only through the expertise of the team at the University of Glasgow that today we realised the full significance of the Burnsiana book collect by my great grandfather – a significance we are sure the 5th Earl would have known but unfortunately this knowledge died with him in 1929.

“It is very exciting for his family to continue our great grandfather’s work helping ensure that Burns’ legacy is protected for further generations. It is marvellous to see that 226 years after his death, Burns scholars continue to reveal new and fascinating details of the life of Scotland’s national poet.”