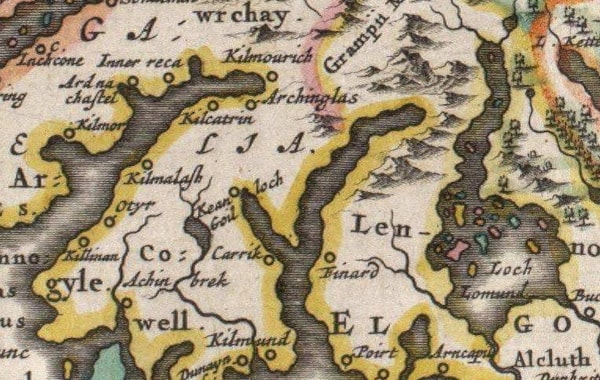 Scottish geographer Robert Gordon of Straloch was born on 14 September 1580.

Scottish geographer and map maker Robert Gordon of Straloch was born on 14 September 1580. Gordon was born near Inverurie and became the first ever graduate of Aberdeen's Marischal College. Working at a time when only three maps of Scotland were in existence, Gordon created new geographical surveys of the country, which drew the attention of King Charles I, who commissioned Gordon to work on a new atlas of Scotland. Theatrum Scotiae was published in 1648, going into a second edition seven years later.

Gordon was also a noted author, who published historical essays and a history of his own family name. He died in 1661 and was buried in the family vault at New Machar.