The Skye Bridge opened - on this day in Scottish history 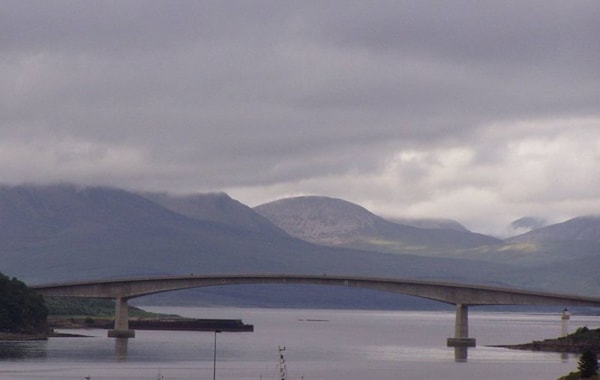 The Skye Bridge opened - on this day in Scottish history

The Skye Bridge opened on 16 October 1995, connecting the Isle of Skye to the Scottish mainland. Prior to the bridge being built, crossings to Skye had been made by ferry, for at least 400 years. Proposals for a bridge had been made during the 19th century, as road and rail transport was developing, but the island's small population meant that the suggestion was never seriously considered.

Construction on the bridge began in 1992, with secretary of state Michael Forsyth opening the crossing three years later. A toll was charged but after protests, the toll scheme was ended on 21 December 2004.

The Skye bridge in numbers