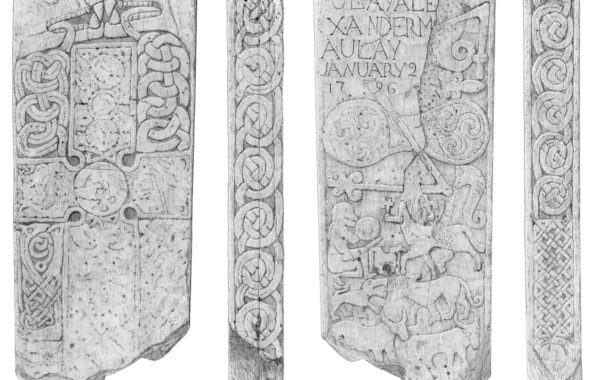 A crowdfunding campaign has today been launched for the repair and conservation of a rare Pictish stone.

The previously unknown carved Pictish cross-slab was recently found at an early Christian church site in the Dingwall area of the Highlands. The rare find, described by experts as being “uniquely significant”, was thought to have to been carved around 1,200 years ago. It is decorated with a number of Pictish symbols and it is likely to have originally stood over 2 metres high.

The campaign to raise the £20,000 needed was jointly launched today by the North of Scotland Archaeological Society and the Pictish Arts Society at the Recent Archaeological Discoveries and Research Conference in Inverness.  John Borland, President of the Pictish Arts Society and Measured Survey Manager at Historic Environment Scotland, said "Easter Ross is home to many fine Pictish sculptured stones and yet this latest discovery still manages to add something new and exciting to that collection".

At the conference launch Mr Borland also exclusively revealed images of the cross-side of stone, not released publicly before.  He said “The two massive beasts that flank and surmount the cross are quite unlike anything found on any other Pictish stone. These two unique creatures serve to remind us that Pictish sculptors had a remarkable capacity for creativity and individuality. Careful assessment of this remarkable monument will be able to tell us much about the production of Pictish sculpture that we could never have guessed at.”

The stone, which was removed from the site by specialist conservators in August, had lain on the ground since at least the 1700s when it was reused as a grave marker. It now needs to be repaired, cleaned, recorded and mounted before being put on permanent public display at Dingwall Museum in Easter Ross. At Dingwall, the conserved stone is expected to make an impressive cultural attraction, which will be of significant benefit to both the museum and the town.

How to make a donation

All contributions, however small, will be gratefully received by the organisers. Donations can be made at their JustGiving page, whilst more information on the stone and the campaign can be found here. Any money left over from the campaign will go towards a series of community events and workshops in the local area that will enhance understanding of the Pictish heritage of those who now live there. Easter Ross is known to have had particular significance in Pictish times.