An introduction to… Clan Lamont 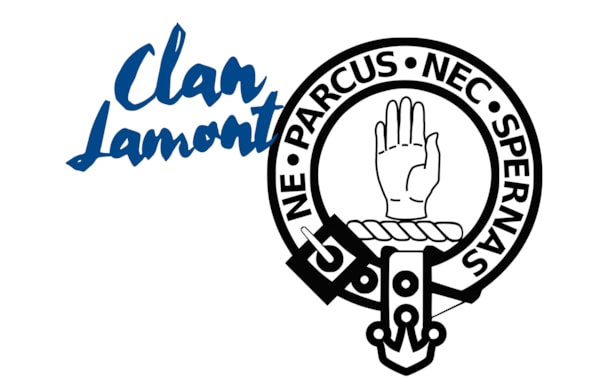 The Clan Lamont Society was formed in 1895 to foster friendship across the world and to preserve and promote the written history of the Clan Lamont. Find out more in our special clan guide…

CLAN LAMONT hails from Ireland when the great O’Neil of Ulster sailed up Loch fine on the west coast to claim Cowal as his lands. The Clan Lamont Society was formed in 1895 to foster friendship across the world and to preserve and promote the written history of the Clan Lamont.

The present chief of the clan is Peter Noel Lamont of that Ilk, Chief of the Name and Arms of Lamont, who is a member of the Standing council of Scottish Clans he is a parish priest in the suburbs of Sydney.

The Clan Lamont Society was formed in 1895 in Glasgow, Scotland by Sir James Lamont of Knockdow with the purpose to keep alive the values and traditions of the clan. Our headquarters are at the Old Manse Inverchaolain    where we advise and support our sister societies world wide. 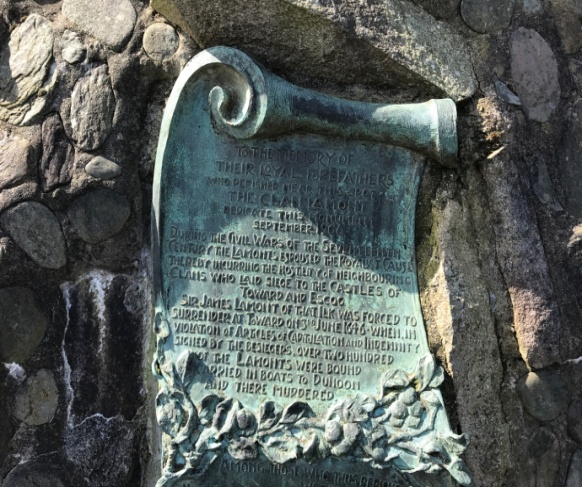 We have a small museum  displaying our history with many artefacts and records including a complete set of clan journals from the first printed in 1912 to present day. We publish a quarterly journal which keeps our world wide members up to date with clan business and activities.

We hold an annual gathering in the summer usually in Dunoon this year is our 125th anniversary and a major gathering was planned  to include all Cowal clans unfortunately due to Covid it was cancelled but will go ahead next year.

The Clan is governed by a council comprising of a President, two vice presidents, treasurer, Secretary and eight council members. Our secretary Mary Lamb stays in the manse and is truly our nucleus, she welcomes visitors, keeps in contact with members, plans our gathering and keeps the day-to-day business of our clan going and much more. She can be contacted on our website.

In 1906, a memorial was erected by the Clan Lamont Society at Dunoon, commemorating the many Lamonts who were killed in the 1646 massacre by clan Campbell.  Every year the society lays a wreath during the gathering in honour of the dead. In 2016 our chief returned to his homeland for the gathering and re dedicated the memorial.

The Society provides the Lamont Shield at the Cowal Highland Gathering, which is an award given to the best Juvenile (under 18) Solo piper at the games.

TOWARD CASTLE
The ruin of Toward Castle is situated to the south east of the grounds of Castle Toward, a 19th century castellated mansion. The old castle dates from the 15th century and served as the seat of Clan Lamont until it was destroyed by their rivals the Campbells in 1646. Sir John Lamont entertained the tragic Mary Queen of Scots here in 1563.

ASCOG CASTLE
The ruined Ascog Castle, on the shores of Ascog Loch, dates back to the 15th century and was the ancestral home of the McInnes Lamonts. There’s not much left of the castle today, but it’s a beautiful, haunting place. 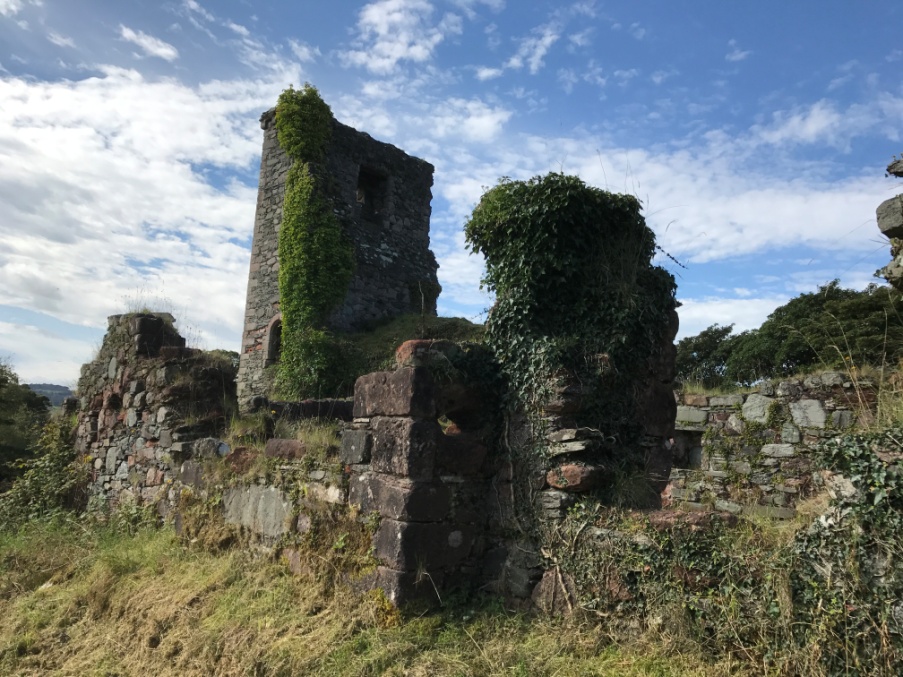