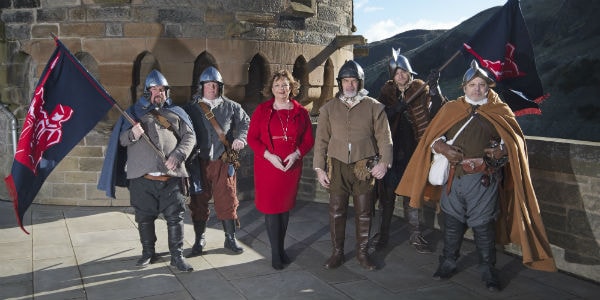 A total of 14 clan and community events across nine local authorities will receive a share of funding through the Scottish Clan Event Fund during 2019.

A total of 14 clan and community events across nine local authorities will receive a share of funding through the Scottish Clan Event Fund.

The Scottish Clan Event Fund supports the growth of clan events across Scotland and helps to fund clan gatherings, games and historical re-enactments as well as walks and tours, ceilidhs and festivals. For the eleven events funded in 2018, VisitScotland estimated 47% of those attending were international visitors and that the net economic impact was around £1 million.

What events are included?

The grant includes £4,740 for the Hawick Reivers Festival, which will bring mid-16th century society to life in the Scottish Borders, and £5,000 for the Tricentenary Commemoration of the Battle of Glenshiel in the Highlands. The full list of 14 funded events is:

Cabinet Secretary for Culture, Tourism and External Affairs Fiona Hyslop announced the funding as she met representatives from the Hawick Reivers Festival. She said: “Scotland’s rich history, heritage and culture appeals to visitors around the world and with up to 50 million people globally claiming Scottish ancestry, we know our clans are a huge draw for tourists.

“The Scottish Clan Event Fund is helping to build on the benefits of the ‘Outlander effect’, and encouraging international visitors with clan connections to visit Scotland, while also involving people in the local communities.

“From the Highlands to Argyll and down to the Borders, this year’s clans and families events are delving into more areas than ever and will help continue to promote Scotland as a must visit destination.”

The Scottish Clan Event Fund is funded by the Scottish Government and administered by EventScotland, part of VisitScotland's events directorate.