Edinburgh World Heritage has today (31 March 2022) reached the completion of the first batch of its Twelve Closes Project.

Edinburgh’s closes, the narrow, often steep alleyways branching off from the Royal Mile, are an important characteristic of the Old Town, and a reminder of the city’s medieval origins. However, these closes are often perceived as being unsafe, particularly at night.

The new co-design project aims to 'renew and reinterpret' some of Edinburgh’s most historic closes, creating more attractive spaces for residents, businesses and tourists to explore.

The project partnership between Edinburgh World Heritage and the City of Edinburgh Council, working with Edinburgh Napier University, has sought to tackle local problems such as anti-social behaviour through alternative forms of street lighting; brightening and enhancing the historic alleyways. This has been achieved by bringing together members of the local community and enabling participation in the design process, supporting them in selecting themes and historic stories to interpret and present.

The first batch has seen the completion of new lighting, art installations and interpretation panels in Carrubber’s Close, Chessel’s Court and Stevenlaw’s Close as well new lighting for the community-led interpretive art project in Pirrie’s Close.

Stevenlaw’s Close features the artwork “Birds in Flight”, a lighting installation utilising light projected through a laser cut ceiling. The birds in flight are apertures cut through the ceiling allowing shafts of patterned light to fall to the ground and across the deeply textured walls. The light is animated every quarter of an hour to create a sense of movement representing the birds flying overhead. The idea for the birds in flight motif came from local residents who wanted to pay tribute to the pigeons that would roost in the close. 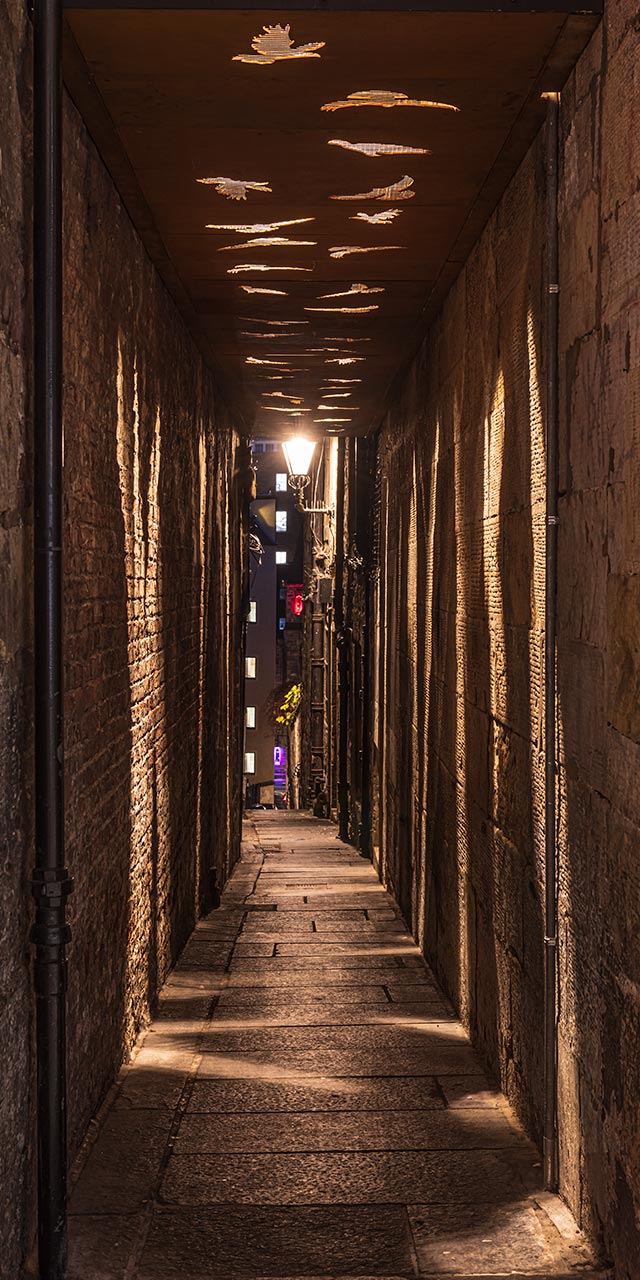 Installations in Chessel’s Court include a section of mirrored ceiling between the entry arches and new lighting on the underside of the arches themselves. This creates playful ambient lighting at night that reflects around the space, working in conjunction with the existing architecture. The covered entrance to the court also houses a cast aluminium geometric relief panel designed by Glaswegian artist Toby Paterson. 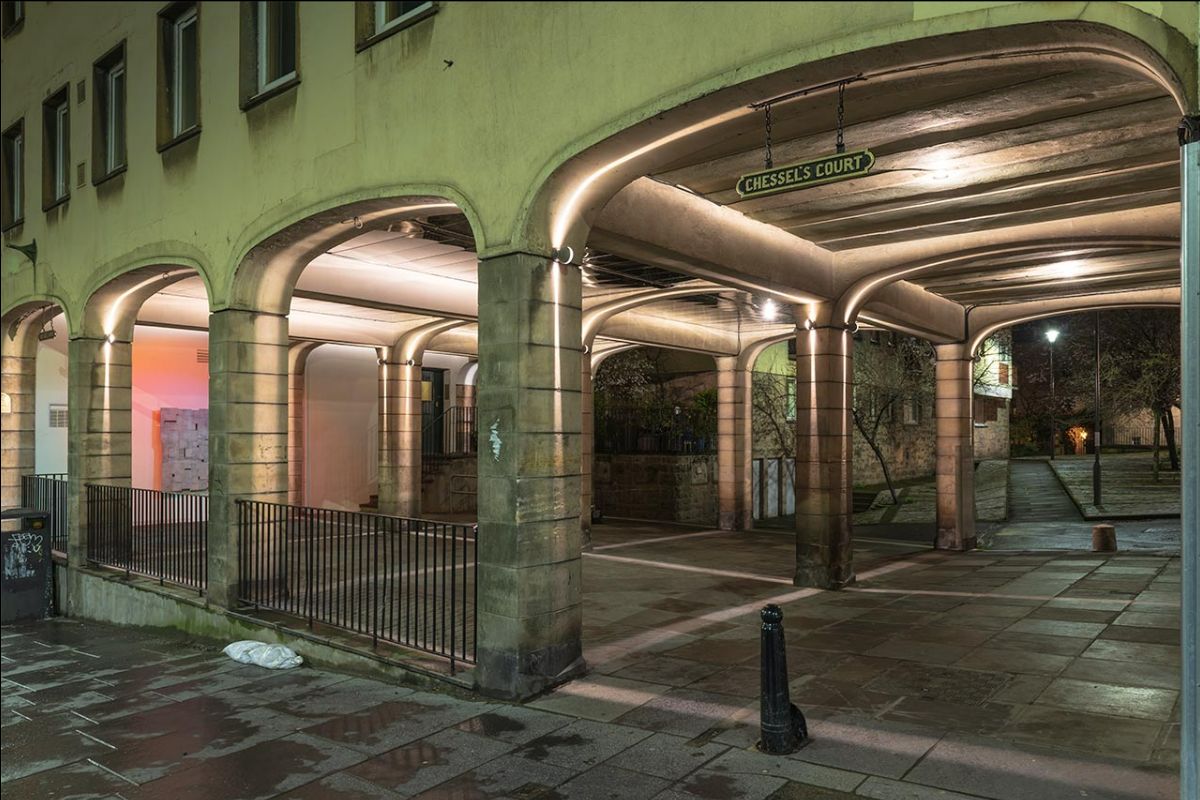 Carubber’s Close (pictured top) features gently shifting lighting that alters the shadows in the close, creating a feeling of procession that was highlighted by the congregation of Old Saint Paul’s. The garden of Old Saint Paul’s was also opened up during the project and is now illuminated at night to show off this calm space.  The close also includes a new art installation by Edinburgh artist David Lemm which features geometric metal fittings that cast shadows into the close.

Pirrie’s Close links the western side of Chessel’s Court to the Royal Mile and was included in the project after residents secured additional funding for a community-led art installation. The installation includes coloured lighting, and laser-cut wall and ceiling suspended panels forming a fretwork of geometric and naturalistic designs interpreting the lives of the residents.

The Twelve Closes Project is a long-term renewal and reinterpretation scheme and will continue to work with artists and communities over the coming years. Workshops are currently being held to co-design Lady Stair’s Close and Makers Court.