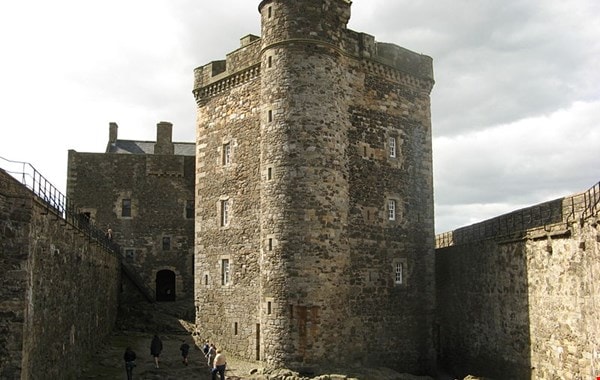 Discover centuries of cross-border warfare, clan rivalry and military fortifications in our guide to ten castles in the Scottish Borders.

Situated on the southern shores of the Firth of Forth, Blackness Castle is a fifteenth century castle which has acted as a prison and fortress, prized for its strategic location.

The castle’s three towers can still clearly be seen, as well as its huge fortified walls, offering views across the Firth of Forth to Edinburgh’s road and rail bridges.

Caerlaverock is one of Scotland’s most unique castles, due to its unusual triangular construction. The castle is built from red sandstone and is surrounded by a moat, and stands on the site of a Roman fort. The current castle was built in the thirteenth century to help strengthen Scotland’s defences on the border with England.

The castle has a permanent exhibition on its history of siege warfare and living history events including displays of jousting are held here regularly during the summer months. 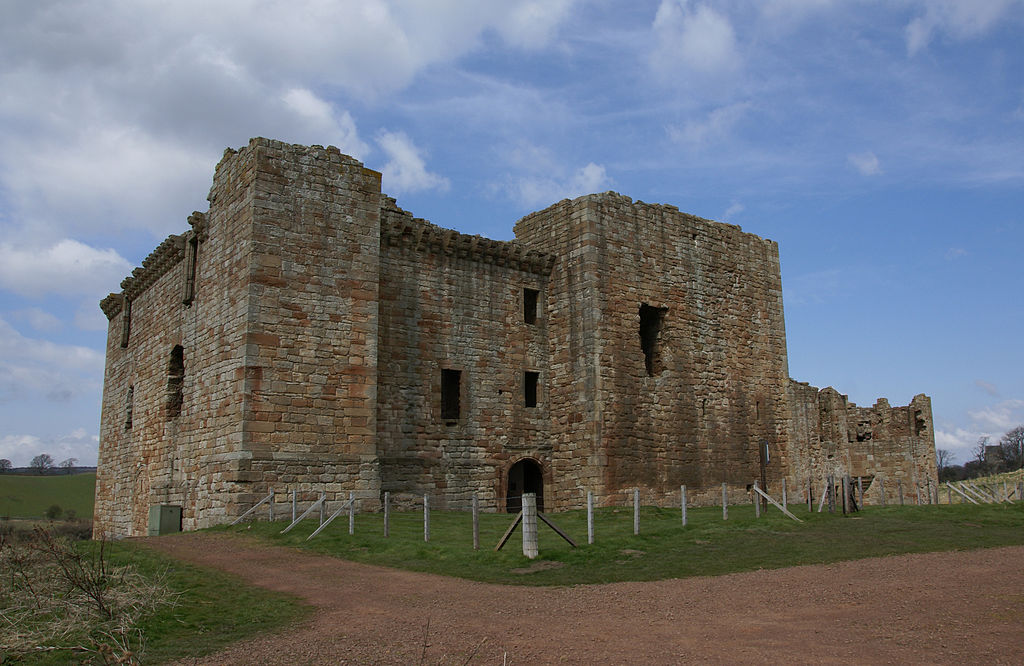 Crichton Castle has its origins in the fourteenth century, when John de Crichton built a tower house whose remains can still be seen today. The castle was extended by John’s son William, who built the Great Hall and kitchen.

Mary Queen of Scots stayed at the castle in 1562 and it played a further role in her story when the castle and estate, which belonged to her future third husband the Earl of Bothwell, were forfeited after he was accused of complicity in the murder of Henry Stuart, Lord Darnley, the queen’s second husband.

Look out for the unusual north lodging, built in the 1580s, which has a rare diamond faceted façade. 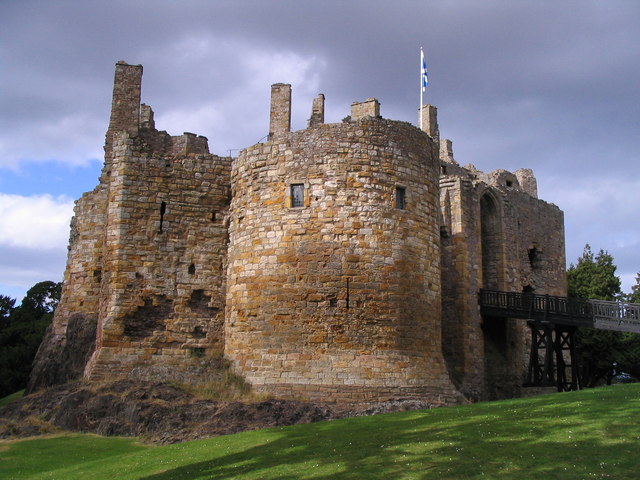 A twelfth-century fortress with some of Scotland’s oldest castle architecture, including the de Vaux Towers, built in the 1240s and named after one of the three noble families who have lived here – the de Vauxs, Haliburtons and Ruthvens. The castle has changed hands between the Scots and English several times, and suffered during the Wars of Independence when it was captured by Edward I in 1298.

After a siege by Oliver Cromwell in 1650, the castle’s role as a fortification came to an end but it came under new ownership in 1660, when it was purchased by the Nisbet family, who built a mansion nearby. 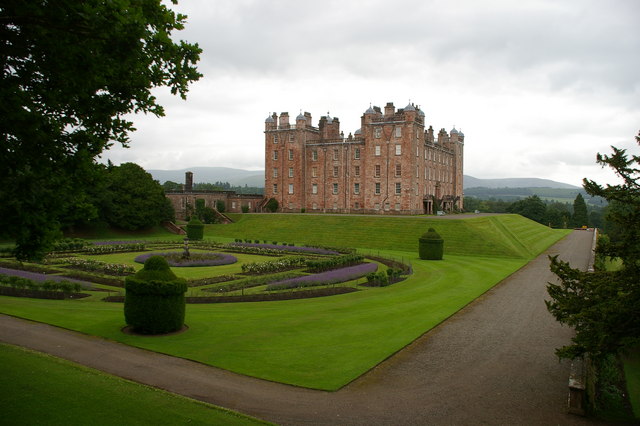 A grand seventeenth century castle built of pink sandstone which is the ancestral home of the Douglas family. William Douglas, first duke of Queensferry created the castle between the years 1679 and 1689 on the site of a medieval Douglas fortress.

The castle has 120 rooms and is home to the celebrated Buccleuch Art Collection. Among the rooms visitors can explore are the dining room, grand entrance hall, state rooms and ornate staircases. 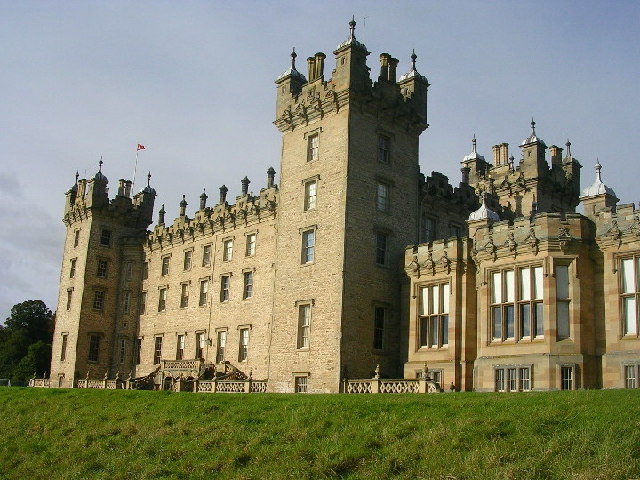 Scotland’s largest inhabited castle was built for the Duke of Roxburgh in 1721 and has remained within the same family until the present day. The building was remodelled by architect William Playfair between 1837 and 1847, with the intention of creating a fairytale castle, and today’s visitors can enjoy the results of this renovation, as well as enjoying collections of historic porcelain, tapestries and fine art. 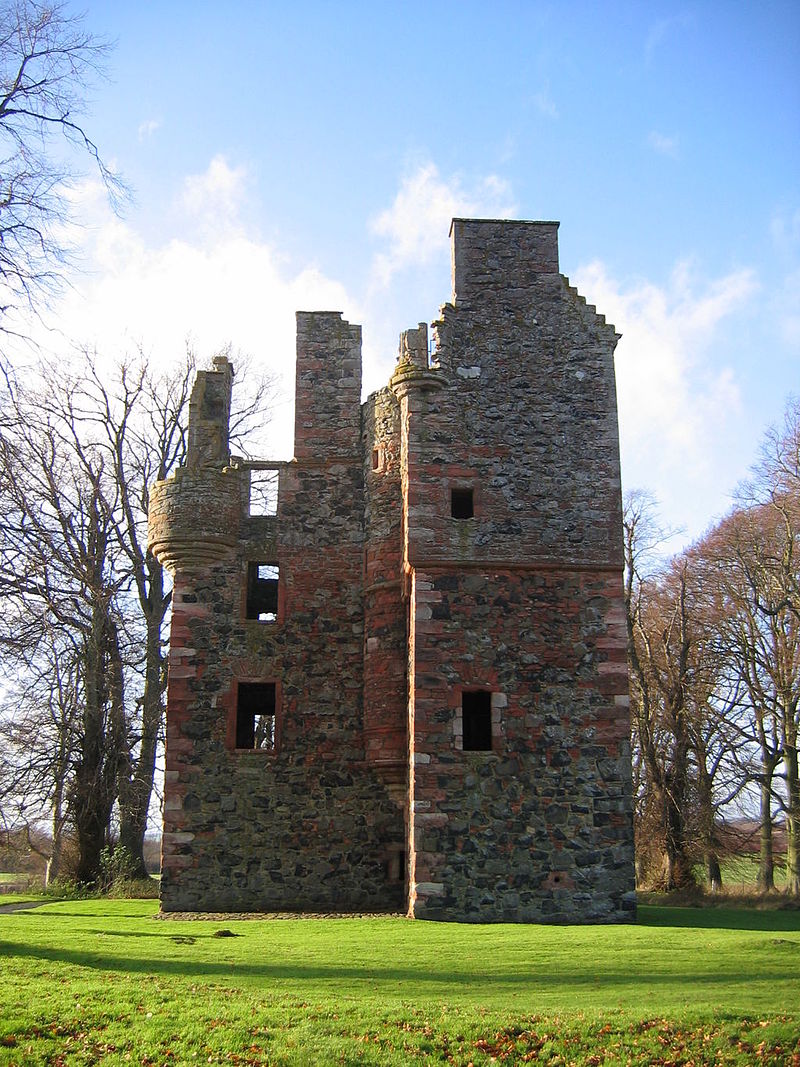 A sixteenth-century tower house which stands on the site of an older fortification. The castle, which is possibly the original home of Clan Gordon has a date stone from 1581 above its entrance, from the period when the castle was owned by James Seton. It is made of red sandstone and has an original iron gate.

Although the tower has been a ruin since the early nineteenth century, the ruins are substantial and include turrets, fireplaces and gables. 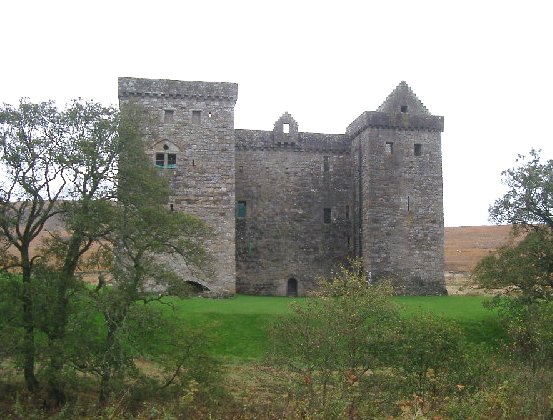 For 400 years, Hermitage Castle was a crucial fortification on Scotland’s borders, a looming presence in what historian George Macdonald Fraser described as ‘the bloodiest valley in Britain’. The castle was built in the 1360s by Sir Hugh de Dacre, an English nobleman.

The castle has a link with Mary Queen of Scots as it was here that the queen fled in 1566, to meet the Earl of Bothwell after he was injured in battle. 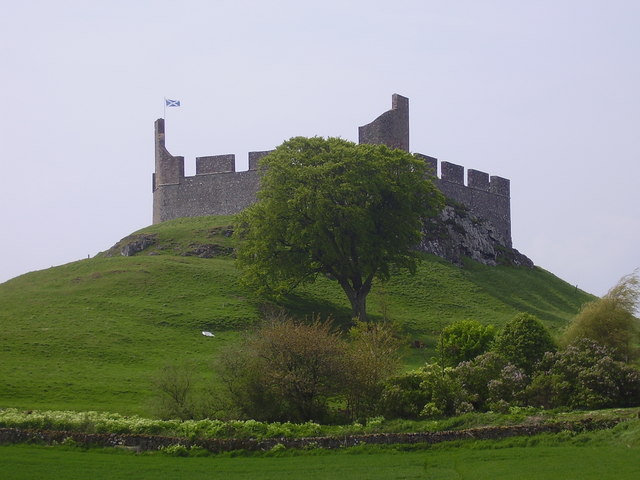 A thirteenth century castle built for the Hume family as a defensive site in the Merse region of the Borders. The castle was a frequent target in border warfare and was captured and damaged several times during its history. The castle was one of the stopping off points for Mary Queen of Scots on her journey to England (and future imprisonment) in 1567.

The inner wall and courtyard of the original castle still survive, however the outer perimeter of the castle is a folly added in the 1780s. The castle stands on a substantial mound, offering panoramic views across the surrounding landscape. 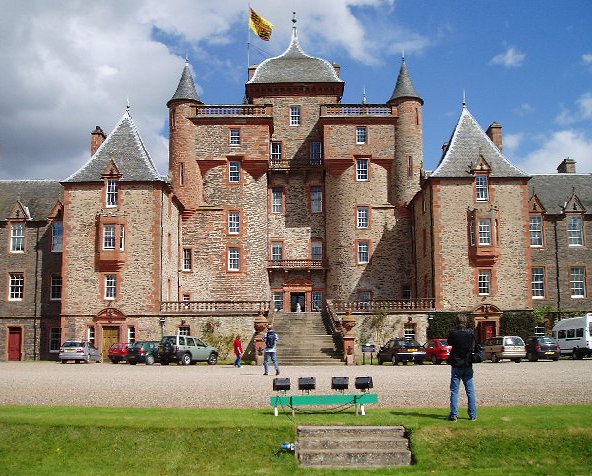 A sixteenth-century fortification which is one of Scotland’s oldest inhabited castles and home to the Maitland family. The castle was rebuilt in 1590 and remodelled in the 1670s and 1890s. Today’s visitors can explore the castle’s large, airy rooms, which are furnished with fine period furniture, works of art and antiques.