Walking with James Hogg: The Ettrick Shepherd’s journeys through Scotland Bruce Gilkison, great-great-grandson of the ‘Ettrick Shepherd’ James Hogg shares his experiences of walking in the Highlands in the foosteps of his literary ancestor.

James Hogg (1170-1835) was a writer, sportsman, shepherd, musician and larger-than-life personality. In 1802, uneducated and still unknown, he embarked on a series of journeys through Scotland. These were times of enlightenment, clearances and rapid change. His travels, from the Borders to the Highlands and Hebrides, were life-changing, inspiring and often frightening.

They led him to a life of chaos, fame, failures and fun. They also led to literary masterpieces, including Confessions of a Justified Sinner, now thought by many to be one of the greatest novels ever written.

Hogg (pictured above in a portrait by William Nicholson, c.1815), known as the Ettrick Shepherd, was never fully accepted by other writers of the time. His lack of education, his love of the countryside, and his writing on real issues like poverty and prostitution counted against him. Wordsworth said he was a man of original genius but had ‘coarse manners’ and ‘offensive opinions’.

After he died, some of his books were republished in a more ‘genteel’ form, to suit Victorian tastes. It was a death by a thousand cuts - they lost their rawness and vitality. His works might have been forgotten completely, were it not for their strange discovery a century after his death, by Nobel prize-winner André Gide. He said he was ‘voluptuously tormented’ by Hogg’s work, and expressed his ‘stupefaction and admiration’. These works are still influencing leading writers today.

IN THE FOOTSTEPS OF HOGG

More than two centuries after my ancestor’s journeys, I walked through these same landscapes. Remote areas that he called ‘awful and sublime’ are just as stunning today, but the masses of everlasting snow and ice he described have gone.

In one day of walking in the Highlands I found three inns that Hogg had visited, all still open for business. Each was older than the oldest surviving building in New Zealand. And even more ancient, a house that his grandfather had lived in, in the early 18th century, is still used today as a bothy in the Borders. This grandfather of his (that’s my own great-great-great-great-) was an athlete, a drinker and the last person in the district to talk with fairies.

Along the way I met descendants of people that Hogg knew and had stayed with. I competed in the St Ronan’s Border Games (below) that he had founded in 1827, at a time when young people were being forced from the land into dismal towns and jobs, ‘to encourage greater cheerfulness’. The event is alive and well, and promoting cheerfulness today.

I was left with powerful impressions of these early times. One is of the fun, the music, the games, the romance and friendships they enjoyed, but of major conflict and back-stabbings too. Another is of witches, ghosts and other evil forces – at Loch A’an (pictured on the front cover of my book) he avoided a monster that could cause an unwary traveller’s head to swell and finally to explode. There was much to be frightened of then.

I came to know this flawed, lovable and quirky ancestor. (Writer Karl Miller said Hogg was the unlikely man who helped give the word ‘personality’ its modern meaning.) But my real discovery was to learn about his world and his times, his intriguing family, friends and foes, some as eccentric as he was, who nurtured and influenced him.

His mother, for example, was a powerful role model who taught ancient songs to Walter Scott, and ensured that even after her death, Hogg’s stories would be populated by real ‘flesh and blood’ women, not the passive stereotypes popular at the time.

And while I learnt about him, I found I became more interested in everyone else’s ancestors too. 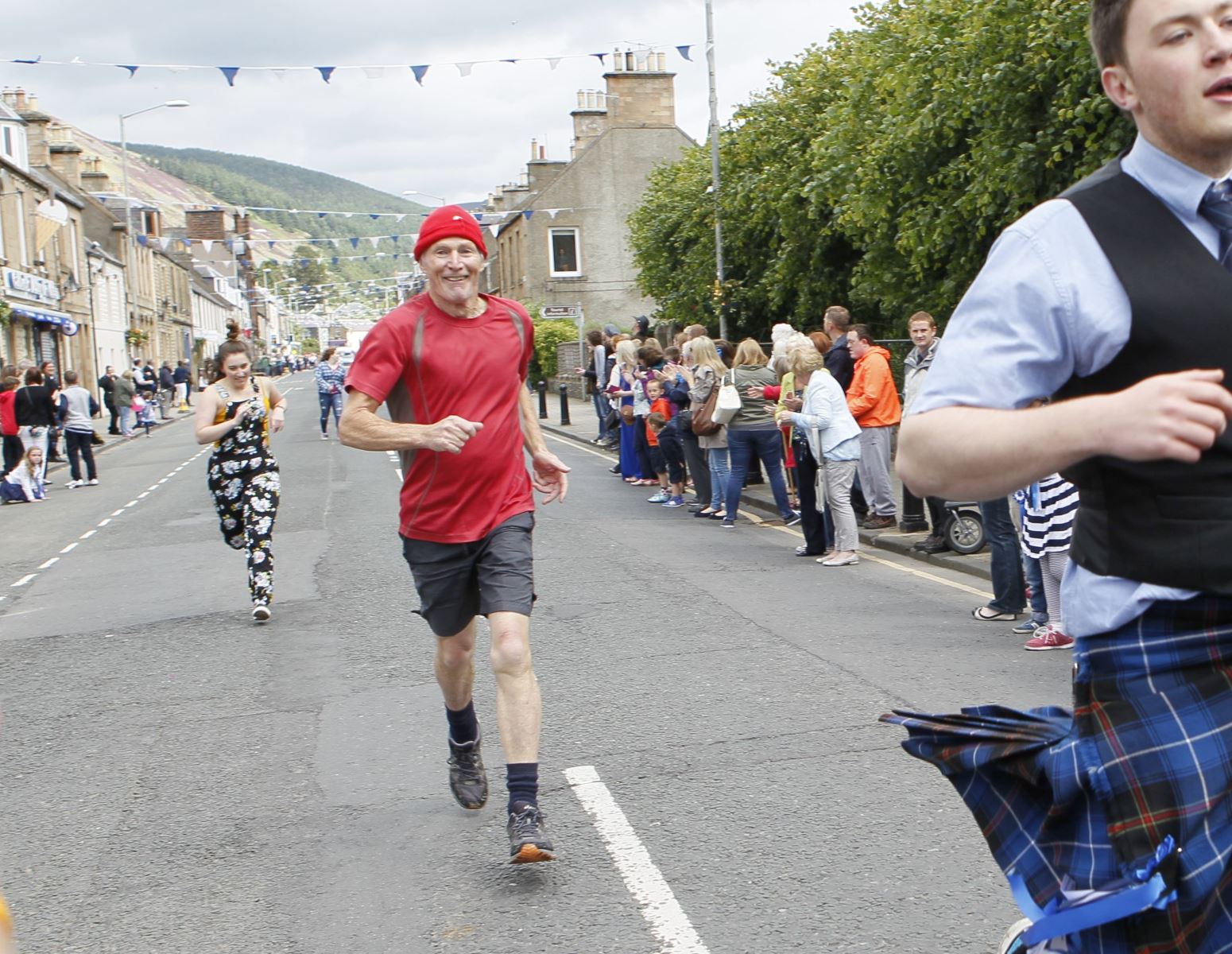 Bruce Gilkison is a New Zealander, and a great-great-grandson of James Hogg. He is a keen climber, hiker and traveller who has lived and worked in the Pacific, Africa, North America and Europe. He has a passion for social and environmental issues, and a fascination for the wild and wonderful. He walked through Scotland to find out what was remarkable about Hogg and his journeys. He learned about his ancestor’s bumpy road through life, and his lively ongoing journey in the 21st century.

Bruce Gilkison is the author of Walking With James Hogg: The Ettrick Shepherd's Journey Through Scotland, £14.99. Published by Edinburgh University Press.