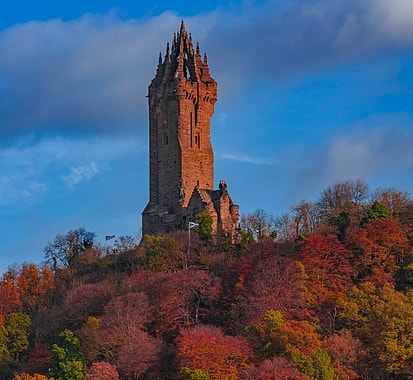 Today (11 September) marks the 150th anniversary of the National Wallace Monument in Stirling, opened in 1869 to honour Sir William Wallace.

Today (11 September) marks the 150th anniversary of the National Wallace Monument in Stirling, opened in 1869 to honour Sir William Wallace.

Seven centuries on, the legacy of Wallace lives on, with visitors flocking to the monument built in his honour year after year. Statistics reveal that since the landmark opened its doors in 1869 it has welcomed an estimated 9 million visitors from countries across the globe.

Yet, there is another event which had a profound effect on visitor numbers – the release of the film Braveheart. The hit movie, which depicted a fictitious telling of the freedom fighter, had such an impact on Scotland’s tourism industry that it was voted the third greatest tourism moment over the last 50 years in a poll by VisitScotland to mark its 50th anniversary.
Prior to the premiere of the Mel Gibson epic, annual visitor numbers to the monument were in the region of 80,000 per year and by 1998 they reached a record figure of 184,265. For the 10-year period following the release, the average annual number of visitors to the Monument was 135,000, and it has remained above the 100,000 level over subsequent years. In a survey conducted at the Monument in 2011, the film was identified by 38% of all visitors as the principal motivation for making their visit.

Wallace: the man & the myth

Dr Murray Cook, Stirling Council’s archaeologist, said: “Wallace, the man and the myth, is a universal, classic story that speaks to all cultures: "We can see it in the basic plot of most Hollywood blockbusters: A common man, pushed to the point of breaking the law, rebelling for freedom against bigger bullies.
"He fights and succeeds but ultimately loses, refusing to compromise even at the point of torture and death, which sparks a bigger rebellion that achieves what he strove for - Scotland’s freedom.
“The monument celebrates both this central truth but also the legends that have built up around Wallace. He was a giant with a giant sword, capable of superhuman acts, and it’s entirely fitting that Britain’s biggest monument to an individual is to Scotland’s biggest hero.” 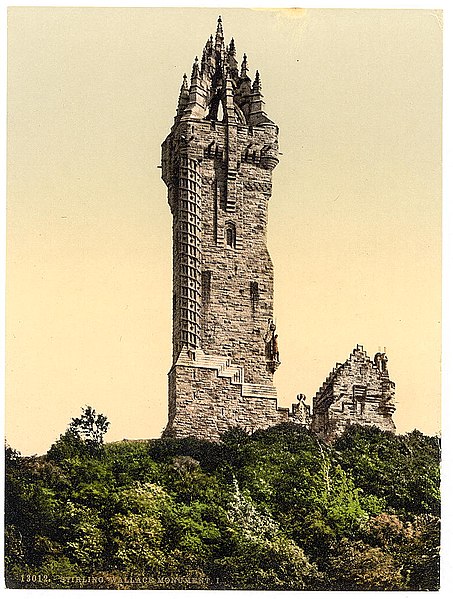 The National Wallace Monument reports that it welcomes visitors from 94 countries each year and staff at the landmark say they often receive visitors from different parts of the world who are diehard Wallace fans – including a German visitor who sported a tattoo of Wallace’s face on the back of his leg. There have also been celebrity visitors over the years including Ellie Goulding, Novak Djokovic and Sam Heughan.
Ken Thomson, Marketing Manager of Stirling District Tourism (the charity that operates The National Wallace Monument), said: “The story of William Wallace has fascinated and inspired people from around the world for centuries and continues to be a big draw for visitors to Scotland today.
“The National Wallace Monument, built in his honour 150 years ago, now attracts over a hundred thousand visitors each year, each of whom leave with a deeper understanding of Wallace and the legacy he left behind.
“2019 has been an exciting year for the Monument – our interior exhibition spaces were totally transformed, and we have held a programme of special events throughout the year, as we strive to tell the fascinating story of William Wallace to both the people of Scotland and visitors from all over the world better than it has ever been told before.”
Anniversary events
To celebrate the 150th milestone, visitors will be treated to a fun day of festivities around the Abbey Craig – the jutting hill upon which the monument was built.
A re-enactment of the Battle of Stirling Bridge – the famous conflict where Wallace defeated Edward I’s army in 1297 – along with the cutting of an incredible two-foot cake replica of the monument are some of the activities to be enjoyed on the day. A family-friendly festival, Wallace Wha’ Hae will also take place at the weekend to continue the celebrations. The two events have been awarded £25,000 from EventScotland – part of VisitScotland’s events directorate.
For more on the monument, visit the website.