Historic sites connected with the lives of the Stewart queens 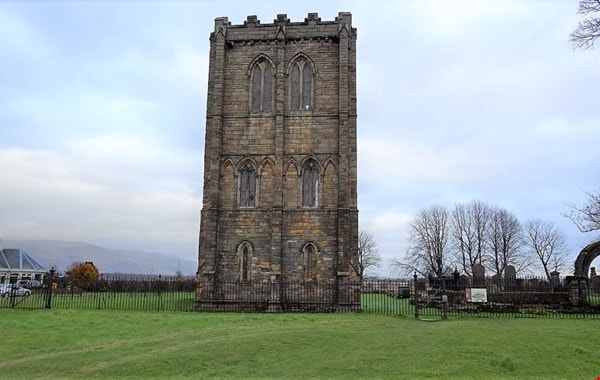 In this guide we take a look at Scottish sites you can visit which have connections to the following Stewart queens:

The ruins of this Augustinian monastery stand beside the River Forth in Stirling and it is here that Margaret of Denmark and her husband James III have their final resting place. The queen died at nearby Stirling Castle on 14 July 1486 and two years later, the body of her husband James III was brought here following his death at (or in the aftermath of) the battle of Sauchieburn.

The abbey has had royal connections since its foundation around 1140, when it was founded by King David I to serve nearby Stirling Castle. One of the unique highlights of the building is the 13th-century free-standing bell tower with lancet windows.

You can also see the stone tomb of Margaret and James, where they were laid following excavation of what are believed to be their remains in 1864. 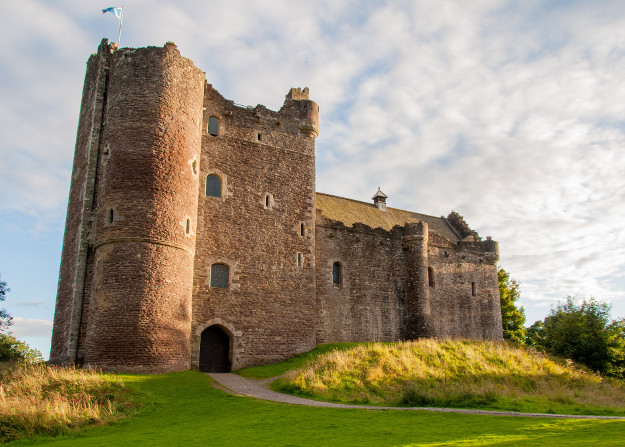 13th-century Doune Castle near Stirling was one of the properties granted to Mary of Guelders as part of her settlement after the death of her husband James II in 1460. The property was also a dower house for two other Stewart queens: Margaret of Denmark and Margaret Tudor.

The castle was built in the 14th century for ‘uncrowned king’ Robert Stewart, duke of Albany, following his marriage to Margaret Graham, Countess of Menteith. The Duke was the younger brother of King Robert III and effectively ruled the kingdom between 1386 until his death in 1420, because of Robert III’s infirmity, and the imprisonment of his heir James I in England. Don’t miss one of Scotland’s best preserved great halls, with a musician’s gallery.

More recently, the castle featured as the fictional Castle Leoch in the Outlander TV series. 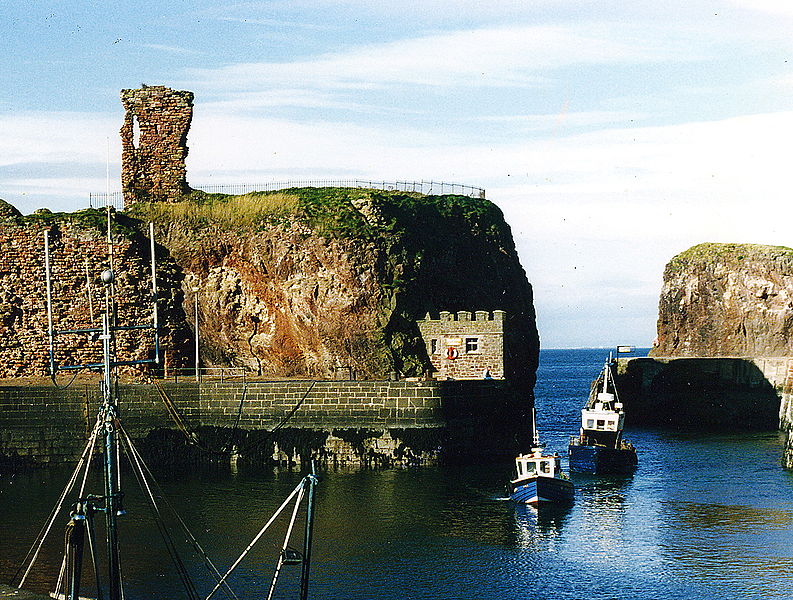 This medieval castle has a sad association with Joan Beaufort, as she was besieged here at the time of her death, on 15 July 1445. Joan had fled to the castle following the death of her husband and her subsequent marriage to James Stewart, Black Knight of Lorn, which ended in her having to sign over custody of her young son, James II.

Although little remains of the harbour-side castle in East Lothian, it is possible to see traces of its status as one of Scotland’s finest fortresses. A stone castle has stood on this site since at least the thirteenth century and the site has been fortified since the seventh century. Although the castle endured many sieges it eventually succumbed when it was dismantled in 1457 to prevent it being used by the English. It was restored and then burnt during the Rough Wooings before finally being ‘cast down utterly to the ground’ following a siege in 1567. 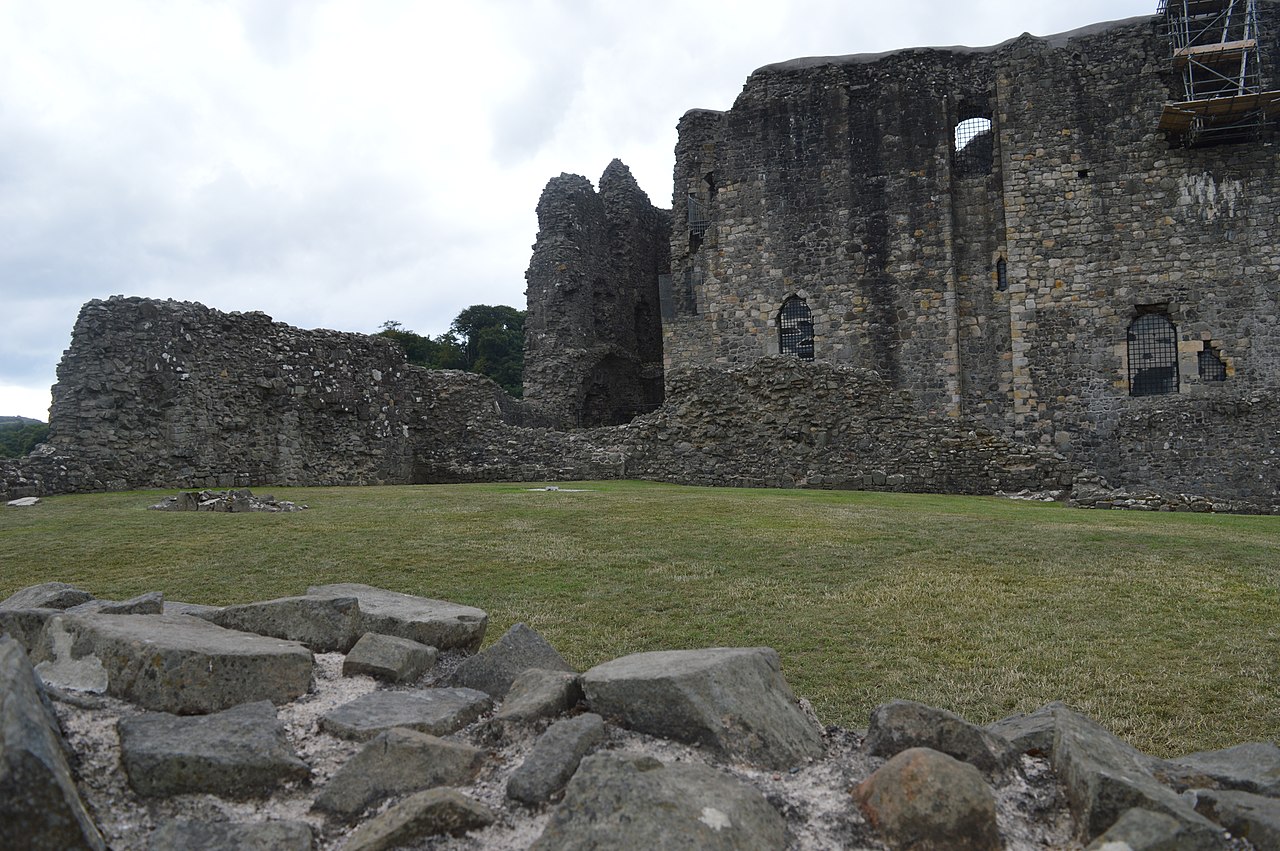 Robert II, the husband of Euphemia Ross, died at Dundonald Castle in Ayrshire on 19 April 1390, and at least one of the royal couple’s children (Catherine, in 1362) was born there. The castle was built for Robert II as a fortified tower house and was passed on to his son Robert III. The castle was once three storeys high and Euphemia and the family would have occupied royal apartments on the top floor, with feasting and business of court held on the floor below.

The castle is open all year round and has a visitor centre that recounts the building’s dramatic past. 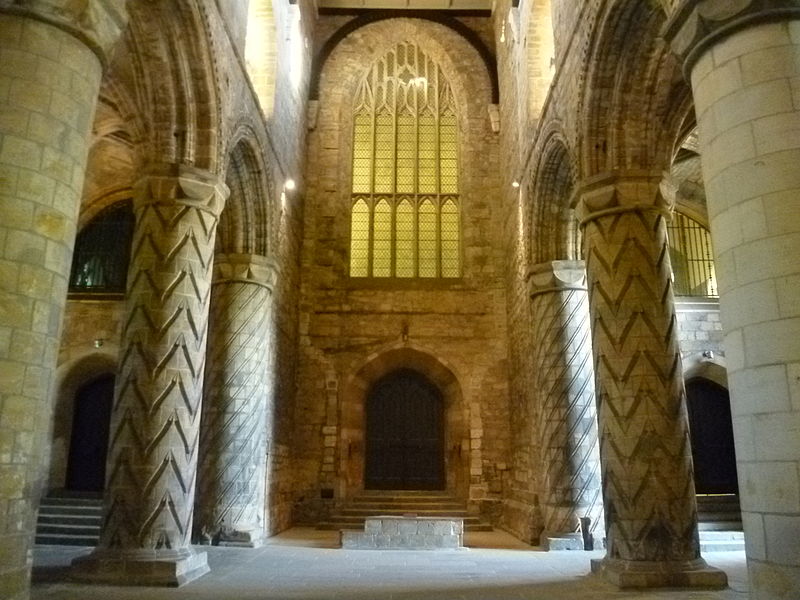 This splendid abbey is the final resting place of Annabella Drummond, who died at Scone Palace. The abbey has strong royal connections – Robert the Bruce, Malcolm Canmore and Queen Margaret are also buried here. The abbey has been a worshipping community since 1072, when it was founded as a Benedictine abbey by Queen Margaret, whose shrine at the site is still a place of pilgrimage.

The medieval nave has a stained glass window dedicated to Annabella’s memory, featuring her coat of arms as queen consort. 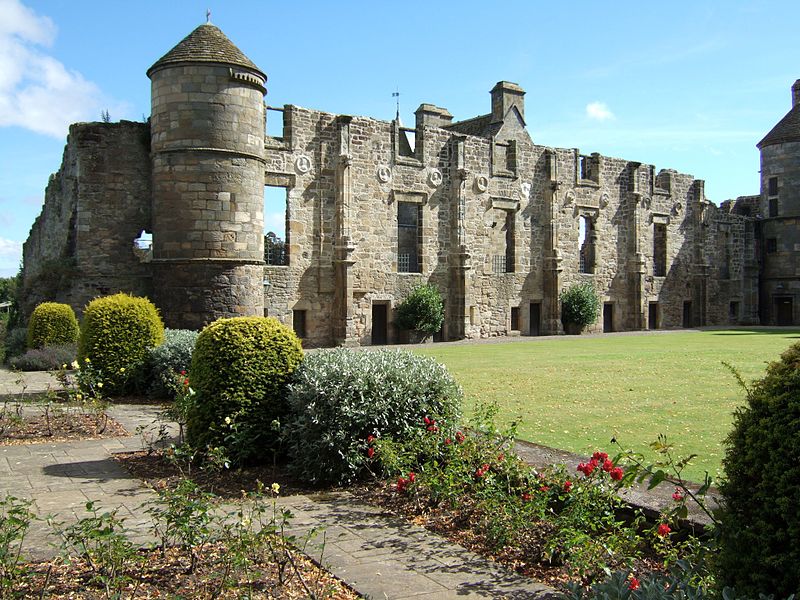 This substantial palace in Fife has strong associations with the Stewart kings and queens, and particularly Mary Queen of Scots, who enjoyed leisure time, playing tennis and hunting.

Mary of Guelders stayed here before the renovations and building work carried out by James IV and James V and as such, Falkland would have a been a fortress-like castle rather than the royal palace it would later become.

In Mary of Guelders’ day the castle was surrounded by acres of forest used for hunting game. Falkland was favoured by the royal family as it offered rural seclusion but relatively easy access to places such as Perth, Dundee and Stirling.

The palace and gardens are open between March and October. 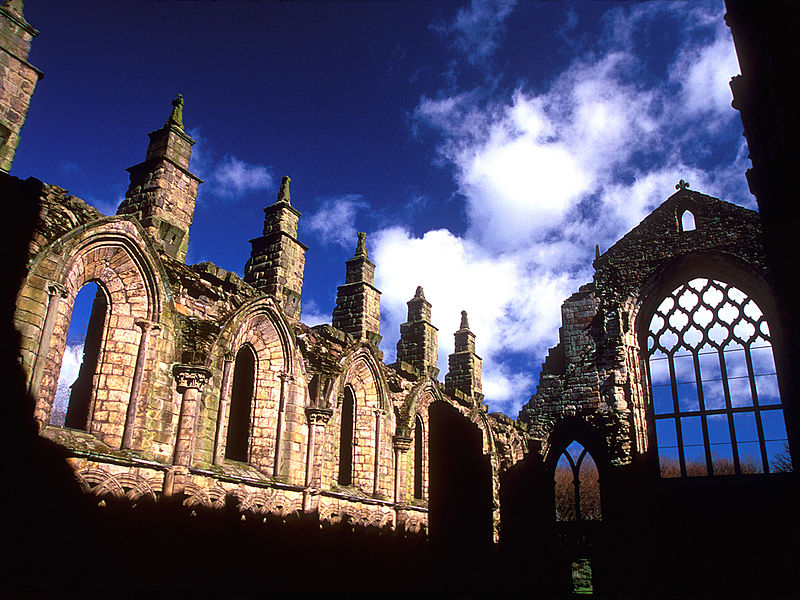 For centuries the abbey and palace of Holyrood have been a favoured royal residence and place of worship and the site’s connections with Britain’s royal family continues to the present day. Mary of Guelders married James II on 3 July 1449 at Holyrood Abbey, being crowned queen consort after the marriage ceremony, which was followed by a lavish feast. Mary had been in Scotland just four weeks when the marriage took place, and the procession before the wedding would have allowed the citizens of Edinburgh one of their first glimpses of their future queen.

Mary founded nearby Trinity College Church (that once stood on the south side of Calton Hill and was removed to make way for Edinburgh Waverley Station) in memory of James II after his death in 1460. She is buried at Holyrood Abbey after her remains were moved from Trinity Church in 1848.

Like her fellow queen consort, Margaret Tudor was both married and crowned at Holyrood Abbey, with her ceremony taking place on 8 August 1503 with the bishops of Glasgow and York officiating, reflecting Margaret’s English and Scottish connections. 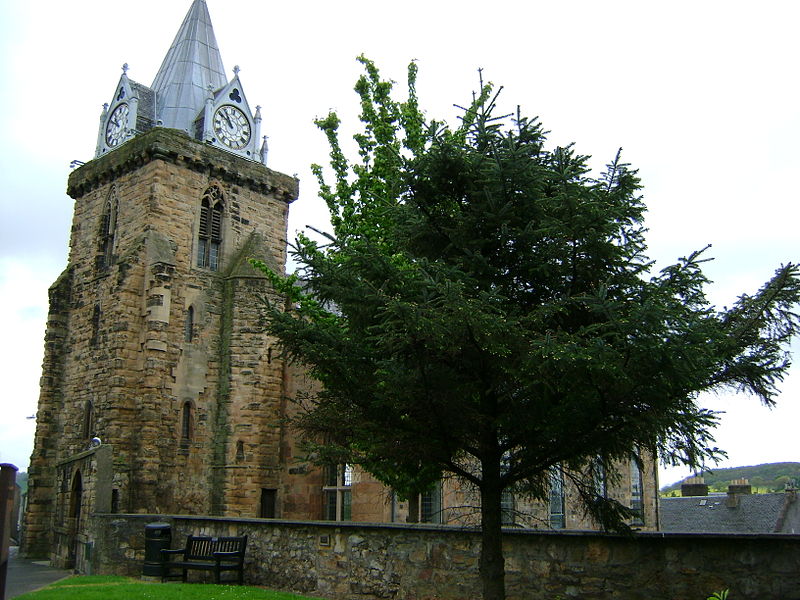 Annabella Drummond has long been associated with both the burgh and church of Inverkeithing in Fife – and the area has historic connections with royalty, in part because of its location on the route between the palaces of Falkland, Perth and Dunfermline. Although tradition states that Annabella stayed in a house in the town, no written evidence of this has been found.

What is certain, though, is Annabella’s connections with the church at Inverkeithing – and this can be seen in the form of a sandstone baptismal font in the building that bears the queen’s arms. Don’t miss the mercat cross, which was erected around the time of the queen’s death, and Greyfriars Convent, established in the mid fourteenth century. 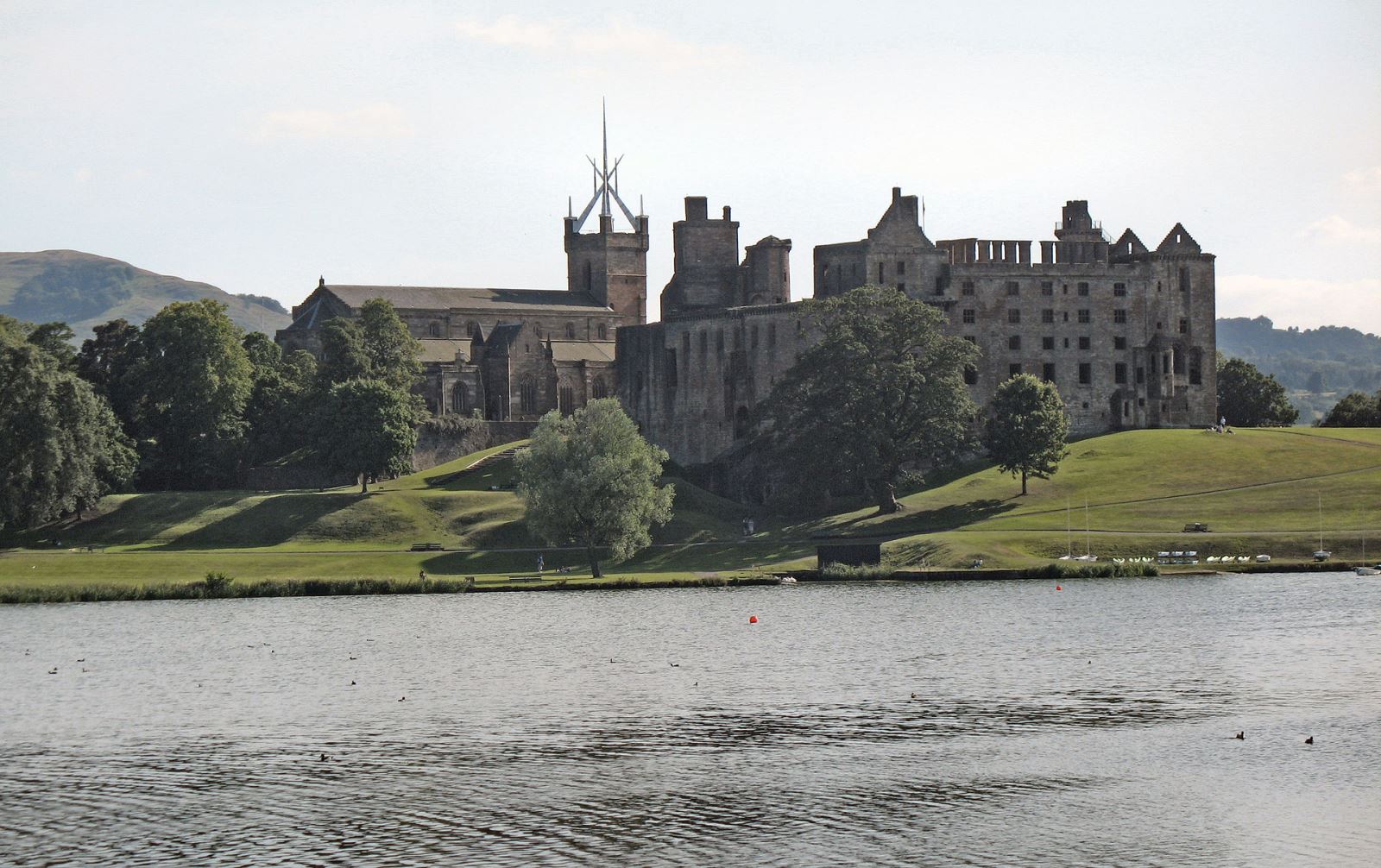 Much of what can be seen of Linlithgow Palace nowadays is the work of King James V and VI, who carried out substantial improvements. However, long before the sixteenth century, the palace was a royal residence, having being built on the orders of James I in 1424, creating a new palace on the remains of an older structure.

What hasn’t changed, however, is the site’s convenient location between Edinburgh Castle and Stirling Castle, and its lochside location – as enjoyed by Joan Beaufort, who is recorded as having purchased a ‘little boat’ that she might well have sailed in these waters. Joan and her husband James I used Linlithgow Palace as a showpiece through which to impress overseas ambassadors, with the finest tapestries and furnishings on display.

Two queens named Margaret are also mentioned in connection with the palace. Linlithgow Palace was part of the marriage portion of Margaret of Denmark, whilst Margaret Tudor is said to have kept a futile lookout for the return of her husband James IV from the Battle of Flodden – to no avail, since the king was killed on the battlefield. 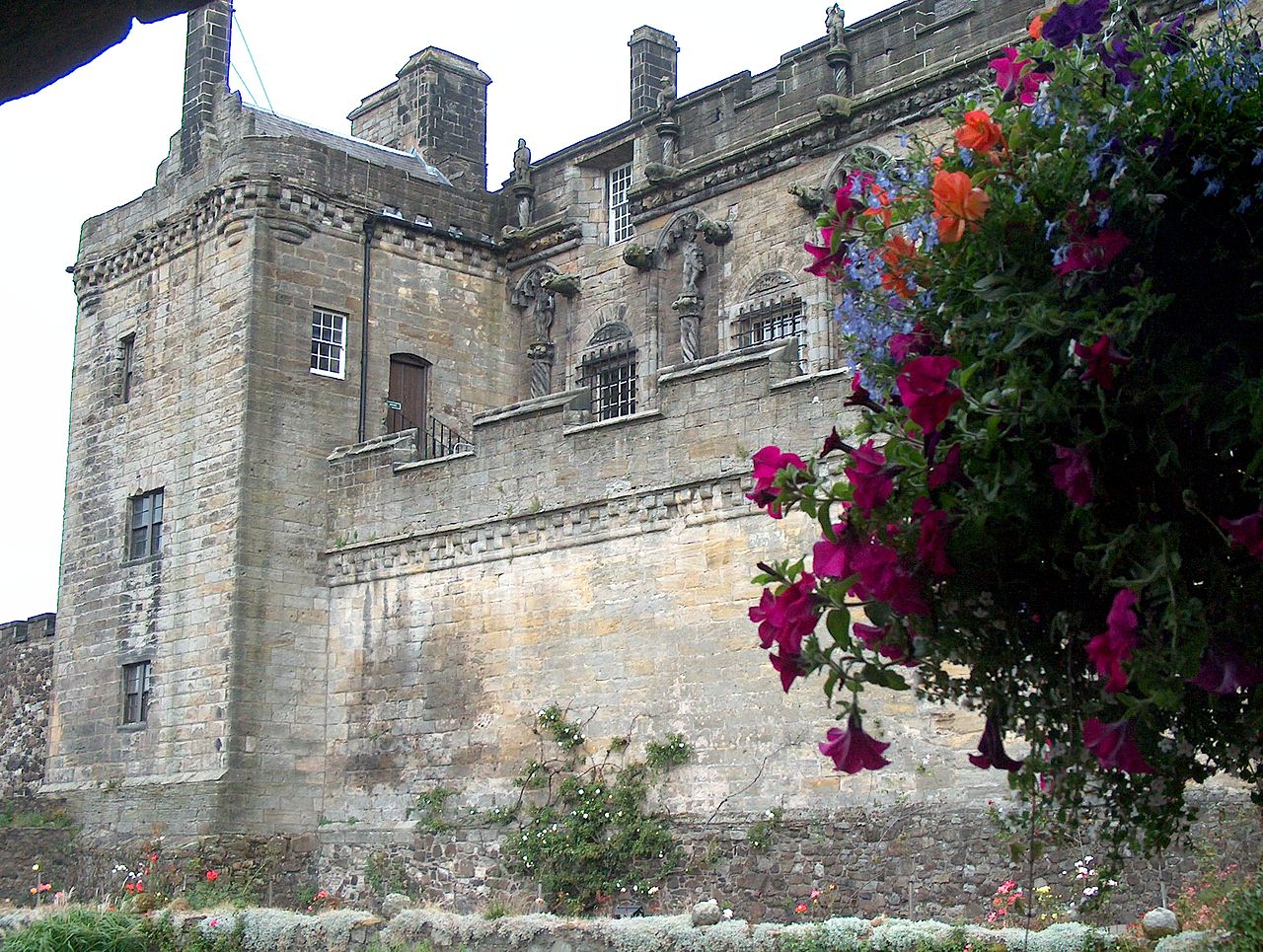 The mighty fortress of Stirling Castle has provided refuge for centuries and in 1437, it was the place where Joan Beaufort fled with her young son following the assassination of her husband James I in Perth.

At least one of the children of Mary of Guelders and James II (Mary Stewart, countess of Arran) and possibly also the future James III was born at Stirling Castle. The castle is also associated with Margaret of Denmark, who died here on 14 July 1486 at the age of 30.