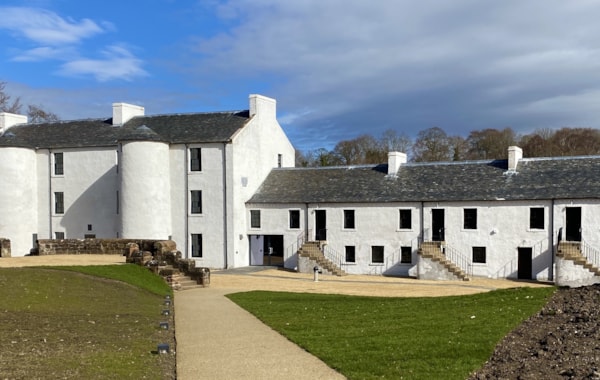 The David Livingstone Birthplace in South Lanarkshire, home to one of Scotland’s most famous explorers, is set to reopen this summer following a £9.1m regeneration plan.

Located on the site of the former Blantyre Works Mill, on the banks of the River Clyde, the Birthplace includes a brand new exhibition space in the historic Shuttle Row tenements where David Livingstone was born and raised; a newly refurbished shop and café, new children’s play park, and 11 hectares of free to access parkland.

Who was David Livingstone?

David Livingstone (1813-1873) was a Scottish physician and Christian missionary with the London Missionary Society. From his humble beginnings working at the Blantyre Mill Works, he became a life-long anti-slavery campaigner, abolitionist, and well-respected explorer in Africa.

He is considered to be of great international importance in terms of his contribution to science, exploration, faith and humanitarianism, and his discoveries – geographic, technical, medical, and social – provided a complex body of knowledge that is still being studied today.

The regeneration, funded by the National Lottery Heritage Fund, Scottish Government and Historic Environment Scotland, will allow visitors to explore the 21st century legacy of Livingstone’s story; told from multiple perspectives, and central to discussions around Scotland’s role in slavery and colonisation.

When the Museum reopens, there will be 30% more of its internationally significant collection on display, including some favourite items such as the red shirt Livingstone is supposed to have been wearing when he met Stanley ('Dr Livingstone I presume?'), the book collection Livingstone used to educate himself as a young boy at the Mill, and the Pilkington Jackson Tableaux commissioned for the Museum’s original opening in 1929.

The Tableaux depicts eight scenes from Livingstone’s life and has been reinterpreted by celebrated Zimbabwean author, lawyer and Livingstone scholar, Petina Gappah to illustrate, using animation, the often unrecognised contributions made by Livingstone’s companions towards his explorations.

To find out more about the David Livingstone Birthplace visit the website.