It is known around the world as a location for the TV series Outlander, but the landscape around the picturesque village of Falkland is being permanently altered by weather events influenced by climate change.

Research by members of the University of Dundee’s Geography and Environmental Science department found that a storm in the hills above the chocolate box community triggered landslips powerful enough to destroy buildings. 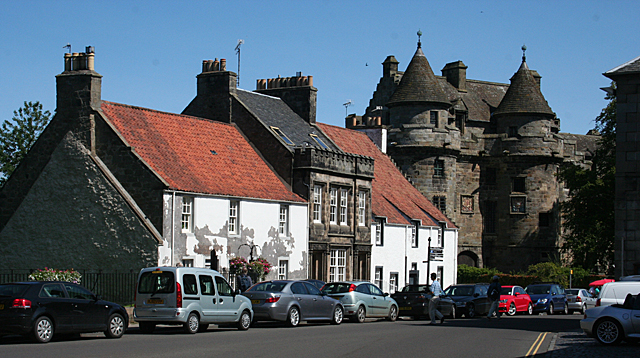 Picturesque Falkland attracts visitors from around the world

Academics looked at the impact that a thunderstorm in August 2020 had on sites within the Lomond Hills, noting changes in the landscape prompted by intense rainfall.

“We can no longer dismiss these events as one-offs,” said Dr Martin Kirkbride, a Reader in Geography and Environmental Science within Dundee’s School of Social Sciences.

“In the past these storms have been dismissed as extreme events or ‘Acts of God,’ but they are becoming increasingly frequent, and we need to plan for them.

“The storm we studied moved boulders which were up to three metres across. These would not have been moved for centuries and would have required tremendous amounts of force to be relocated. If a house had been in the path of such a boulder then it would almost certainly have been destroyed. 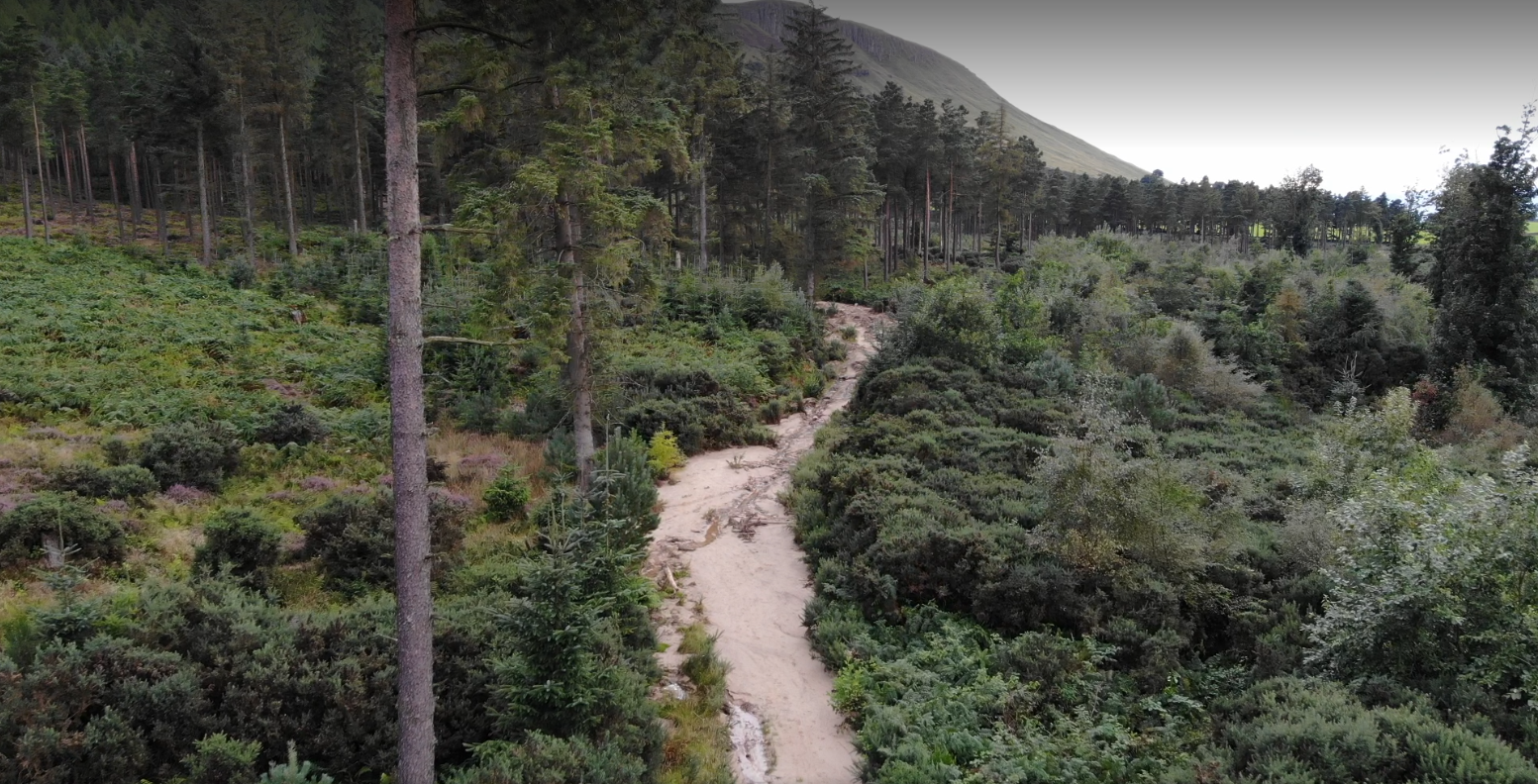 “There is a systematic change in our climate and these storms, and the consequences of these events are indicators of that.”

The storm of August 11 2020 left a trail of destruction across several regions, with hundreds of homes flooded and transport routes disrupted. A separate storm cell also led to a fatal train derailment near Stonehaven.

The intensity of the rainfall, described as “exceptional” by SEPA, saw rain gauges record over 50mm in three hours in Glenrothes, just miles from the Lomond Hills, rising to around 100mm overnight.

The ferocious downpour was generated by a strong convection of turbulent humid air, an event that is difficult to predict at a local level given the relatively short time required for them to develop.

Dr Kirkbride and departmental colleague, Dr Andrew Black, visited the Lomond Hills in the aftermath to study its impact on the landscape, which included several small landslides and debris flows. Upon closer inspection, one of these landslides had travelled more than a kilometre and contained boulders, soil and fallen trees. It deposited more than 1500 tonnes of debris, eroding a forest gully and devastating a local road. 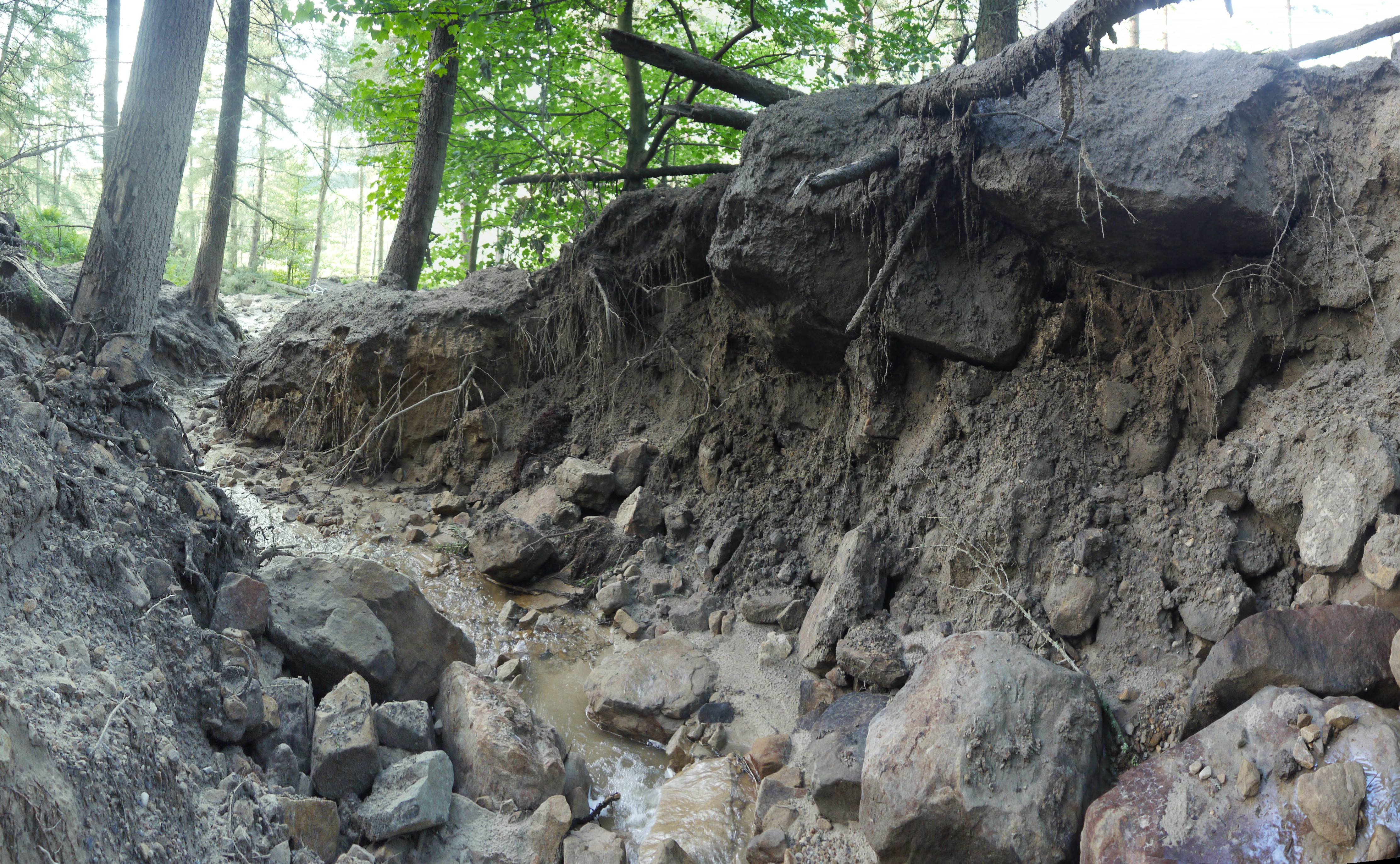 Further, smaller landslides were triggered by pressurised water at the base of or within the soil, overcoming the strength of the soil layer and causing it to fail, similar to the debris flows that regularly block the A83 Rest and Be Thankful pass in the southwest Highlands.

Weather models project that while daily summer rainfall levels will drop in the coming decades, the intensity of summer rainfall will increase significantly as our climate warms and convection becomes a more common mechanism for rainfall generation. Earlier this year, the World Meteorological Organization warned that the number of weather-related disasters to hit the world has increased five-fold over the past 50 years, with climate change, more extreme weather and better reporting behind the rise in these extreme events.

Recording such isolated case studies just now is important for building a database which may reveal a pattern in years to come,” added Dr Kirkbride.

“We cannot ascribe every individual event to climate change, but with careful observation we can detect shifts in the frequency of hazardous geomorphological processes and interpret the type of location that is susceptible to hazardous responses.

“Doing this means we will be better placed to mitigate these ‘natural’ hazards through policy, planning and weather forecasting.”

The findings have been published in the Scottish Geographical Journal.

(report and images all courtesy of University of Dundee, except Falkland village scene, copyright Anne Burgess)