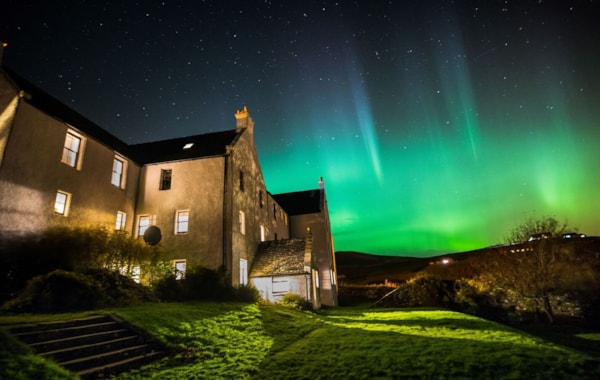 Located on the shore of sheltered Busta Voe on mainland Shetland, Busta House, Shetland’s leading country house hotel, is the perfect base for your Shetland adventure.

You can explore the prehistoric landscape on breath-taking Geotours or discover ancient civilisation at archaeological digs, delving into the ancient history of the Shetland isles.

The history of Busta House 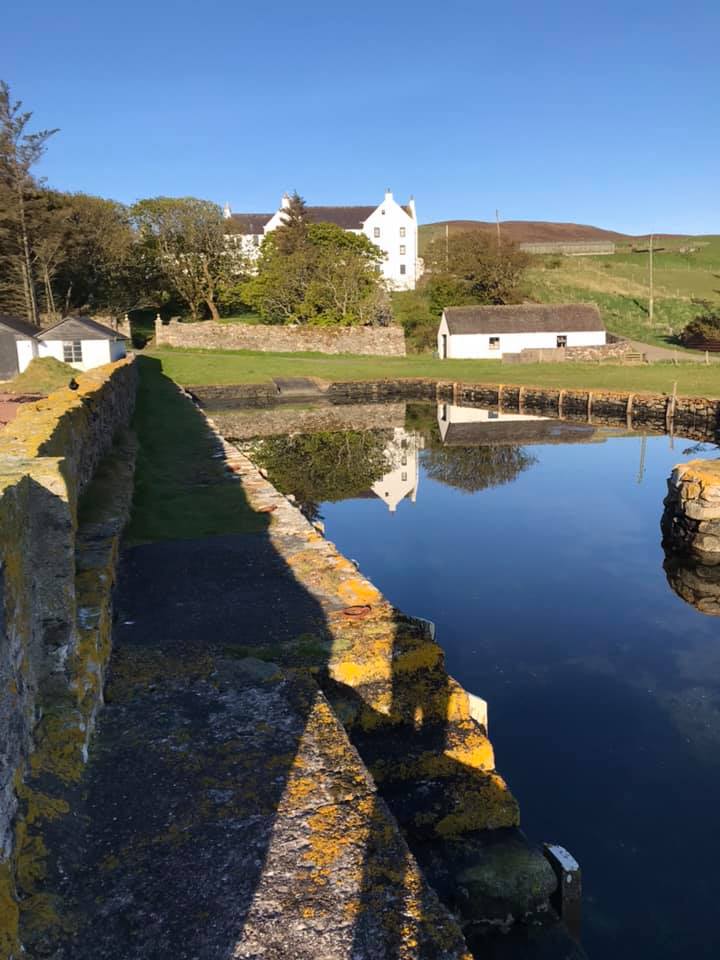 In 1748, Thomas Gifford, a wealthy landowner and merchant, married to an ambitious wife and with 14 children, including 4 sons, must have felt his patrimony to be secure.

His eldest son, John, aged 30, should by now have been married with heirs of his own, however he had eyes only for his orphaned cousin, who lived in the house as a companion to Lady Gifford.

Her name was Barbara Pitcairn. The Giffords were resolutely against so unsuitable a match for their heir, and events would soon spin out of control.

On 14 May 1748, John, his 3 brothers, their tutor and a boatman, set off across the voe to visit relatives at Wethersta.

The next day when they had not returned, frantic search parties were sent out, and eventually the boat was found, upright, with John’s hat and stick still in it. Of the 6 men there was no trace.

At last the bodies of John Gifford and the tutor were dredged up, though none of the others were ever discovered. 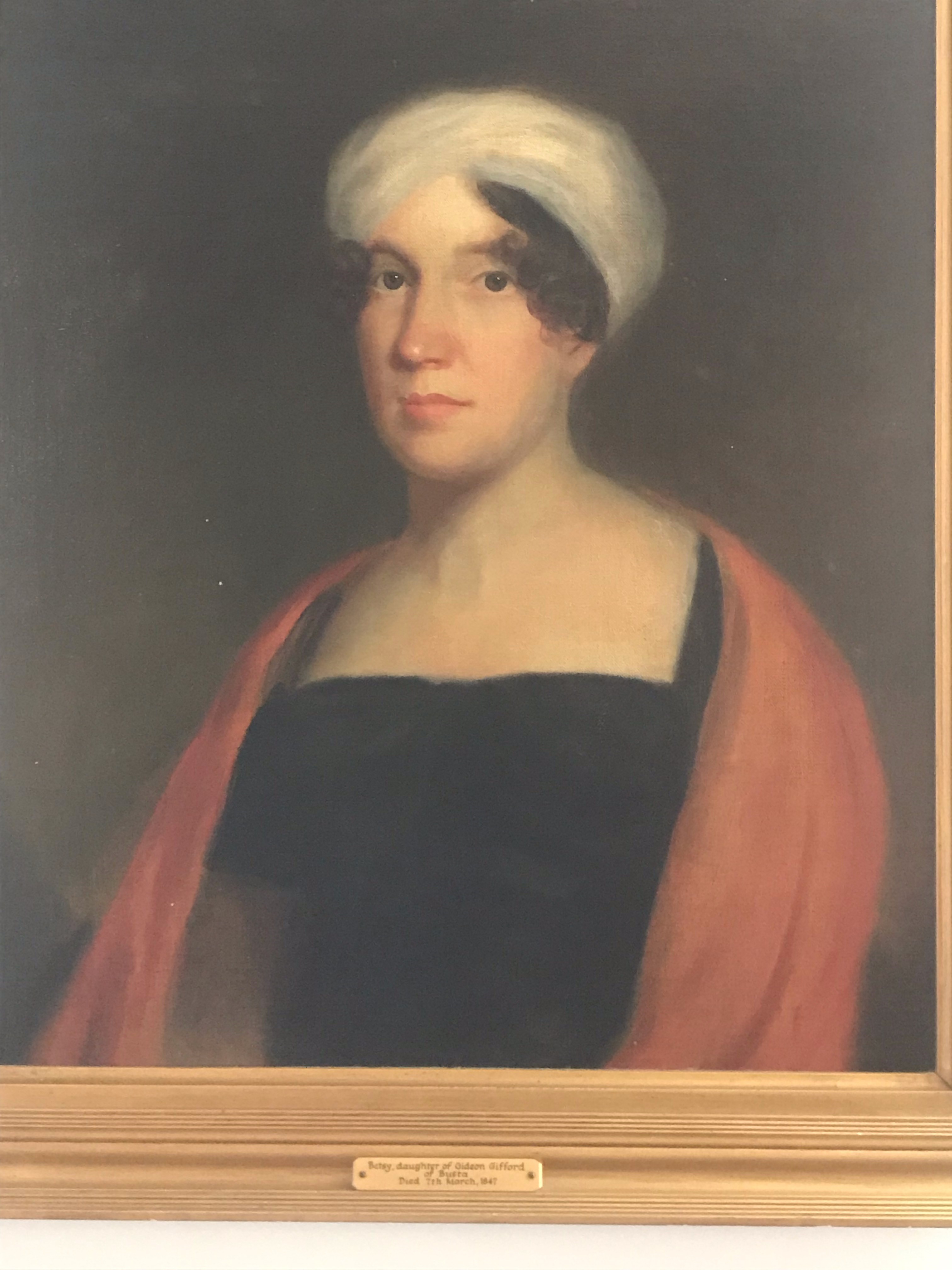 Barbara Pitcairn then went to the Giffords and told them that she and John had been secretly married some months ago, and that she was expecting his child.

They, however, refused to acknowledge that a marriage had taken place, although when the child, a boy, was born both grandparents took to him at once and decided to bring him up as their heir. He was christened Gideon.

But they never forgave Barbara. She was a spirited young lady and it was not long before she and Lady Gifford had their final quarrel.

Barbara was sent packing to live in Lerwick - in those days a 14-hour boat journey away. Gideon stayed at Busta House to be raised as a gentleman. Barbara would only see her son one more time, when he was 7 years old.

She died aged only 35, and there can be no doubt that she died grieving, for she had been cruelly treated. Perhaps her ghost returns, as during life she could not, to look for her son or even for her lover.

It was said that Barbara had produced a Marriage Certificate and that it had been stolen from her and hidden by Lady Gifford, who didn’t want to see Barbara usurp her place.

If so it was the most unwise thing she ever did, because the supposed illegitimacy of Gideon later caused a lawsuit to be brought against him by an envious cousin, which took 93 years to resolve, and brought the estates of Busta House to ruin.

The house was eventually bought in the 1950s by Sir Basil Neven Spence, another Shetland landowner. He was Lord Lieutenant of Shetland and a Member of Parliament, as a result of which occupation he was able to rescue and bring to Shetland some gargoyles from the House of Commons in London, which, damaged by wartime bombing were being discarded during renovation work.

These gargoyles are still in the gardens of Busta House, staring blankly out over the sea, where the four sons of Thomas and Elizabeth met their deaths on a calm May evening.

As for Barbara, she still haunts the old house searching for her son Gideon and is frequently seen by guests.

Your stay at Busta House

With 22 beautiful bedrooms and a picturesque setting, this 3-star accommodation is just 1 hour from Sumburgh airport and 30 minutes from Northlink ferry terminal.

Find out more in our Historic Hotels spotlight. 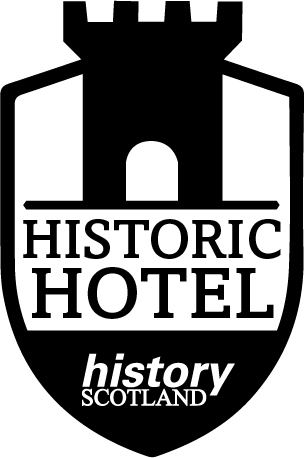