Archaeological charity Caithness Broch Project yesterday unveiled their vision for the first broch to be built in Scotland in 2,000 years.

Brochs - tall, double-walled, drystone towers found only in Scotland - were once common features in the Iron Age landscape across the Highlands and Islands, and Caithness can lay claim to have more brochs than anywhere else. Caithness Broch Project (CBP) now want to recreate one as a visitor attraction for the county.

The visuals, created by digital reconstruction artist Bob Marshall, showcase the ambitious aims of the charity, who seek to construct the monument using tools and techniques only available to their Iron Age counterparts.

The broch, designed by CBP co-founder Iain Maclean, reflects the wider architectural repertoire of brochs across Scotland, incorporates a number of flourishes such as triangular doorway lintels, cells built into the broch itself, and a series of outbuildings such as wags, wheelhouses and blockhouses. 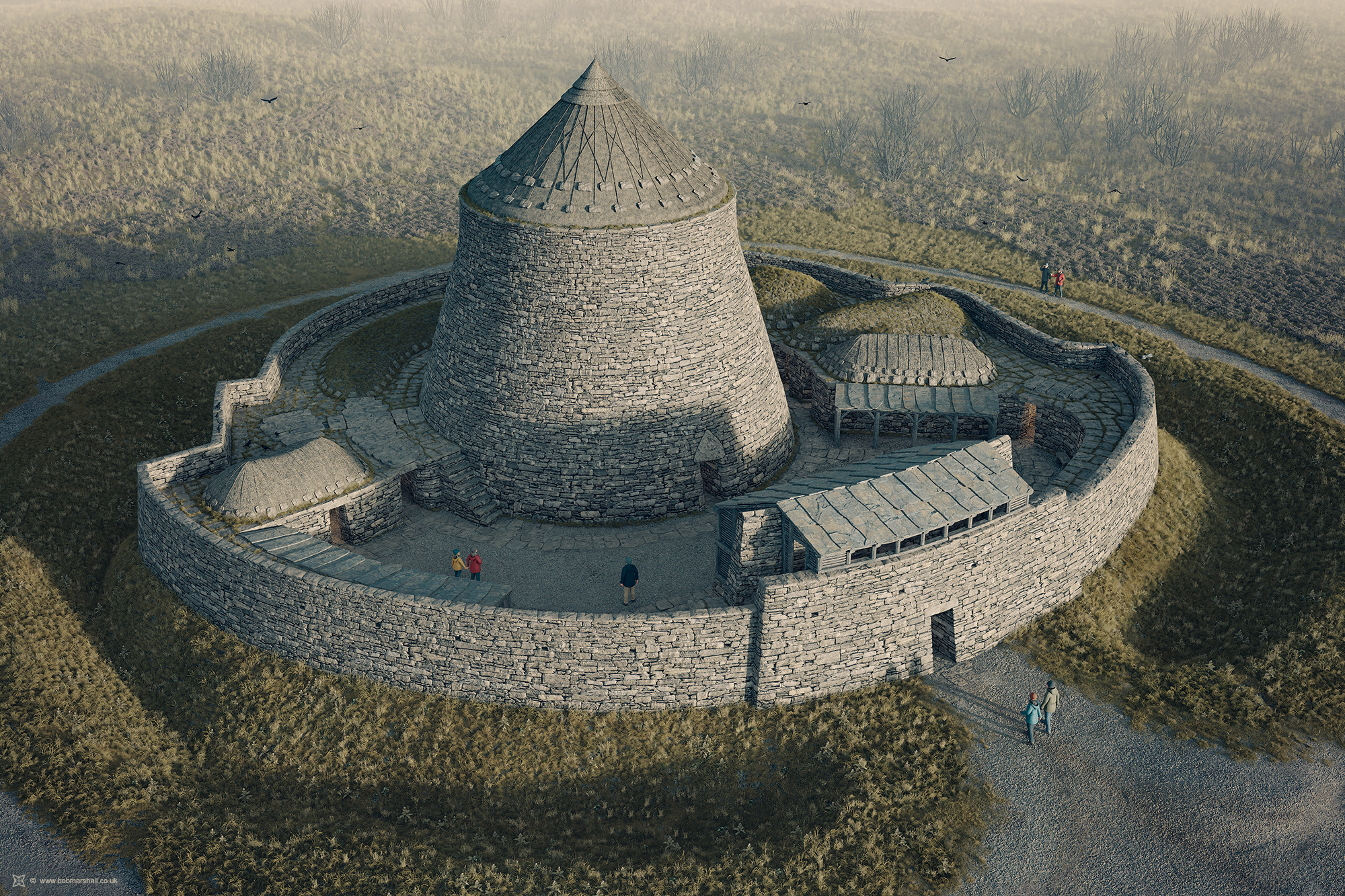 “We wanted to capture a variety of features found in Broch construction from all over Scotland, so the design isn't a carbon copy of any individual Broch but instead is a kind of chimaera of elements chosen for a number of reasons, ranging from structural robustness, health and safety, or purely because they were interesting. features." said co-founder and director Iain Maclean.

Maclean also noted that there were “elements of the design such as the roof and the construction of the floors that had to be figured out with a degree of educated guesswork and speculation given that none of these survive in archaeological record”, remarking that their broch vision was “as honest an interpretation of what a Broch looked like as we may ever arrive at.”

It is hoped that the project will become an important visitor attraction for the region of Caithness, which has recently been projected to lose over 20% of its population over the next 20 years. 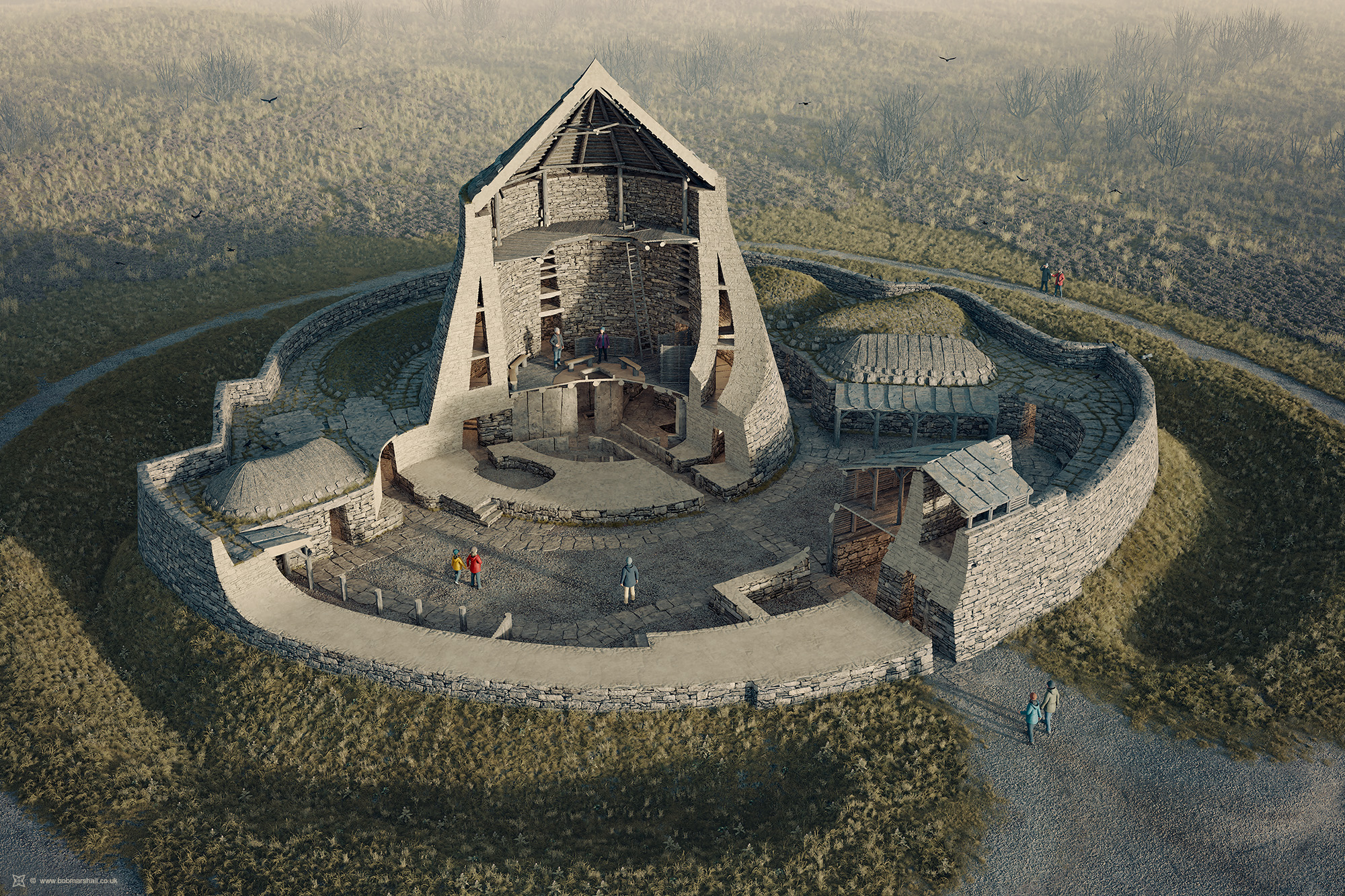 “This project will be a hugely important one for the county,” remarked CBP director Kenneth McElroy, “not only do we want this to become a sustainable and successful contribution to the economy of Caithness, but it could become an icon for the county too.”

Caithness Broch Project hope to acquire land for the construction of the broch within the next year, with funding sources from a variety of sources. By 2023 it is hoped they can begin their project in earnest, involving a wide range of skilled heritage craftspeople.

For more on Caithness Broch Project, visit the project website.