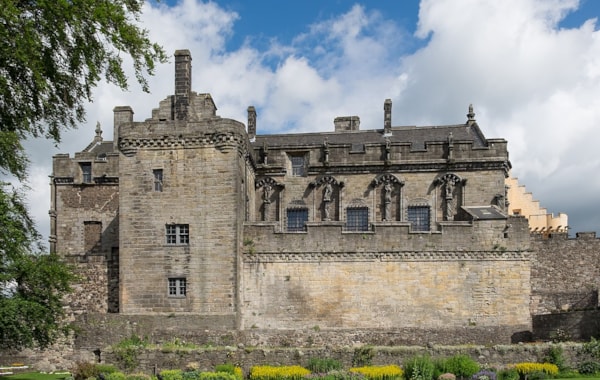 Find out which historic attractions around Scotland are reopening and when in our regularly updated round-up.

Please note that the information is correct at the time of writing – do check with the property before visiting and keep an eye on Covid-19 restrictions and social distancing requirements during this fast-changing situation.

For the latest history and heritage news, opinion and features, sign up to our FREE monthly newsletter.

Stirling Castle's royal palace has reopened, where you can step into the childhood home of Mary Queen of Scots to get a sense of what life was like during the 16th century for Scotland's royalty.

Visits through the palace will be led by a guide in small groups from a maximum of two different households. Visits will start from the Lion's Den and will take place every few minutes.

The castle exhibition and Stirling Heads gallery are also open. Visit every day from 9am to 5pm, last entry at 4.15pm. Advance booking required. Find out more here.

Dunfermline Abbey Nave (Fife) has reopened to visitors for select days during October after closing its doors in March due to COVID-19 restrictions.

Timed visitor slots have been introduced to manage capacity, with the Abbey Nave open 10am to 3.15pm on the following days in October:

The Hunterian Museum reopened on 18 August and the Art Gallery will reopen on 22 September with new temporary opening hours: 10am to 4pm Tuesday to Saturday and 11am to 4pm on Sundays. Admission remains free and is by pre-booked timed ticket. Tickets are available via the website.

National Library of Scotland today (8 September) announced the library at Kelvin Hall in Glasgow is scheduled to reopen to visitors on 22 September.

Opening hours will be 10am-4pm from Tuesday to Saturday and no pre-booking is required. Staff will monitor visitor numbers and may ask visitors to queue in the corridor if the building reaches capacity. All visitors are asked to wear face coverings and maintain physical distancing.

The roll-out of reopening sites will take place throughout the country with Dunblane Cathedral reopening on Wednesday 2 September followed by Aberdour Castle, Dryburgh Abbey and Craigmillar Castle on Friday 4 September. Tickets for these sites are on sale as of today (Monday 24 August).

Armadale Castle, Isle of Skye, is welcoming visitors to its gardens and museums as shown below:

The site will also open in October & November and will confirm details nearer the time on their website.

The castle gardens and adventure playground are open four days a week - Friday to Monday - in August. Visitors are asked to book online.

Glasgow's Hunterian will reopen on 18 August, with temporary opening hours: 10.00am until 4.00pm from Tuesday to Saturday and 11.00am until 4.00pm on Sundays. Visitors are asked to pre-book a timed entry ticket on the website.

The roll-out of reopening sites will take place throughout the country with Blackness Castle reopening on 17 August, followed by Inchcolm Abbey, Huntly Castle and Melrose Abbey on 19 August, and Elgin Cathedral and Caerlaverock Castle on 21 August. Tickets for these sites are on sale on the HES website.

Doune Castle, Dunstaffnage Castle and Linlithgow Palace will then reopen the following week on 26 August, followed by Skara Brae, Tantallon Castle (pictured above) and Glasgow Cathedral on 28 August.

HES is on track to reopen a further 10 ticketed sites in September, and this will be assessed in line with Scottish Government guidance.

The West Highland Museum in Fort William plans to reopen on 1 September, with opening hours and visitor information due to be released at the end of August.

Modern Two and the Scottish National Portrait Gallery are scheduled to reopen in autumn.

The grounds of Traquair House, Scotland's oldest inhabited house, reopened to the public on 17 July. At present only the grounds are open. This includes the maze, brewery, woodland walks, play areas, Garden Café and Old Walled Garden.

The HMS Unicorn in Dundee reopens on 31 July. Visitors can book online or at the ticket desk on arrival. The ships is a rare survivor from the days of sail, one of the six oldest ships in the world and Scotland's only representative of the sailing navy.

All visitors will be required to select a pre-booked time slot for entry and from 5-16 August, entry to the National Museum of Flight will be free.

Gardens open from 23 July, with the museum to follow in early August.

Gairloch Museum is open Wed-Sat, 10am to 5pm.

Thanks to ARCH Highland for supplying the above information.

The McManus, Dundee will reopen on 20 August. Visitors can enjoy two exhibitions:  A Love Letter to Dundee: Joseph McKenzie Photographs 1964-87 runs until 24 October 2021. Time and Tide: The Transformation of the Tay runs until 18 April 2021.

VisitScotland has announced plans to reopen its 26 iCentres around the country by the end of August. Centres already open as of 21 July are: Edinburgh, Balloch, Aviemore, Jedburgh and Aberfoyle. The second phase (27 July) will include Oban, St Andrews, Pitlochry, Portree and Ullapool, with the rest of the sites reopening by the end of August.

VisitScotland said: 'The reopened iCentres will initially only offer an information service to visitors with the hope of reintroducing ticketing, accommodation booking and retail as soon as safe to do so.'

National Library of Scotland will reopen its reading rooms on a pre-booked basis at its George IV bridge and Causewayside buildings on 11 August, with the Kelvin Library in Glasgow due to reopen on 15 September.

V&A Dundee has announced an anticipated opening date of 27 August.

Historic Environment Scotland has today (13 Jul) confirmed when many of its most popular historic attractions will reopen. Its news release said: '

On Wednesday 15 July, HES will provide access to over 200 unstaffed and key-keeper sites across Scotland where physical distancing can be readily maintained and where HES can provide free and safe access.

26 ticketed sites across Scotland will then reopen on a rolling basis with Edinburgh Castle, Stirling Castle and Urquhart Castle reopening on Saturday 1 August.

From 1 August, HES will open up the external space at Edinburgh Castle, Stirling Castle and Urquhart Castle, as well as prioritising access to interior spaces where social distancing can be easily maintained. It is anticipated that by the end of August further internal spaces will open at all three sites, however, this will be assessed in line with Scottish Government guidance.

From August through to mid-September, HES plans to re-open a further 23 key sites across Scotland on a rolling programme including Glasgow Cathedral, Fort George, St Andrews Castle and Cathedral and Skara Brae.

Scotland's Garden Scheme has announced that some of its gardens will open from 15 July, with extra safety measures in place, and further gardens opening over the coming months. You can search for a garden to visit here.

Eilean Donan Castle in the Highlands reopens on 5 August.

National Trust for Scotland properties are reopening on a rolling basis, beginning with gardens and finishing with indoor properties, with the last due to reopen in the 2021-22 visitor season. For more details click here.

Drumlanrig Castle in Dumfries & Galloway has announced that its outdoor spaces and gardens are now open to the public three days a week. Entrance to the Estate is free, however tickets are required for the Gardens which are available from their website.

The National Wallace Monument in Stirling has announced a phased reopening from 15 July, starting with its Legends Coffee House and visitor shop.

Royal Collection Trust has announced that Palace of Holyroodhouse in Edinburgh will reopen to the public on 23 July 2020. See our report here for details.