An ancient woodland with links to Robert Burns has formally reopened to the public following a community buyout last year.

Loch Wood, near Lesmahagow in South Lanarkshire, has undergone an extensive makeover since it was bought by locals in 2021.

It is situated on Blackwood Estate, ancestral home of the prominent Weir family from medieval times until the 1930s. Whilst the grand house that once stood on the site is long gone, the grounds are steeped in history – even hosting the grave of a Covenanter dating back to 1685.

Famous visitors over the centuries include Scotland’s national bard, whose brother and sister spent time living on the estate, and the Grand Duke Michael of Russia, who stayed there in 1898.

The site is home to a wide diversity of wildlife, including protected species such as tawny owls, otters and kingfishers. But despite its rich historical past, it had lain overgrown and underused in recent decades.

The path to buyout

The £240,000 purchase came about after a campaign by residents of nearby Blackwood, Kirkmuirhill and Boghead and the Blackwood Estate Community Association (BECA) secured the future of the wood after receiving funding from a number of sources, including South Lanarkshire Council and the Scottish Land Fund.

Since then extensive maintenance, repair and health and safety improvements have been carried out, with more work still to be done, including fully reinstating a Victorian path network. The estate will be offering educational sessions for local schools. It is hoped the woodland will be established as a centre of biodiversity in future. 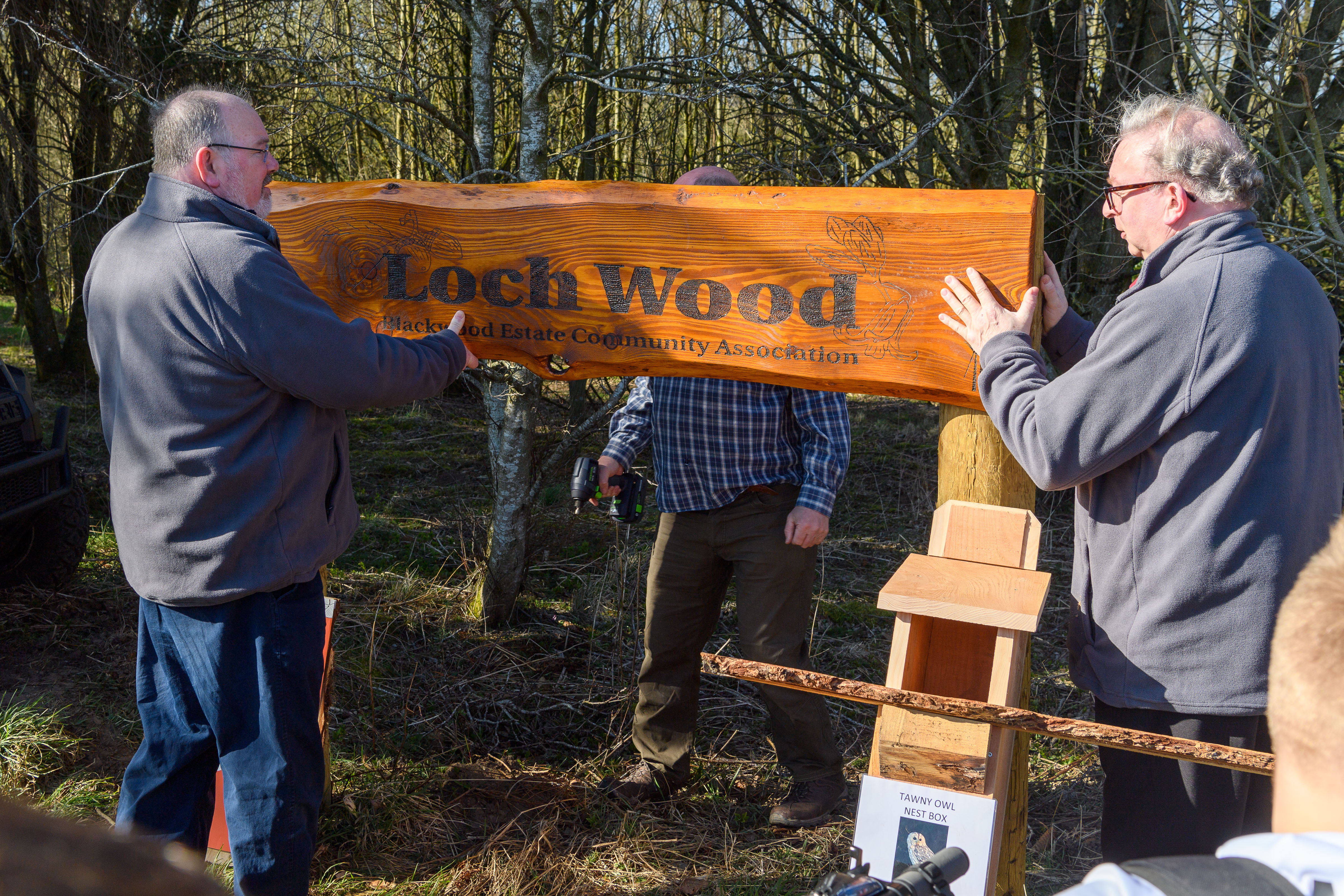 Loch Wood, at Blackwood Estate, has officially opened to the public after a community buyout in early 2021. Picture: Ian Georgeson

BECA is a charity founded in 2019 by a group of eight Blackwood residents who wanted to improve and conserve the natural environment and land around them.