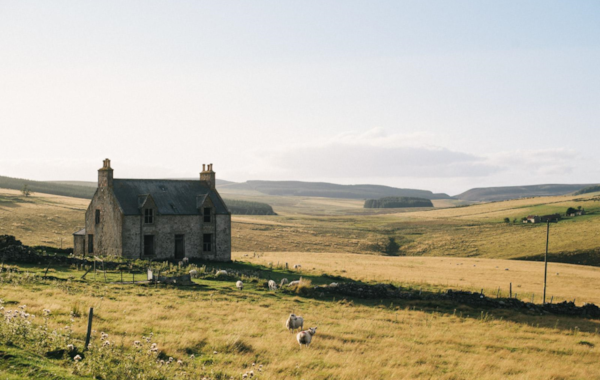 A project to build a £6.5 million visitor centre in the Cabrach region of Aberdeenshire has received a funding boost with an award of more than £28,000 from the National Lottery Heritage Fund.

A project to build a  £6.5 million visitor centre in the Cabrach region of Aberdeenshire has received a funding boost with an award of more than £28,000 from the National Lottery Heritage Fund.

The Cabrach Trust is currently fundraising in order to build a new £6.5 million visitor attraction in the Cabrach, an 80 square mile area of natural beauty in Aberdeenshire. The Heritage Centre will be the first to tell the story of illegal whisky making in Scotland and will bring jobs and investment to the area.

The Cabrach is known as one of the most important birthplaces of malt whisky because of its role at the heart of illicit whisky making during the 1700’s and early 1800s.  Dozens of illegal stills were hidden in the remote glens of the area.  The scale of the black market in whisky smuggling led to a change in the law in 1823 which legalised smaller whisky stills, creating the global Scotch whisky success story we know today.

The Cabrach area has also been described as a ‘living war memorial’ due to the large number of ruined buildings which are a reminder of the impact of the First and Second World Wars.  They were abandoned by families who could no longer make a living in the harsh conditions after losing family members in the conflicts.

Chief Executive of the Cabrach Trust, Anna Brennand said: “This important grant from the National Lottery Heritage Fund will enable the Trust to build on its progress to date, improving our capacity and increasing our knowledge.The funding will ensure that the Trust is fully prepared for the challenges that lie ahead and will support the Trust’s long-term ambitions to regenerate the Cabrach for our community.”

Key features at the new Heritage Centre will include a museum of illicit whisky and smuggling, a learning centre and historic working distillery based on the kind which would have been in operation in the Cabrach in the 1830’s. The new Heritage Centre will be constructed at Inverharroch Farm in the Cabrach, 8 miles from Dufftown.  It is expected to attract around 20,000 visitors a year and provide 15 jobs.

Image and report courtesy of The Cabrach Trust.