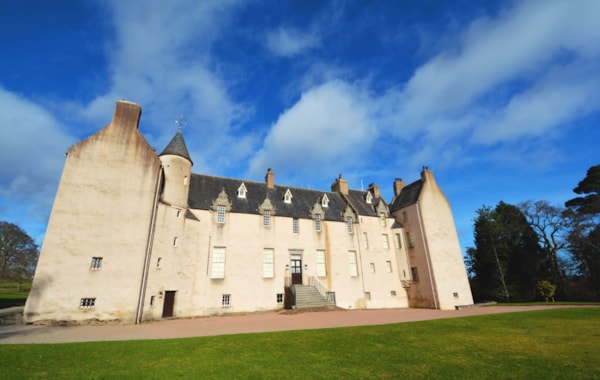 Visit and the University of Aberdeen’s Elphinstone Institute have teamed up for an initiative to collect and collate folklore which will then be used to create films, podcasts or other media, opening up the stories which have long been known in local communities to the wider world.

The University of Aberdeen’s Elphinstone Institute is the only research centre specialising in the vernacular culture of the north-east and north of Scotland, and will spearhead the project with its outputs informing tourism campaigns tied to the Year of Scotland’s Coasts and Waters 2020 and the Year of Scotland’s Stories 2022.
The stories of the region will be collected through the creation of a number of oral history hubs across Aberdeenshire which will not only support this project but will train local volunteers to collect and compile their history so that it can be preserved for future generations.
Dr Fiona-Jane Brown will lead the project which is funded by the European Agriculture Fund for Rural Development through LEADER.
ILLUMINATING HISTORY
Dr Fiona-Jane Brown will lead the project which is funded by the European Agriculture Fund for Rural Development through LEADER. She said: “The people of Aberdeenshire have a very distinctive character, illustrated in their speech, the Doric dialect, their hard work on land and at sea over many centuries, and in their folklore, the stories, songs, traditions and beliefs.  The latter is often overlooked by historians and inaccessible to visitors.
“This project will help illuminate some of the most fascinating oral history, folklore, and social heritage which can be found in Scotland.
“The Elphinstone Institute has a wealth of expertise in research in this field and working with communities to capture their oral and traditional histories and culture. I’m looking forward to working with communities to develop their stories, having already been involved in a similar project with heritage groups in Formartine back in 2006.  We’ll be tapping into the treasure trove of local memory and hoping to uncover some real gems.
“Once complete, the research will be used to create marketing assets which may include the creation of film, e-books, interactive maps, podcasts, or other media which will bring the stories and the places from which they originate to life.”
The project, which has been in development since 2018, also hopes to capitalise on the potential for increased visitor numbers as a result of the North-East 250 touring route and Aberdeenshire Coastal Trail.
QUICK LINK: The best historic attractions within 30 minutes of Aberdeen