Revealed: the Scottish islands people most want to visit 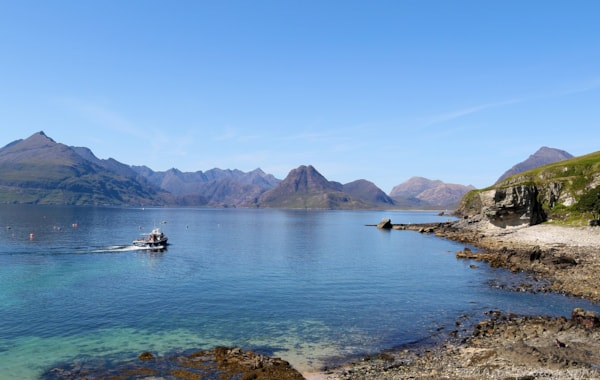 A poll to mark the 300th anniversary of the novel Robinson Crusoe has asked people to choose which Scottish island they would most like to visit.

The poll, commissioned by VisitScotland, asked 1227 respondents from across the country to select the island or islands they wanted to visit most.

Fieldwork took place in September and respondents were evenly distributed in age, gender and location.

The top three islands were:

These were closely followed by the Orkney and Shetland Islands, as well as the Isle of Lewis. The Isles of Mull and Islay were also very popular and Bute, Barra, Iona and Tiree and Colonsay also made the list.

Robinson Crusoe was written by Daniel Defoe and published in 1719. Often credited as marking the beginning of realistic fiction as a literary genre, it is a contender for the first English novel and is presented as an autobiography of the title character - a castaway who spends 28 years on a remote tropical desert island near Trinidad, encountering cannibals, captives, and mutineers, before ultimately being rescued.

It is widely considered to be inspired by the life of real-life castaway Alexander Selkirk who lived for four years on a Pacific island called "Más a Tierra", now part of Chile, which was renamed Robinson Crusoe Island in 1966.

Selkirk was from Lower Largo in Fife and the town has a bronze statue and plaque in memory of him, as well as a sign pointing to Robinson Crusoe Island.

The timing of the poll is particularly apt as Scotland prepares to celebrate the Year of Coasts and Waters 2020, a year-long programme of events and activities which will shine a spotlight on these vital elements of our landscape.