Bestselling author Peter Irvine shares his thoughts on how Scotland's history should be presented to the public and looks at whether we should avoid pandering to the preconceived notions some visitors have.

Bestselling author Peter Irvine shares his thoughts on how Scotland's history should be presented to the public and looks at whether we should avoid pandering to the preconceived notions some visitors have.

Like many, I suppose, I spent my youth and formative years oblivious to my own and my country’s history. History was for old folk, of which I am (reluctantly) becoming one. But maybe because they see themselves as ‘Millennials’ in itself a tribe defined by time, today’s younger generation have a much more developed respect for their place in history and the wider world than ever I can remember.

I’m from the Borders land of abbeys and valley towns and I’ve always been fiercely loyal to my roots but it wasn’t until I started writing a book that sought to identify and document all the best things about Scotland – not just for visitors and fellow Scots, but for myself – that I began to appreciate how our past is as crucial as our future.

This was brought home to me when I directed the Bannockburn Live event to mark the 700thanniversary of that most remarkable battle. The task was to commemorate rather than overtly celebrate and to chime with our times while paying reverence to something so unbelievably long ago.

Despite the uninvited political aspects of it (Armed Forces Day, the UK annual jamboree was ‘awarded’ to Stirling on the same weekend as an event which had been in the diary for seven centuries) and a mischievous media, the two-day festival was a critical and attendance success. The battle was sympathetically and spectacularly re-enacted, the field was filled with contemporary music from Scotland’s finest, and young people came in their droves. Without touting for (event) business I’d suggest there are many new ways to bring history alive in the plethora of sites that Scotland can well… boast. I’d suggest there’s a growing audience.

I imagine historians, and the folk who historians research and write about, must turn in their graves/ crypts/ mausoleums when they see what Hollywood, Netflix and even the Beeb have done with the dramatising of our well kent historical figures and the invented characters of the faux history fantasies like Outlanderor Vikings. The most recent expensively reimagined lives of Mary Queen of Scots and Bruce the Outlaw Kingwith their lavish costuming and de rigeur sex and violence divide critics and the public, informed or not, almost like Brexit.

But they are good for tourism and as we are oft reminded by VisitScotland, they show Scotland, especially our landscape, in a whole new fabulous light.

Traditional and historical culture and landscape, however digitally enhanced and transmogrified ,are undoubtedly one of the main reasons why visitors come so it becomes ever more important to aspire to present our history well and not necessarily pandering to manipulated preconceived notions. While many in the repackaging of Scotland for the TV generated market are merely ‘giving people what they want’ (including Made in China tartan and trinkets), the watchwords we proclaim and should protect – authenticity, integrity and genuine hospitality – must not be squandered on the ancient alter of opportunism and the making a quick bawbee.

Over 25 years in publication ofScotland the Best I have included in the history section categories - castles, country houses (what most people want) – along with those that more independently-minded visitors may seek – monuments, graveyards, ruins, prehistoric Sites and battlegrounds – always selecting and recommending those places that most evocatively tell their story, as with all things in the book from fine dining to fish ‘n’ chips, artisan bakers to beaches and walks.

Though the big attractions like Callanish, Stirling Castle, Culzean cannot but be celebrated, I’ve always sought out those, more obscure reminders of our past where the atmosphere and a tangible sense of place is an integral part of experience. Many as such are off the beaten track and you may even have them to yourself: all the better to savour. It’s not surprising that in finding them you discover or rediscover Scotland’s old landscape, topography and light in a whole new light.

A section called cheekily from the very first edition (long before the onscreen depictions), ‘Mary, Charlie and Bob’ guides the curious traveller beyond the palaces, castles and visitor centres to the back of beyond where the travels of these celebrity characters took them demonstrating perhaps what uncanny eyes they all had for the most dramatic of landscapes. Location finders for the Bonnie Prince Charlie biopic which must surely come, should look no further that the backdrops of his actual journeys.

I do think history will increasingly become part of what visitors seek and many will want ‘the real McCoy’. Let’s make sure it’s protected and presented in a responsible and seemly manner. Sometimes that means doing very little. Clearly Historic Environment Scotland and the National Trust for Scotland have always understood this, but the balancing of recreation with tasteful re-creation, consumer demands with those of conservation, the organized group experience with that of the individual, is an increasingly complex challenge .

One thing is sure, Scotland is still fulfilling its long abiding potential for exploration, discovery and immersion. And selfies. Despite the encroachments of ‘overtourism’ in some places, there are still countless stone circles and deserted beaches to find. Defining Scottish moments await. 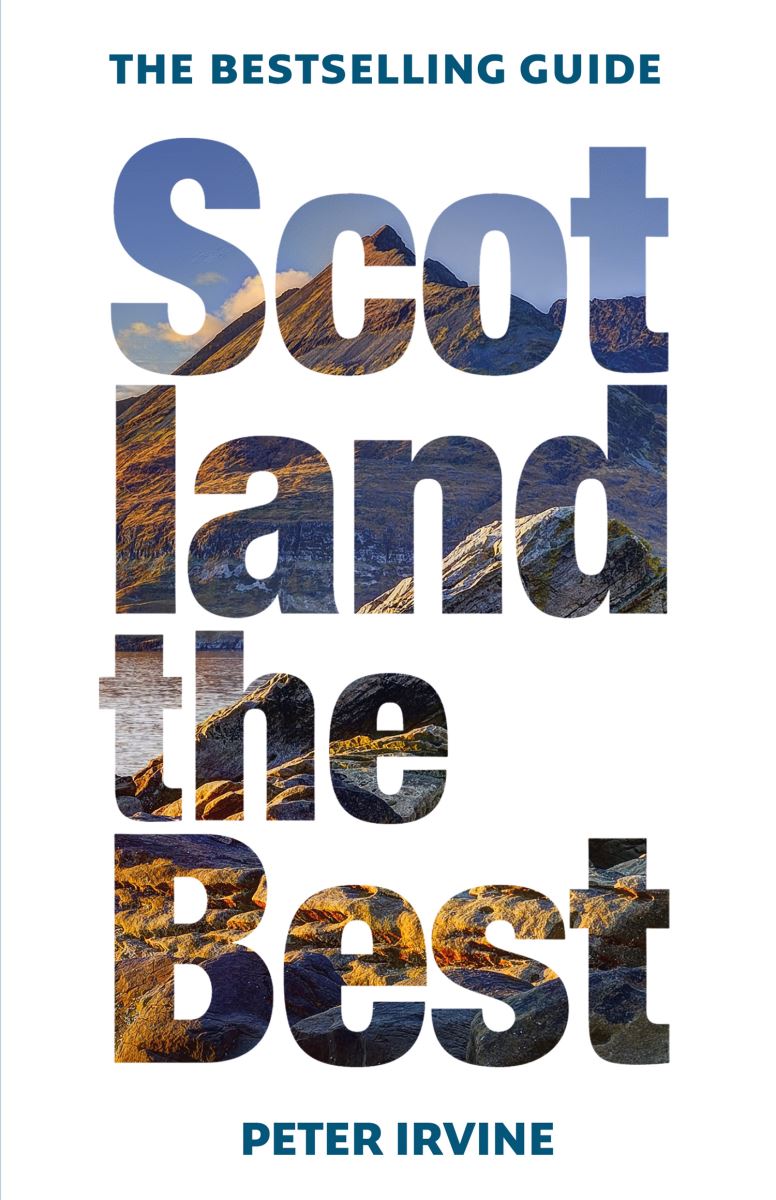 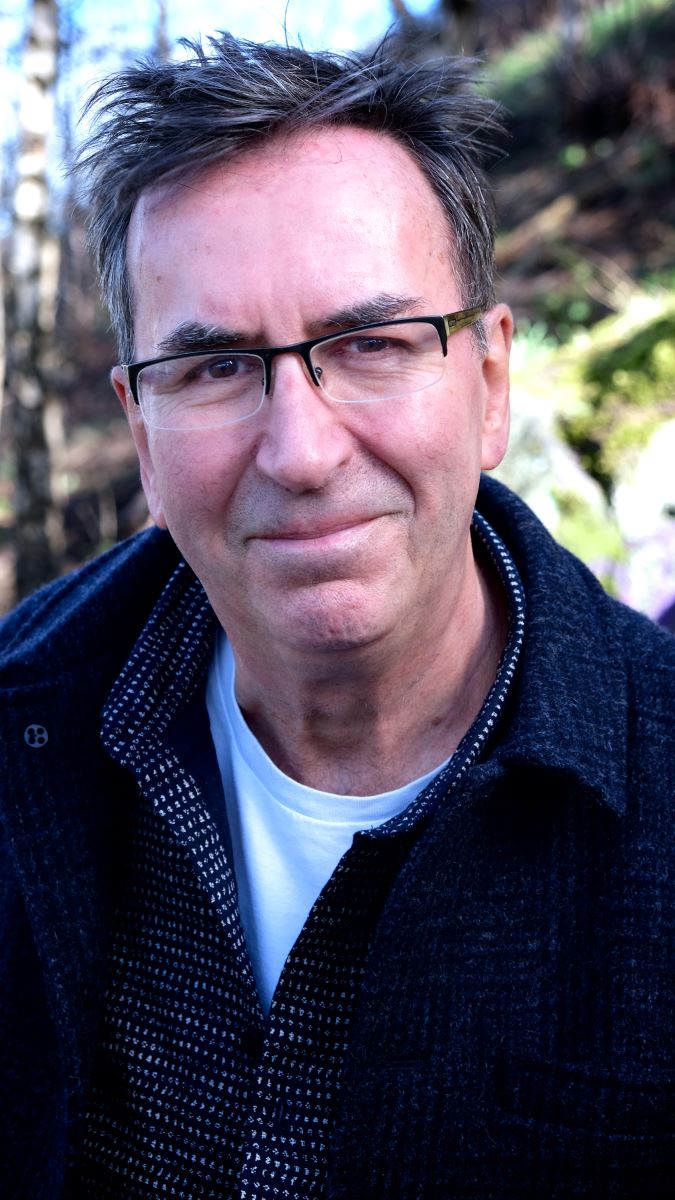 Scotland the Best by Peter Irvine is now available in a 25thanniversary edition. The true Scot's insider's guide to the very best Scotland has to offer. Fully revised and updated in Pete Irvine's own unique style, the 13th edition includes over 2,000 recommendations for every type of adventure. Use offer code STB2019 to receive £5 off Scotland the Best 13th edition here. Offer valid until 1 September 2019.