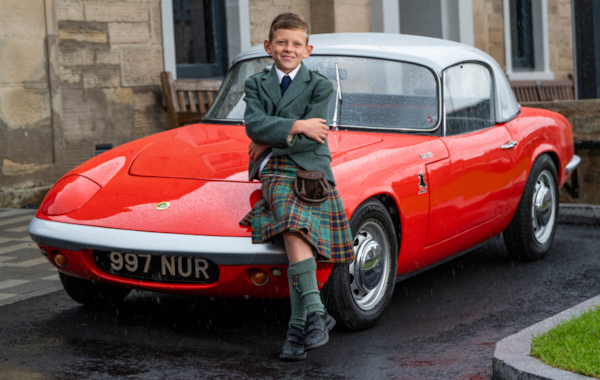 Formula One legend Sir Jackie Stewart OBE will officially open the new Jim Clark Motorsport Museum in Duns, Scottish Borders, on 29 August with invited guests from the world of motorsport and the unveiling of a plaque to celebrate the occasion.

Formula One legend Sir Jackie Stewart OBE will officially open the new Jim Clark Motorsport Museum in Duns, Scottish Borders, on 29 August with invited guests from the world of motorsport and the unveiling of a plaque to celebrate the occasion.

More details of the special opening event will be released in the coming weeks, with plans being developed for a static display of Jim Clark and Lotus sports cars and an opportunity for the public to hear Sir Jackie talk about his friendship and racing career with Jim.

The story of a champion

Jim Clark won the Formula One championship in 1963, becoming the then youngest ever World Champion. He followed it up with victory again in 1965 and in the same year won the Indianapolis 500 in America. He remains the only driver to have won both the Formula One and Indy 500 titles in the same year.
Clark died at Hockenheim in Germany at the age of just 32. He is still considered one of the greatest ever racing drivers and remains to this day one of Scotland’s most admired sporting heroes.
The event will start at 12 noon and to facilitate the official opening the museum will be closed to the public until 3pm, but will then be open into the evening.The new museum has seen a major £1.6m redevelopment over the past 15 months following a five year fundraising campaign and has welcomed over 2,000 visitors since opening to the public in mid-July.

Doug Niven, cousin of Jim Clark and Jim Clark Trustee said: “We are delighted that Sir Jackie, Honorary President of The Jim Clark Trust, is able to come to Duns to officially open the new museum. He has given the museum and this project great support and encouragement over many years, for which we are very grateful.
“Given Sir Jackie’s close personal relationship with Jim during their racing careers there’s no doubt that this will be a memorable and moving occasion for all those involved. Jim and Jackie have together helped inspire a generation of success for Scottish motorsport and we hope the new museum can inspire future generations for many years to come.”

The museum, operated by charity Live Borders, for the first time includes two of Jim Clark’s iconic race cars, a Lotus 25 and Lotus Cortina. Displays include:

At the heart of the new museum remains the original collection of over 100 trophies from Jim Clark’s incredible career, gifted by his parents James and Helen Clark in 1969, with new interactive interpretation displays.

Adult admission to the Jim Clark Motorsport Museum costs £5 with visitors able to return as often as they like for free for the following 12 months. There is a small additional cost for the simulator. For more information, visit the website.
The museum project is a partnership between Scottish Borders Council, Live Borders and The Jim Clark Trust, with funding from the partners and National Lottery Heritage Fund, Museums Galleries Scotland and Fallago Environment Fund. Public support and donations have been received from across Scotland, the UK and around the world.
QUICK LINK: How genuine are district tartans?
(images copyright Scottish Borders Council)