Explore Britain's Neolithic stone circles and henges with this history map from The Map Archive.

Stone circles and henges first appeared on the British Isles c.3500BCE, during the Neolithic period. Over 900 still exist today.

Henges (oval shaped, banked ditches) enclosed ritual structures, such as stone circles or villages, seen in excavations of the henge at Durrington Walls near Salisbury.

The largest Neolithic structure in Britain is Marden Henge, close to Stonehenge. Discovered in 2015, its ramparts enclosed 15 hectares and excavations show what it was used as a gathering for feasts. It lacks the stone circles of other Neolithic sites, such as Stonehenge, Averbury, Beaghmore and Bre na Boinne (near Newtown) and archaeologists believe its standing stones may have been removed to farm the land.

Concentric stone circles, typically found in England and Scotland, comprise two circles of standing stones arranged in a circular or oval configuration. Outlying stones, avenues and mounds may also form part of the site architecture and burials are found at concentric circle sites, indicating they played a part in funerary rituals.

It is believed that stone circles were used for religious ceremonies, with entrances constructed to face sunrise and sunset or aligned with the sun during the winter or summer solstices. 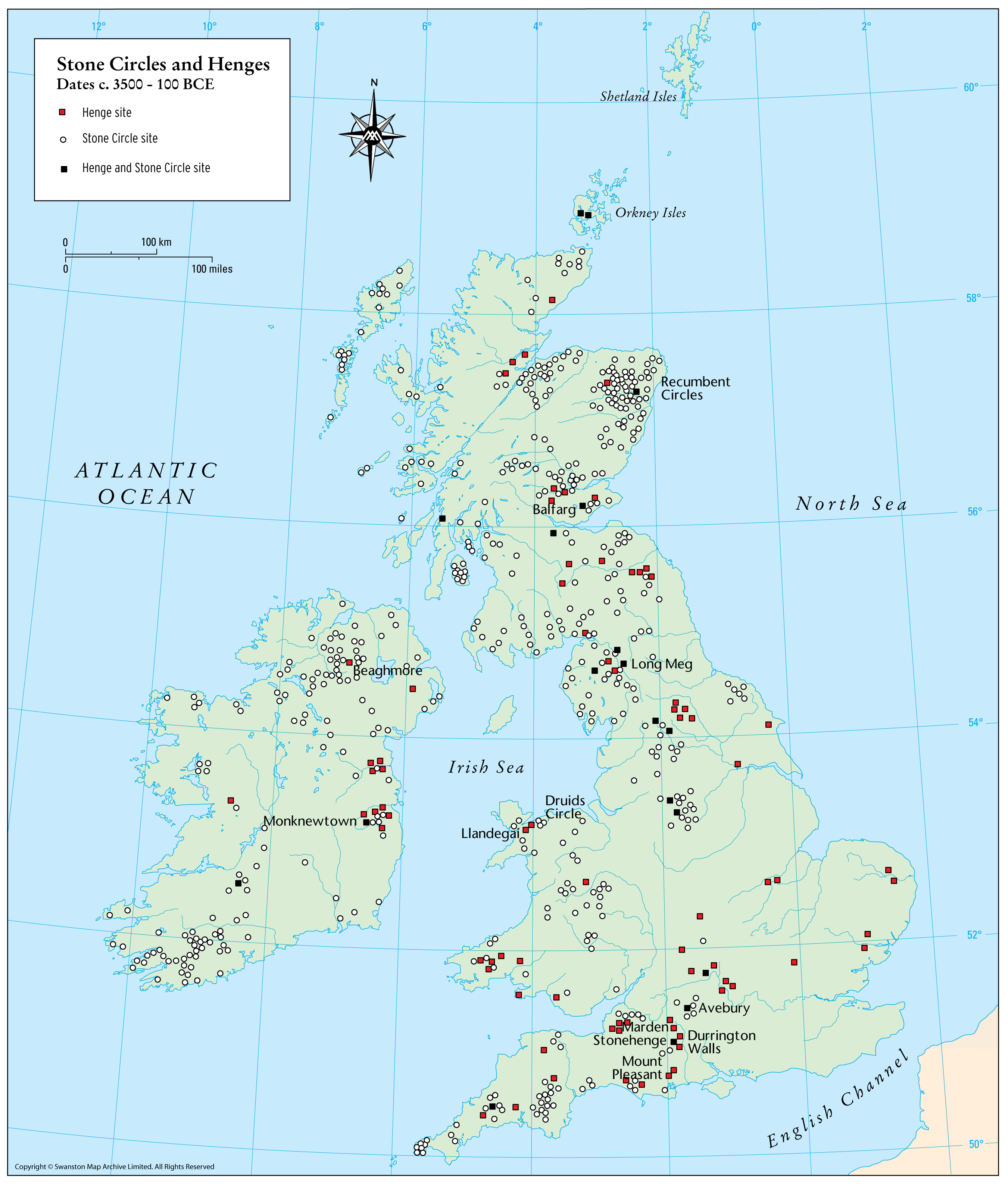 Map and text provided courtesy of The Map Archive. Explore a large range of history maps in their map archive and take out a subscription for free access to the archive with unlimited downloads.