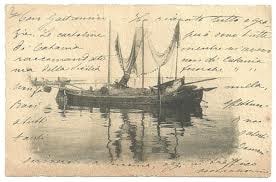 On 16 July 1832, over 100 Shetland fishermen were killed in a storm during an incident which became known as 'the bad day'.

31 Shetland 'sixern' boats which belonged to the fishermen were lost, containing 105 fishermen - who left behind wives and families with little means of support. The plight of the families was brought to the attention of the country by newspaper reports and within days of the incident, a distress fund in London raised more than £3,000 in public donations.

Although a few of the fishermen were lucky enough to survive, they were forced to spend six months in America, as the captain of the ship who pulled them from the sea refused to change course, taking the men across the Atlantic.

A sixern is a type of fishing boat which was commonly used around the Shetland islands, being ideally suited for fishing far from shore. The sixern takes its name from the six men needed to row it, as well as the six rooms within the boat which were used by the crew on fishing trips which took them away from home for several days at a time.