Work your way through the alphabet with our guide to 26 different places to visit around the country, from the splendour of Arthur’s Seat, to some surprising attractions which fall under the ZE postcode…

Arthur’s Seat
Situated some 250 feet above sea level, Arthur’s Seat (pictured above) is an extinct volcano which is part of historic Holyrood Park, the hunting ground of generations of monarchs and a particular favourite with the Royal Stewarts. Arthur’s Seat was home to at least four ancient hill forts and the Royal Park also contains fifteenth-century St Anthony’s Chapel.
Arthur’s Seat, Edinburgh EH8 8HG

Dryburgh Abbey
A medieval abbey in the Borders which was founded in 1150 and was home to canons of the Premonstratensian Order, who had a network of six monastic houses across Scotland. Visitors can explore the substantial ruins which include the abbey church, cloister, domestic buildings and thirteenth-century chapter house with its rare survival of painted wall plaster.
Dryburgh Abbey, near Dryburgh TD6 0RQ; tel: 01835 822381; website.


Edinburgh
It’s impossible to sum up the hundreds of historic attractions in Scotland’s capital city, a fortified settlement since at least the Iron Age. 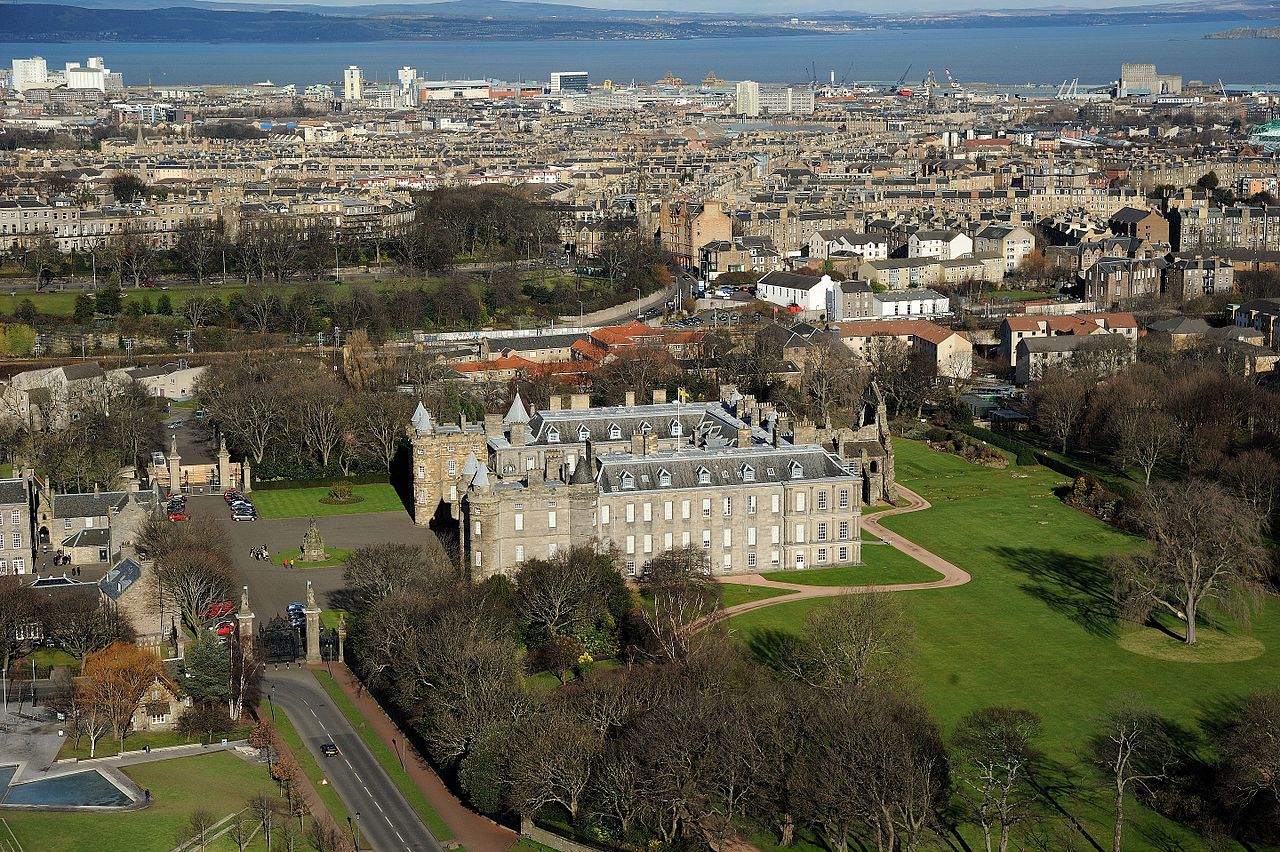 Major tourist attractions such as Edinburgh Castle, National Museum of Scotland, Holyrood Palace and the Scott Monument vie for the attention of visitors alongside the likes of the John Knox House, the City Observatory, Gladstone’s Land and St Giles Cathedral.

Fort George
Fort George is an eighteenth century fortified garrison and working barracks which was created in the aftermath of the 1745 Jacobite rebellion. Billed as the ‘mightiest artillery fortification in Britain’, the fort has a superb collection of historic arms, and visitors can experience military life as it would have been in the days when the fort was built, as well as exploring the Regimental Museum of the Highlanders.
Fort George, Inverness IV2 7TD; tel: 01667 460232; website.

Glasgow
Originally a small settlement on the banks of the River Clyde, Glasgow grew to become the ‘Second City of Empire’ and a world-renowned centre for shipbuilding and engineering. The city is home to many dozens of historic attractions including the Hunterian Art Gallery & Museum, Kelvingrove Museum & Art Gallery, the Tall Ship at Glasgow Harbour, St Mungo’s Museum and the Provand’s Lordship. 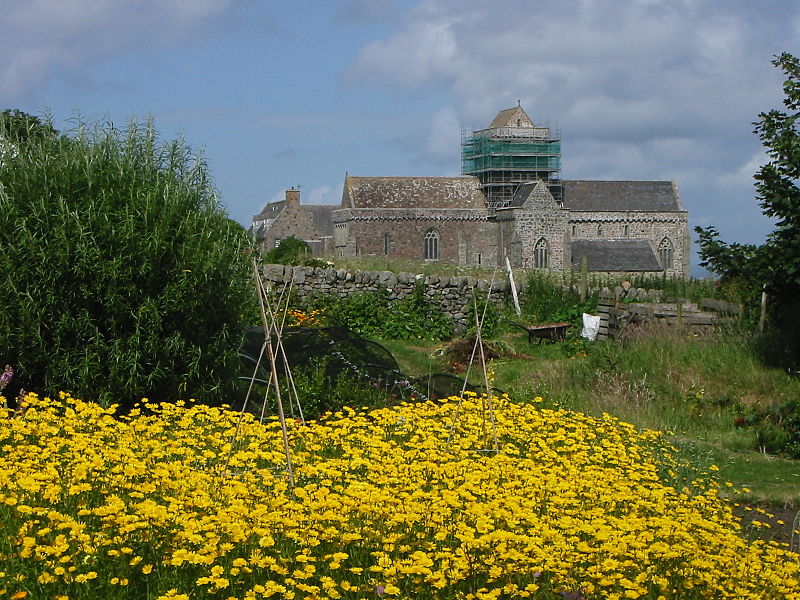 An island in the Inner Hebrides which is famed for its monastic history. It was here that St Columba founded a monastic community in the sixth century. The island is home to a medieval abbey, a heritage centre and several early Christian gravestones and crosses.
Iona Abbey, Isle of Iona PA67 6SQ; tel: 01681 700512; website.

Jedburgh Abbey
A twelfth-century Augustinian abbey which is home to a visitor centre housing eighth-century carvings and artefacts discovered in the abbey grounds over the years. The choir and transepts are particularly noted for their fine Romanesque architecture and a rare survival in Scotland.
Jedburgh Abbey, Abbey Bridge End, Jedburgh TD8 6JQ; tel: 01835 863925; website.

Linlithgow
A historic town with strong connections to the Royal Stewarts, Linlithgow is home to Linlithgow Palace, medieval St Michael’s Church, the historic Burgh Halls and a canal heritage centre.

Maes Howe
Maes Howe is a Neolithic chambered cairn and passage grave which dates back to 2800BC. This type of monument is unique to Orkney and is classed as the finest chambered tomb in north west Europe. A unique extra feature are the Viking runes carved when the monument was broken into during the twelfth century.
Maes Howe, Orkney KW16 3HH; tel: 01856 761606; website.

National Wallace Monument
A Victorian monument which stands in a commanding position in the city of Stirling and was built to commemorate the life of Sir William Wallace. Visitors can climb the tower for a view over the historic city and the monument is also home to the Wallace Sword, a ‘hall of heroes’ exhibition and an illuminated map which tells the story of the battle of Stirling Bridge.
National Wallace Monument, Abbey Craig, Hillfoots Road, Stirling FK9 5LF; tel: 01786 472140; website.

Orkney
An island archipelago off Scotland’s north coast which has been settled for at least 4,000 years and is home to Skara Brae, one of Europe’s best preserved Stone Age settlements. Other historic attractions include the Orkney Chapel, Broch of Gurness and the old fishing town of Kirkwall.

Pluscarden Abbey
Pluscarden is the only medieval monastery still inhabited by a monastic community – a group of Roman Catholic Benedictine monks. The abbey was founded by King Alexander II in 1230 and was finally granted to the Benedictine community in 1943. Restoration and rebuilding work continue on the historic building today and visitors are always welcome.
Pluscarden Abbey, Elgin IV30 8UA; website.

Rosslyn Chapel
Rosslyn Chapel is a fifteenth-century chapel which has been a place of worship since 1446. The chapel’s interior is covered in a profusion of intricate carvings, including the Apprentice Pillar and carved ‘Green Men’. 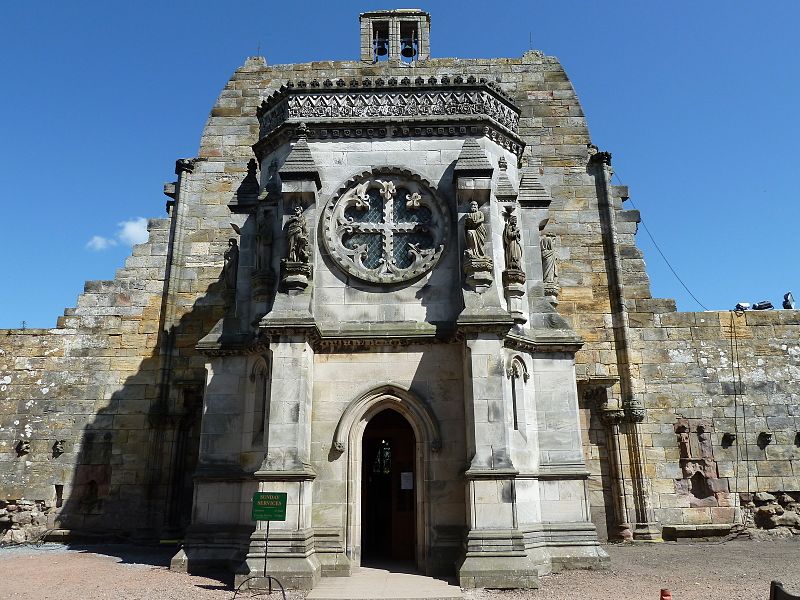 Scone Palace
Standing close to the site of the coronation of generations of Scotland’s kings, and the original site of the Stone Of Scone, Scone Palace is a nineteenth-century historic house which stands in 100 acres of grounds and contains collections of porcelain, furniture and family portraits.
Scone Palace, Perth PH2 6BD; tel: 01738 552300; website.

Traquair House
Traquair House is a historic home which is claimed to be the oldest continually inhabited house in Scotland, dating back to 1107. More than 25 monarchs are said to have stayed here, including Mary Queen of Scots. House highlights include the High Drawing Room, Library and the Still Room which is home to a collection of blue and white china.
Traquair House, Innerleithen EH44 6PW; tel: 01896 830323; website.

Uig
Uig on the Isle of Lewis is the coastal location where the famed Lewis Chessmen were found in 1831 – a replica of the chess pieces can be seen at the Uig Heritage Centre. This area is also a departure point for boat trips to the St Kilda islands.
Uig Heritage Centre, Crowlista, Uig HS2 9JG; tel: 01851 672456; website.

Vidlin
Vidlin, in the Shetland Islands, stand at the head of the Vidlin Voe fjord and has been a fishing settlement since at least the seventeenth century. Close by is Lunna Kirk, one of the oldest Shetland churches, and Lunna Ness, one of the departure ports for the clandestine World War Two Shetland Bus operation.

Waverley steam ship
The world’s last sea-going paddle steamer has been restored to its original splendour and now, during the summer months, sails around the west coast islands, as well as longer haul trips south to England. The ship was built on the Clyde in 1947 and named after the Sir Walter Scott novel Waverley.
The Waverley, tel: 0845 130 4647; website.

Yarrow Water
A river in the Borders which is rich in history and tradition, most notably with associations to the work of Sir Walter Scott, who lived close by and used local folklore relating to the river in his writings. Explorer Mungo Park was born close to the river, and it is also close to Newark Castle, a fifteenth century ruin.

ZE postcode area,  Shetland
The ZE postcode area covers the whole of the Shetland Isles, including Lerwick, a harbour town in Shetland. The port was originally a settlement which served herring fleet vessels and crew, then developed as a whaling and fishing centre. Historic attractions include Fort Charlotte, the Victorian Town Hall and Shetland Museum.
Tel: 01595 989898.