Scotland, like many European nations, attempted on numerous occasions to establish an independent colony in the Americas. But why were the Scots unsuccessful in this enterprise?

In this opinion piece, Steven Monaghan argues that various factors were to contribute to the failure of the Scots, including issues at home, a fragile economy, English and royal opposition and poor Scottish planning.

In examining this issue, it would be prudent to begin at home. Scotland was in a precarious position in terms of maintaining its independence in the face of a large southern neighbour. In response, the Scots allied themselves with England’s bitter rival, France. However, after the Reformation, the Scots found themselves increasingly divided as the two powers strove for influence over the nation.

As a result, the Scots found themselves being dragged into conflicts, whether on the side of the French prior to the Reformation or later in the days of multiple monarchy as reluctant supporters of the English. This meant that the Scots effectively did not possess independent foreign policy, which would make attempts to plan an overseas venture extremely difficult.

Scotland in the 17th century was a deeply divided nation. This division ran along geographical and cultural lines, as the lowlands of Scotland, centred around Edinburgh and the trading towns of the east, viewed themselves as more culturally advanced and civilised than the Gaelic-speaking highland and island clans. This division was further highlighted during the Jacobite era, as Jacobite support was largely found ‘behind the Highland line’. 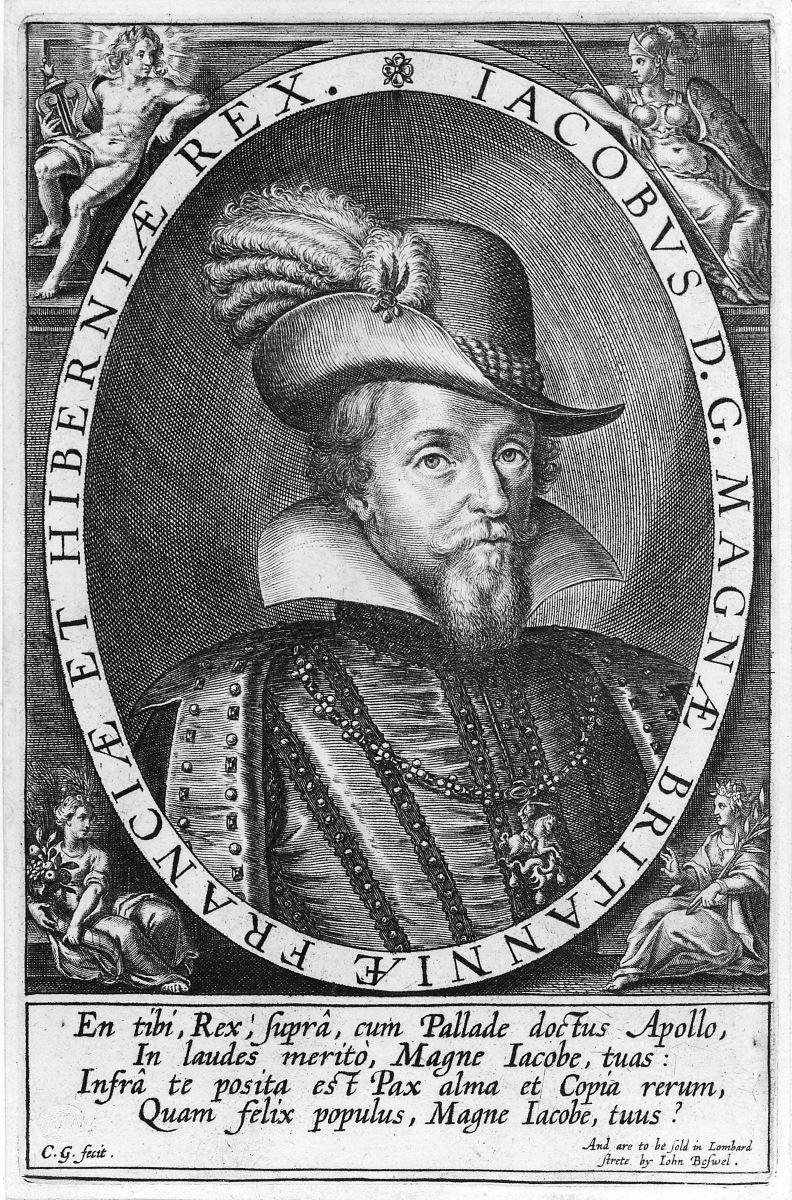 Indeed, it was only during the reign of James VI and I (pictured left) that the clans became more integrated into Scottish society, and would therefore not have been involved in any colonisation attempts during the 17th century. Therefore, it would not be inaccurate to suggest that Scotland was unable to utilise its full population or resources in order to establish an overseas colony.

The economy of Scotland also played a big role in the ultimate failure at colonialism. Scotland had a tradition of trading with European partners, establishing networks in France, Central Europe and the Baltic, especially in Poland, where thousands of Scots would emigrate. Scottish dependency on this trade meant that any shift towards the Americas was a highly risky strategy.

This traditional trade was to be adversely affected in the 17th century as the new relationship with England meant that Scottish shipping was liable to be targeted by enemies of England on the continent. Therefore, European trading was an unreliable source of income during the 17th century.

This unreliability of trade was compounded by the protectionism of European states in the 17th century as they sought to preserve their own products and economy, and the aggressive English mercantilism of the same period. Therefore, Scotland was never sufficiently able to allocate the necessary resources to an overseas venture.

In addition to this, Scotland would suffer from several famines, which greatly diminished economic output and pushed large numbers of the populace to starvation or, as will be discussed, emigration.

The impact of emigration

Scotland experienced high levels of emigration during this time period. With a population of around 1 million in the 17th century, the Scots had limited manpower to launch any overseas expedition. Furthermore, Scotland experienced high levels emigration throughout this century. One reason for this was the tradition of young Scots of enlisting in European continental armies.

Thousands of Scots served in the armies of the Dutch Republic, Sweden and German states like the Palatinate in conflicts such as the Thirty Years War, and very few would return. Many thousands also packed up and left in the early 17th century as King James launched his settler plantation project in Ulster, and Scots continued to cross the Irish Sea in the following decades, especially during the famines of the 1690s.

Many affluent Scots traders, or at least their sons, also proceeded to move south now that England was more open. This was also an attempt to circumvent the Navigation Acts passed by England in the 1660s which meant that ships crossing the Atlantic had to consist of a crew which was at least 75% English and sail from English ports.

Estimates of Scottish emigration in the 17th century range from 163,000 to 242,000. If a mid-range number of 200,000 is used as a guide, it still results in 2,000 Scots leaving the country every year, most of whom would have been able-bodied men. This is a substantial loss of manpower, and when taking into consideration the relatively small population, it may be argued that Scotland would have struggled to properly man its colonies had it been able to succeed.

The issue of conflict

Scotland was also to suffer from crippling conflict in the 17th century. In 1637, The Covenanter’s Revolution brought Scotland into conflict against King Charles I. Although initially quite successful, that conflict would evolve into the War of the Three Kingdoms and result in the Cromwellian conquest of Scotland. This conquest was of a complete nature and Scotland was incorporated into the Cromwellian Commonwealth. Scotland completely lost its independence during the Commonwealth, and with it its confidence.

Scotland had previous perceptions of being unconquerable and God’s new chosen people, a view promoted by the Kirk and by the fact that Scotland had never been conquered. This belief was obliterated as the English parliamentarians destroyed Scotland’s armies at Dunbar and Worcester. Scotland had essentially lost over a quarter of a century to this conflict and occupation, and exhausted significant manpower. 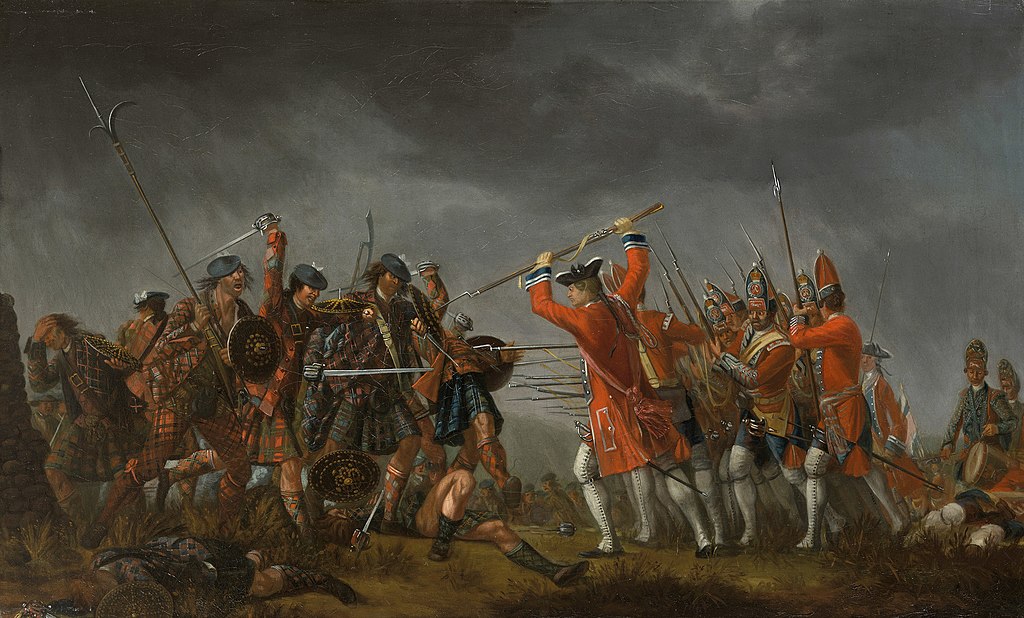 The Glorious Revolution brought further conflict and division to Scotland. The Scottish Kirk had supported the ascension of William and Mary to the throne, as they feared the Catholic King James VII and II. But not all Scots welcomed the changes. In 1689 the first Jacobite rebellion erupted as the Viscount of Dundee unfurled the Jacobite standard on Dundee Law.

So began over 50 years of plots and unrest, as the Jacobite threat would be ever-present until the defeat of Bonnie Prince Charlie at Culloden (pictured) in 1746. In the immediate aftermath of the Glorious Revolution, however, Scotland had another conflict in which it reluctantly participated, as King William launched the Nine Years War against France.

Scotland also had to contend with the interests of England. This issue must be approached together with the issue of multiple monarchy, as much English opposition came from, or through, the monarch. King Charles sold the Scottish colony of Nova Scotia and Cape Breton in a peace deal with France in 1632; the English provided no assistance to the Scots under attack from the Spanish at Stewart’s Town, Carolina; they also successfully incorporated the Scottish East New Jersey project into its own Jersey colony.

In the case of Darien, King William instructed his agents to impede the fundraising efforts of Company of Scotland agents, then gave instructions to his English subjects not to aid the Scots. This position can be explained by the fact that the Scots were infringing on the Spanish empire, and Spain was an ally against France in the previously mentioned Nine Years War.

This problem is highlighted by Tom Devine in Scotland’s Empire: 1660-1815 as he argues that where Scottish and English interests collided, ‘England’s naval and diplomatic might would prevail’. Scotland needed a monarch to be solely focused on Scotland’s interests if she was to establish her own colony, but this was something she did not possess.

The remaining factor is the issue with colonisation plans themselves. The plans were certainly ambitious, but arguably also profoundly risky and flawed. Firstly, as the Scots were latecomers to the American colonies, they were bound to impose upon one of the main powers established in the New World, irrespective of location.

Secondly, Scotland, despite its well-established trading networks, had at this stage, no real maritime tradition, a key requirement to maintain territory so distant from home. In the case of Nova Scotia, the Scots dismissed the possibility of irritating the French, despite the obvious threat posed to New France. This mistake was repeated in Carolina as the Spanish bristled at the presence of the Scots so close to Spanish Florida.  Furthermore, the planners of Darien dismissed possible Spanish retaliation, believing the Spanish empire to be in terminal decline and incapable of retaliation.

The example of Darien perhaps seems almost inexcusable, but as David Armitage writes in Intellectual Origins of the Darien Venture, Darien may be viewed as a last attempt to escape the inevitability of English dominance. After Darien, the only avenue open to Scots was, in the words of Devine, ‘imperialism by stealth’ within the English and British empire.

These factors contribute to an explanation of why Scotland was unable to permanently establish an overseas colony. Solace can perhaps be found in the failures of similar European nations such as Denmark and Sweden, or in the failure of the otherwise successful Dutch to remain on the American mainland.

Scotland had a unique set of circumstances and constraints which meant that success was always highly improbable. Ultimately, Scotland had to seek its imperial fortune beneath the British umbrella. In this quest at least, the Scots were highly successful.