Over one million records from Edinburgh, including documents detailing volunteer regiments in the Army, migrant movements and passport records, are now online at Ancestry®

Exclusive to access online at Ancestry, the five collections have been published in association with the City of Edinburgh Council. Each collection helps bring family stories to life and will allow people across Edinburgh and beyond to discover more about their ancestors' livesand experiences.

Included are the Edinburgh Army Attestation Registers, 1796-1857, a set of records containing information such as names, occupations, parishes, and regiments of 10,000 army recruits taking their oath of allegiance in Edinburgh. Those enlisted came from all over the world and were recruited from the age of eleven through to veterans in their fifties.

These records provide in-depth details on recruits including their height, the colour of their hair, eyes, and even information about their complexion – all powerful descriptive information that can be invaluable to people who may not be aware of an ancestor’s physical appearance.

Also within the collection are records pertaining to full time members of volunteer regiments, such as drummer boys, and those who chose to join the militia rather than the regular army. Overall, the most popular occupations were labourers, weavers and shoemakers. Sash makers, surgeons and hairdressers were also common among the recruits. 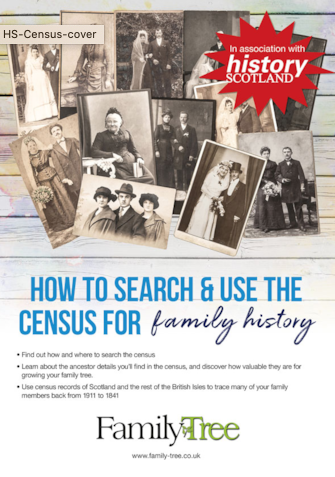 EXPERT GUIDE: HOW TO SEARCH AND USE THE CENSUS FOR FAMILY HISTORY - DOWNLOAD FOR JUST £1.99

Interesting examples of individuals and personal stories from the records include:

Joachim La Page: The records show Joachim as a labourer, who joined from the West Indies, and enlisted on the 21st March 1806 into the 27th Regiment of Foot at the age of 23 years. He is described with “brown complexion, black hair and brown eyes” and stood at 5 feet 6 inches.

William Grahame: Enlisted in July 1798, Grahame was part of the Drum Boys Regiment and was responsible for the army drums used on the battlefield. Drums were not only used for the men to march in step, but were an important part of the battlefield communications system, with various drum rudiments used to signal different commands from officers to troops

Other digitised collections from Edinburgh that are launching online include:

Edinburgh Alien Registers, 1794, 1798-1825: This collection contains registries of migrants living in Edinburgh from 1794 up to and including 1825 and contain handwritten declarations made to a magistrate. Most records are handwritten in English, however the preprinted forms are bilingual; typed in both English and French.

Edinburgh Lord Provost Passports, 1845-1916: Registries of passports from Edinburgh. Passports from Scotland before 1916 are rare and mostly associated with the business owners or those wealthy enough to travel abroad.

Edinburgh Cemetery Registers, 1771-1935: Consisting of registers from Edinburgh cemeteries. Individual records include the deceased person's name, other family members, and important dates in their life.

Henry Sullivan, Information Asset Manager at the City of Edinburgh Council said: “We're thrilled to be working with Ancestry to make these important collections available online and fully searchable for people across Scotland. Each will allow Edinburgh locals, as well as those with ties to the region, to explore and potentially find out more about significant moments of their ancestors' lives.”

As part of the collaboration, more records will be added to the collections in the future. To learn more about your family history and discover the stories of your ancestors, visit Ancestry. Records available to Ancestry subscribers.