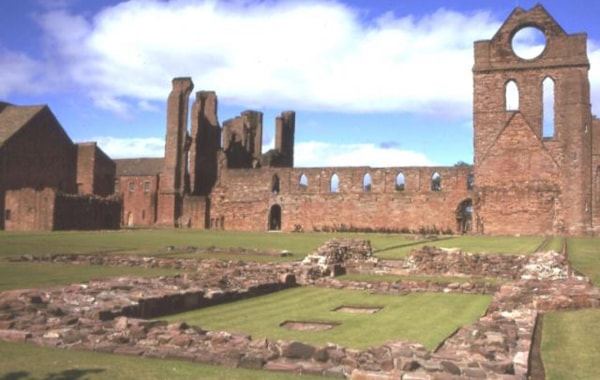 Dr Nicki Scott, Cultural Resources Advisor at Historic Scotland, spoke to History Scotland magazine about the importance of Arbroath Abbey, where the Declaration of Arbroath was drawn up in 1320. ...

‘For so long as one hundred of us remain alive, we will never in any degree be subject to the dominion of the English, since it is not for glory, riches or honour that we do fight, but for freedom alone, which no honest man loses but with his life.’

Extract from the Declaration of Arbroath (1320)

Dr Nicki Scott, Cultural Resources Advisor at Historic Scotland, spoke to History Scotland magazine about the importance of Arbroath Abbey, where the Declaration of Arbroath was drawn up in 1320.

What do you think makes Arbroath Abbey so special?

The Abbey is, despite its fragmentary remains, a very picturesque place. The combination of the red sandstone monument and the green space around is very attractive and for many the Abbey still retains a spiritual or at least peaceful atmosphere. Architecturally, there is much the remains can tell us about the attitudes to spiritual beliefs and the expression of them and also the architectural influences on the masons who built it.

The early efforts to preserve and conserve the monument and its setting can also tell us a lot about early attitudes to historic monuments. The combination makes Arbroath Abbey a special and fascinating place.

Why do you think the Abbey was chosen for the signing of the Declaration?

The Declaration was not actually signed at Arbroath Abbey. Technically, it was not ‘signed’ anywhere. Rather, in this period, documents were authenticated by having seals attached to them. The seals were all attached at the same location, probably Arbroath. However, this was done over a period of about a week and almost certainly not on the same day. Also, the seals of several barons, whose names do not appear in the document, were added to it.

This indicates that there was not a meeting of nobles at Arbroath to seal the document. The terms of the Declaration were probably agreed at a council at Newbattle, mid-March 1320. Thereafter, it was ‘written up’ by a scribe, again probably at Arbroath, as this was the principal location of Robert I’s chancery, or writing office. His Chancellor was abbot of the Abbey, so it was to there the nobles and barons sent their seals and from where it was issued or sent. It has also been suggested that although the letter is dated 6 April, the process of adding seals was probably not finished until sometime after that. How much of what remains of the Abbey complex would have been in existence at the time that the Declaration was drawn up?

Unfortunately, the Abbey remains are quite fragmentary and it can be difficult to determine how much of what is there survives from the early 14th century. English attacks in 1350 and 1378-1379, and a lightning strike in 1380 all caused damage and significant remodelling.

The precinct wall, gatehouse and mural tower extending west from the southwest tower of the church, may be 13th-century in origin, though they were all remodelled to varying extents in the later Middle Ages.

The west front of the church, one of the most impressive pieces of the abbey complex still surviving, predates the Declaration. It contains the main ceremonial entrance to the church.