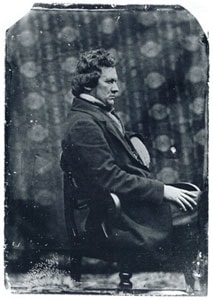 Scottish architect Alexander 'Greek' Thomson died on 22 March 1875, in a house which he had designed himself. Thomson was a prolific architect who created palatial villas, churches, tenements, warehouses and even a castle - Craigrownie, which he designed at the age of 34. His nickname 'Greek' came from his later buildings, in which he emulated classical Greek designs, with the use of columns, speaking out against the Gothic style.

Among his many works are:

He was buried at the Gorbals Southern Necropolis six days after his death, in a plot close to where five of his children were buried, and his widow Jane was also buried there in 1889.

QUICK LINK: Memories of Glasgow in the Fifties