Camping in Scotland in the 1970s - Scottish nostalgia Nancy and her sister

Nancy West recalls the highs and lows of camping in Scotland in the Seventies.

My family – mum, dad, my young sister Shirley and I – all eagerly anticipated summer holidays spent camping in Scotland, travelling by car. Our family car was an A60 Austin Cambridge, a medium sized vehicle, and a bit of a squeeze to hold four people along with camping equipment. The car was maroon in colour with red leather seating and a bench style back seat.

On departure day the car had to be packed, and I mean packed. I doubt a sardine could have squeezed into the car, beside four people and the mountain of equipment. The roof rack was stacked with two tents, a multi compartment frame tent to serve as my parents’ bedroom and general living space, and an igloo blow up tent for our sleeping area.

Into the boot went a two burner camping stove and gas cylinder, blow up air beds for five with foot pump for beds and tent, five fold-up chairs, a table, some trowels (more about these later), water carriers, wash basin, camping dishes and cutlery, a box of essential provisions, tea, cereal, washing up liquid and midge repellent. Add in our clothes, which had to include a variety of outfits for swimming, sunshine, strong winds and torrential rain, as we were going north. All the sleeping bags were spread along the back seat and we sat on them, as there was no space left in the boot.

A radio was fitted but reception was poor amongst the mountains. For entertainment my sister and I recorded the top twenty and played the tape repeatedly on a portable tape deck. I now wonder how mum and dad coped with this.

When we arrived on site we were allocated an area for the tents and car. The car was unpacked and everyone pitched in to erect the tents, blow up the airbeds and generally set up camp. 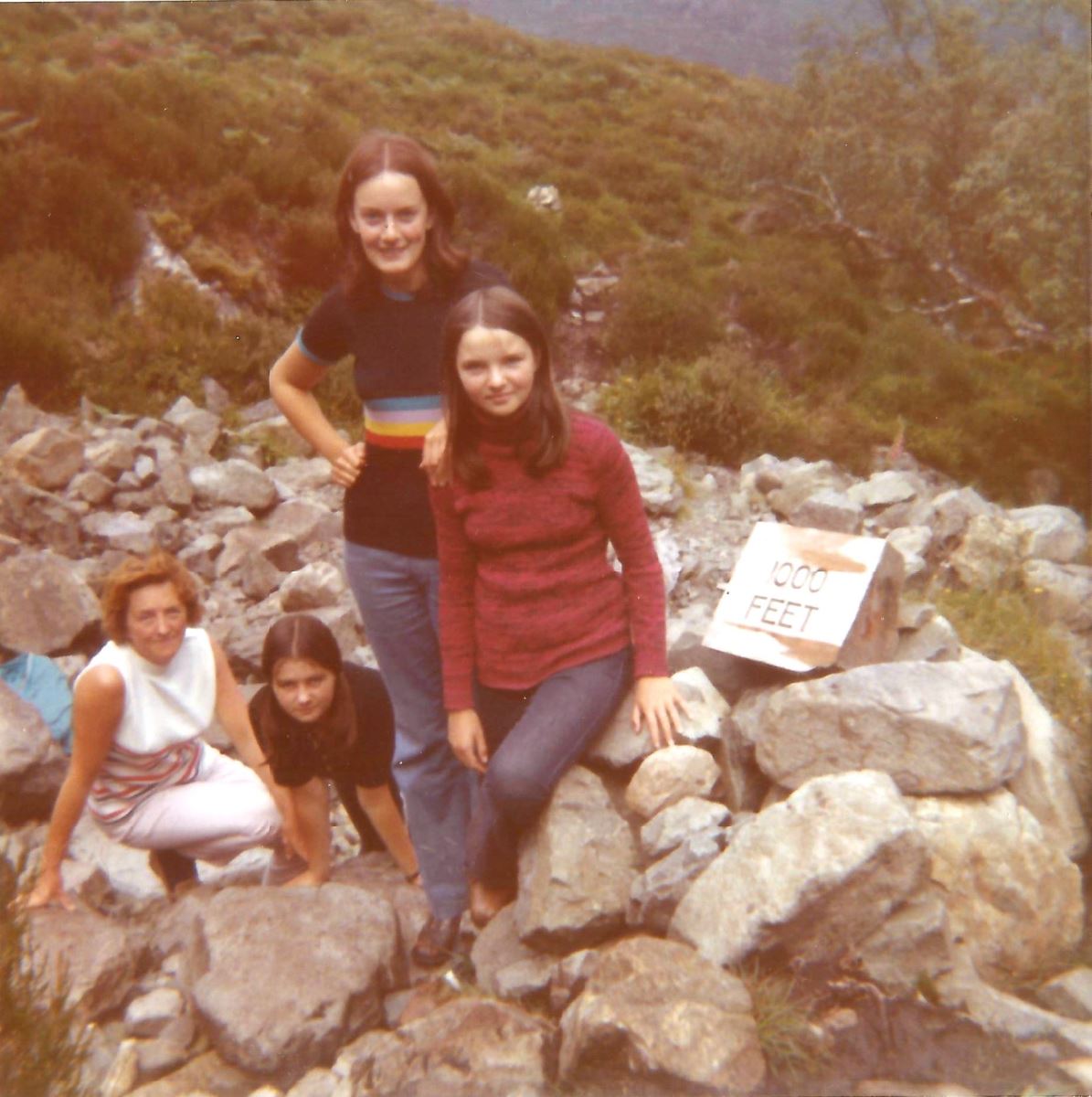 Sometimes, if it had been very wet, the car would get stuck in mud and we all had to push. On one occasion we were out in the middle of the night using trowels to dig a trench around the tent to stop torrential rain flooding in. On that occasion the campsite staff had to give us a tow onto harder ground before we could drive off.

On one occasion the car developed a serious noise problem, exacerbated by the sound echoing off stonewalls and the hills.

We must have been heard for miles and have frightened the native wildlife. It was a hole in the exhaust pipe close to the engine. The nearest garage had no replacement and said it would take a number of days to source and have one delivered.

We couldn’t wait that long so the garage supplied us with an exhaust bandage to cover the hole, which allowed us to get home quietly. The car never really let us down. It took us all over Scotland on steep and narrow roads, many with passing places.