Engineer Thomas Telford was born - On this day in history 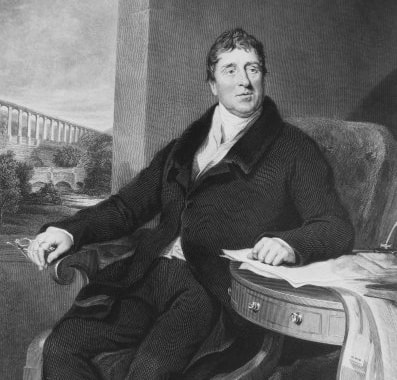 Engineer Thomas Telford was born - On this day in history

Scottish civil engineer Thomas Telford was born on 9 August 1757 at Eskdale in Dumfriesshire. Telford, who became known as the 'Colossus of Roads', was born on a remote hill farm and brought up by his widowed mother. Telford's earliest work was as apprentice to a stonemason and it was during this work that he began to develop a knowledge of bridge construction which would make him famous.

Telford's career coincided with major developments in civil engineering and he was responsible for some of the most famous engineering projects in the UK, including: