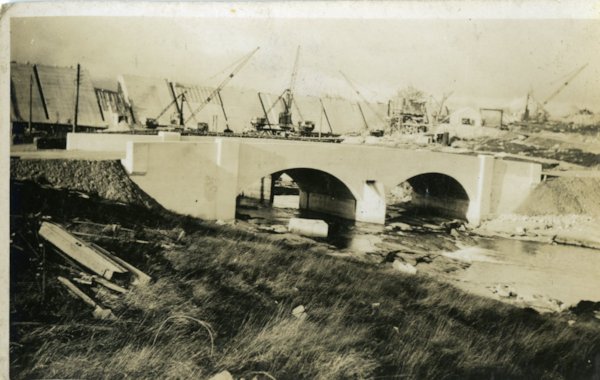 Upland artists are taking inspiration from Galloway’s 1930s clean power project in the struggle to create a greener future.

Upland artists are taking inspiration from Galloway’s 1930s clean power project in the struggle to create a greener future.

The legacy of a vast 1930s Scottish clean energy scheme is the inspiration behind Pennies from Heaven? an exhibition exploring energy, climate change and consumerism. The exhibition, featuring photographs, cyanotypes and 81 specially smelted aluminium plaques, is the culmination of the wider Energise residency.

Energise has been undertaken by internationally renowned photographers Morag Paterson and Ted Leeming, from near Dalry, Jason Nelson, from Dundee and Catherine Major from Moffat.

They worked with the community in the catchment area of the Galloway Glens hydro scheme to uncover how people felt when the huge engineering scheme started and what they think about it today.

The artists have also been looking at the urgent need for changes in how we generate power, the amount we use, and in consumer culture.

The exhibition, at Gracefield Arts Centre, Dumfries runs from 11 May to 29 June 2019 and comes after a series of community events, including artists’ walks and a tour of the Tongland hydroelectric power station, near Kirkcudbright (see these images of the artists with 1930s equipment at the power station, and at the dam).

A centrepiece will be a large image, created by Morag, showing the lochs and rivers of the hydro scheme catchment area. The system is so carefully designed that a single drop of rain can be used to generate low cost, clean energy up to five times before it final reaches the sea.

Artist Morag Paterson said: “When the hydro scheme started some people thought of its as ‘Pennies from Heaven’ because the rain on the Galloway hills was being turned into clean energy that could power thousands of homes. And it still powers around 79,000 homes today.

“It’s hugely inspiring that this immense project, which faced resistance at the time, is still going strong after so many decades and that it has become such a well-loved part of the landscape.

“But the brutal reality is that our demand for energy and consumer goods has just continued to grow and we now face a climate change emergency. This exhibition prompts questions about these issues and what we need to do to change.

“The urgency is very real – and it’s significant that at the same time that we were preparing this exhibition that David Attenborough addressed the United Nations, that the Extinction Rebellion protests started taking place and our next generation, young people like Greta Thunberg began demanding change.”

Energise has been created by Upland CIC arts development organisation and is supported by Creative Scotland and the Galloway Glens Landscape Partnership.