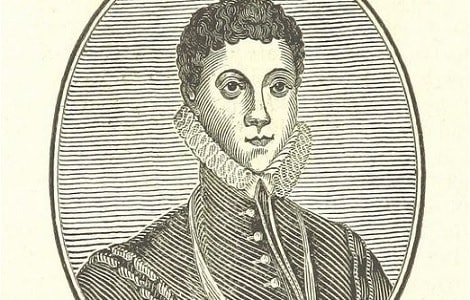 Henry Stuart, styled as Lord Darnley until 1565, was the son of Matthew Stuart, 4th Earl of Lennox, and his wife, Margaret Douglas. He was the second husband of Mary, Queen of Scots, and was the father of James VI of Scotland, who succeeded Elizabeth I of England as James I.

Jenn Scott of the Stewart Society tells the story of Henry Stuart Lord Darnley, king consort of Scotland from 1565 until his murder at Kirk o' Field in 1567.

Darnley was also his wife's half-first cousin through two different marriages of their grandmother, Margaret Tudor, putting both Mary and Darnley high in the line of succession for the English throne. Additionally, Darnley was a descendant of a daughter of James II of Scotland, and so also in line for the throne of Scotland. His name had long been in the frame as a potential suitor for the Queen.

On February 1565, Darnley left London to join his father in Scotland and a fortnight later he presented himself to Mary at Wemyss Castle in Fife. Marriage to Darnley made dynastic sense for the Queen of Scots since it united the two parts of the Stewart family who could perhaps ultimately unite Britain.  Mary was pleased with what she saw and their marriage was soon arranged. 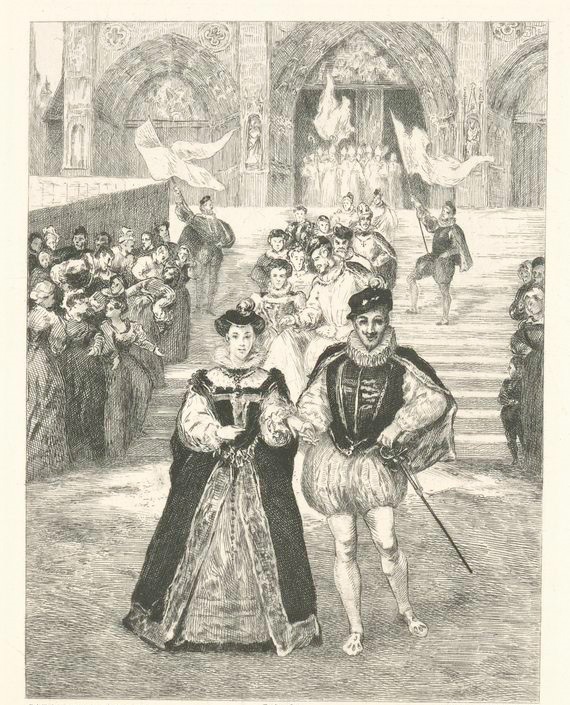 A proclamation was made at the Cross of Edinburgh on 28 July that government would be in the joint names of the king and queen of Scots, giving Darnley equality with, and precedence over, Mary. This was confirmed in the circulation of a silver ryal in the names of Henry and Mary. On 29 July, the marriage took place in Mary's private chapel at Holyrood.  Elizabeth reacted to the marriage by confining Henry’s mother, the Countess of Lennox in the Tower of London.

However soon after Mary married Darnley, she became aware of the failings in his character- he was self-absorbed, easily bored and willful, caused in part by his upbringing, his adoring parents had put him on a pedestal and encouraged him to think that his birth entitled him to the thrones of England and Scotland.

Mary refused to grant Darnley the Crown Matrimonial which made him angry since he had expected to have real power as the king.  Mary’s pregnancy did nothing to heal the rift as Darnley was convinced that any heir would remove him further from the throne.  By December she had taken the ryal with their heads on it from circulation.

As Darnley grew more angry he put the root cause of his grievances at the feet of David Rizzio – Mary’s French secretary.  Rizzio, was stabbed on 9 March 1566 by Darnley and his confederates, in the presence of the pregnant queen in her dining room. This was really an attempt on the crown and Mary’s power and in its aftermath the Queen  was forced to pardon the rebels who had supported the earl of Moray, the Queen’s half brother, in his unsuccessful armed rebellio  known as the Chaseabout Raid’ against her.  However she managed to also remove Darnley from his fellow conspirators in the murder of Rizzio, which weakened his ability to take part in any subsequent rebellion. 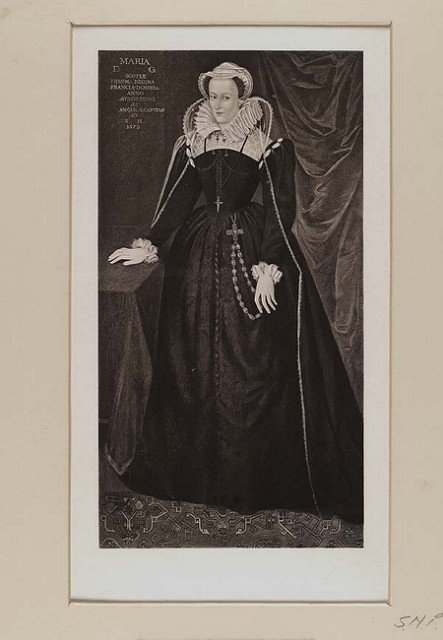 After the birth of Prince James, Darnley started to feel isolated again and applied for leave to quit Scotland.  This was refused. During the weeks leading up to his death, Darnley was recovering from a bout of smallpox or, more likely syphilis.

He stayed with his family in Glasgow, until Mary brought him to recuperate at Old Provost's lodging at Kirk o' Field, a two-storey house within the church quadrangle. Around 2 am on the night of 10 February 1567, while Mary was away, two explosions rocked the foundation of Kirk o' Field. These explosions were later attributed to two barrels of gunpowder that had been placed in the small room under Darnley's sleeping quarters. Darnley's body and the body of his valet William Taylor, were found outside, surrounded by a cloak, a dagger, a chair and a coat. Darnley was dressed only in his nightshirt, suggesting he had fled in some haste from his bedchamber.

The aftermath of Darnley's murder

Mary ordered her court into mourning and her husband buried in James V’s vault at Holyrood.  The Privy Council offered a reward of £2,000 to anyone identifying his murderers. The public assumed Mary’s complicity in his death.  It is impossible to say who actually killed Darnley it seems likely however that the earls of Morton and Bothwell (soon to be Mary’s third husband), with Sir James Balfour were all involved actively in a conspiracy that led to his death.

Over the centuries since his death, there have been arguments about  the extent of Mary’s involvement – the so-called ‘casket letters’  were held to be proof of her complicity promoted by Moray and are now known to be a forgery.  It is unlikely though that she was surprised by his death given his unpopularity.

Bothwell was eventually brought to trial, the only one of those involved and he was acquitted on 12 April 1567  His acquittal had two consequences firstly Moray left the country and by the time he returned, his sister had lost her throne.  The second was to increase Bothwell’s confidence as he plotted successfully to marry the Queen.

The Stewart Society was established in 1899 and membership is open to all who bear the name of Stewart (Stuart, Steuart or Steward),or who are Stewarts by birth or descent as well as those septs or families associated with the Stewarts. The objects of The Society are philanthropic, historical, genealogical, and to further kinship.

To find out more, visit the Stewart Society website.

Mary Queen of Scots Downfall: The Life and Murder of Henry Darnley by Robert Stedall

(images courtesy of the British Library, with the exception of the marriage image, which is copyright New York Public Library)