History Scotland exclusive read: The un-peaceful peace: Scotland and the US in the post-war period 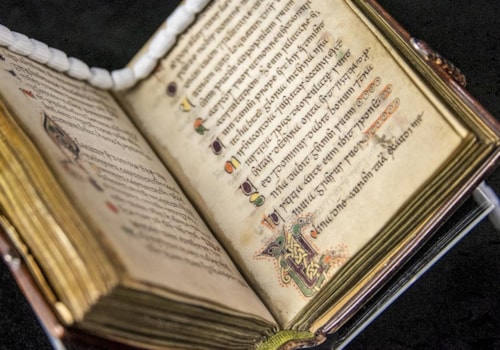 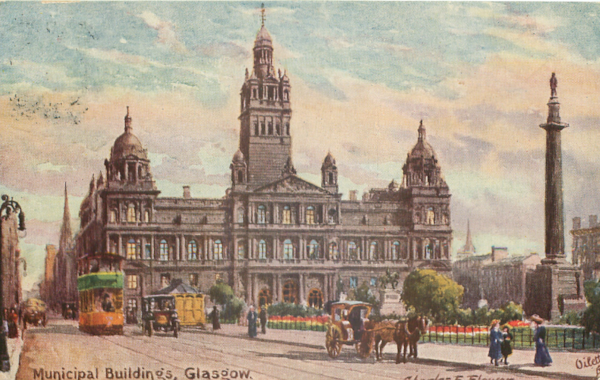 History Scotland exclusive read: The un-peaceful peace: Scotland and the US in the post-war period

Dr Stephen Bowman examines the relationship between Scotland and the United States in the interwar period, discovering a shared experience of anxiety and social dislocation that was shaped by the historical connection between the two countries.

Dr Stephen Bowman examines the relationship between Scotland and the United States in the interwar period, discovering a shared experience of anxiety and social dislocation that was shaped by the historical connection between the two countries.

The First World War was an event of international significance. Such a statement seems too obvious to be worth making: it was a conflict between the main European nations involving soldiers drawn from across their colonial territories, but which also ultimately drew in other parts of the world, including the United States of America. In spite of this, the British popular imagination seems hard-wired to view the years 1914 to 1918 through poppy-tinted spectacles and with an all-consuming focus on the trenches of the western front.

Like the war itself, however, the aftermath of the conflict is best understood with reference to experiences in, and connections between, different parts of the world. This article will therefore show how the history of the immediate post-war years in Scotland must also take into account developments elsewhere, in this case the US.

One way of taking a more expansive approach to studying and remembering the First World War and its aftermath is to think about the conflict in a ‘transnational’ way. According to Akira Iriye and Piere-Yves Saunier, taking a transnational approach to the study of the past involves looking at the ‘people, ideas, products, processes and patterns that operate over, across, through, beyond, above, under, or in-between polities and societies.’ In other words, it is necessary to become sensitive to the ways in which people in different parts of the world were linked in the historical past. Often what happened in the past is best understood and explained in this transnational way. This is certainly true of events in Scotland, elsewhere in Britain and Europe, and in the USA in the period immediately following the end of the Great War.

Taking this approach to the post-war years involves seeking to understand how people engaged with a whole range of political and social anxieties, economic challenges and ideological battles that had both local manifestations and transnational causes. The trauma of events at home and abroad during and after the conflict – for example the political unrest of the Red Clydeside years and concomitant worries about international bolshevism, together with economic instability – shook the confidence of many in Scottish society.

Similar developments were unfolding in the US, especially with the 1919 red scare and a renewed intolerance for political radicals, African Americans and immigrants. These events were linked. Moreover, in the context of post-war anxiety, long-standing transnational connections between Scotland and America were simultaneously remoulded and redeployed in an attempt to make sense of Scotland’s, Britain’s and the US’s places in the world. This article will look at some of the ways in which this was so.

The immediate post-war years offer a good opportunity to take stock of the historical connections that existed between Britain and the United States in the first half of the 20thcentury. This was the period before the ‘special relationship’ of the second half of the century but was important nonetheless for the development of the UK-US relationship. The 1890s and 1900s had witnessed something of a rapprochement in diplomatic relations between the two countries.

Shared imperialism – partly based on quack Anglo-Saxon racialism, fashionable in the 19th century, highlighting Britain and the US’s apparently shared heritage of liberty and democracy dating back to the medieval Angles and Saxons – brought the two traditionally antagonistic countries closer together. This did not mean, however, that the US was poised to enter the war when it broke out in 1914. Indeed, President Woodrow Wilson urged Americans to remain ‘neutral in thought as well as in action’ and the first couple of years of the conflict saw serious disagreements between the British and US governments as the Americans sought to safeguard their neutrality in the face of British naval blockades.

The US did eventually enter the war in April 1917 (to much fanfare, especially from those in both countries who had long been proponents of Anglo-American friendship: east coast Anglophiles in the US and convinced Anglo-Saxonists in Britain) but not before Britain had become dependent on American bank loans, notably from J.P. Morgan, to fund its war effort. Britain would continue to accrue massive levels of debt in the US for the remainder of the conflict, contributing to its relative decline and replacement by the US as the world’s major power for the rest of the 20th century.

Such was the nature of formal relations between Britain and the US during the First World War. These helped shape the nature of a post-war formal relationship centred on disagreements about repayment of the war debts and tensions over the US’s decision not to join the newly-created League of Nations.

There also existed, however, a plethora of other forms of relations in this period that contributed to how people in both countries understood the world once the conflict ended. Importantly, Scotland’s experience of this wider context was informed by its own historical connections with the Americas; while these connections were in part mediated by the wider UK-US framework, they were in other ways unique.

Scotland’s historical links to the Americas were of course forged in large part by Glasgow’s involvement with slavery in the plantations. They were further solidified by the impact of Scottish educational, philosophical and religious ideas during and after the enlightenment era, for example Scot John Witherspoon’s presidency of the College of New Jersey (Princeton University) from 1768 and Frances Hutcheson’s influence on Thomas Jefferson’s Declaration of Independence.

The most significant recent connections by 1918, however, were in the realm of municipal government with American political reformers’ fascination with Glasgow’s publicly-owned tram system and utilities. At the turn of the 19th and 20th centuries (a period known in the US as the ‘Progressive Era’) American activists, notably journalist Albert Shaw and senior democratic politician William Jennings Bryan, sought interventionist solutions to the corruption and poverty that blighted many of the large US cities. In Glasgow they found an example of what they regarded as good practice: public services managed and run by apparently benevolent city fathers drawn from the middle and business classes.

Indeed, Glasgow had long been of interest to American visitors, with some 19th-century travellers (some of whom will have arrived via the Glaswegian shipping companies the Anchor Line or Donaldson Line) remarking that the hustle of Scotland’s largest city was distinctly American in character.

The potency of the transatlantic progressive connection, in particular American interest in Glasgow, had lessened by the end of the First World War. After the conflict, cultural exchange flowed in the other direction, most notably through the spread of American popular culture across Europe. This period has typically been regarded as one of ‘Americanisation’, during which American movies, jazz and consumerism increasingly influenced European life.

In Scotland, Glasgow again provides a notable example of wider trends. Hollywood movies and cinema-going proved especially popular amongst the city’s population in the inter-war years even while American individualism and consumerism were perhaps out of step with the city’s socialistic elements. Meanwhile, Scottish perceptions of America relied not only on the glamorous images of the silver screen but were also shaped by news stories of American gangsters.

In Glasgow, such an interest in the US would eventually go full circle: America was presented as the land of violent organised crime and it was through a popular knowledge of American gangsters like Al Capone that Glasgow’s own gangland problems were increasingly understood in the 1920s and 1930s. This resulted in the city, probably unfairly, becoming known as the ‘Scottish Chicago’.

Read the article in full in the May/June 2019 issue of History Scotland, available here.