Traprain treasure, the Aberdeen Doctors and reassessing the scholarship of the Sobieski brothers in September/October History Scotland 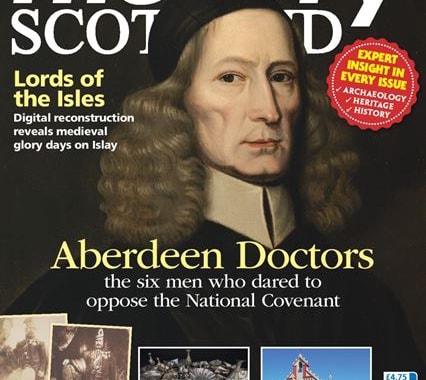 Historians and archaeologists are often working against the flow of well-loved legend and popular belief, as we demonstrate in this issue’s articles on the Sobieski brothers and the Traprain Law treasure

In both cases, new research has shown that careful investigation can go well beyond tradition and long-held belief and often reveal a truth that is so much more fascinating than the original legend.

We also have something of a Roman theme running through this issue, with the results of a recent investigation revealing that what was thought to be a Roman camp near Blairgowrie is actually a rare medieval deer park. But interestingly, archaeologists recently discovered the remains of a Roman marching camp in Ayr. We also investigate the disappearance of Rome’s ninth legion, believed in legend to have been destroyed by the Picts, but shown in new research to have vanished from the records for more prosaic reasons.

You can get to the heart of history and archaeology in between issues of the magazine with History Scotland Insider, our exclusive newsletter for subscribers, when you join the magazine here.