Professor Cathryn Spence explores what the presence of women in debt litigation can tell us about their economic role, both within the home and in society, at different stages of life.

Networks of debt and credit formed a cornerstone of the early modern economy. Nearly all members of society participated in these networks, including women. In northwestern Europe, the debt litigation that resulted from these networks, and what this can tell us about women’s economic roles within and without the home, has been well documented and discussed by a number of historians.

Yet similar roles played by women in Scotland have received far less attention, particularly for the period between 1560 and 1650. This is despite extensive runs of sources with evidence relating to a greater variety of women than many comparable European sources. Notably, in the Scottish sources, the roles of not only widows are visible, but also the roles of female domestic servants and married women.

Unlike men, who were typically identified by their occupation in debt litigation, women tended to be identified by their marital status – as wives, widows, daughters, singlewomen, or servants (who were typically young, unmarried women). As a result, it is possible to evaluate these women’s economic roles not only for their own sake, but also by comparing their experiences to those of other women at different stages of the lifecycle. 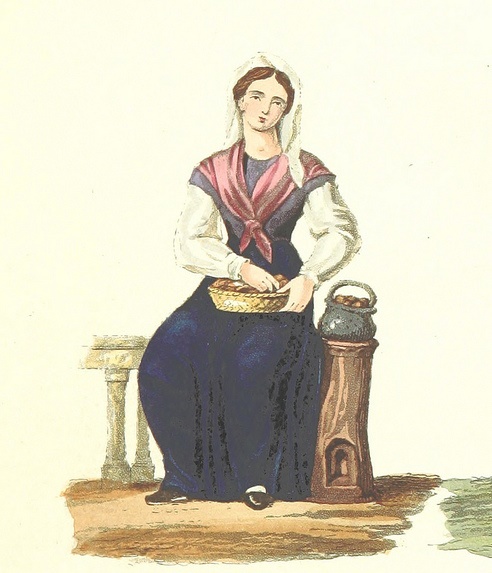 The presence of married women in debt cases is particularly striking, as in the majority of similar records for this period in northwestern Europe the presence of married women was hidden due their husband bearing legal responsibility for their actions in what was known as coverture. With this veil lifted in several of the Scottish sources, it is possible to examine the roles of women of all marital statuses, and so present a detailed image of women’s economic roles in the early modern period. This allows us to consider the implications of transitioning from singlewoman to wife to widow, and the agency women held at each stage of this lifecycle.

Moreover, the significant volume of extant records, including debt cases and testaments, allows us to quantitatively assess women’s involvement in debt and credit networks. In some of the Scottish litigation, women act as litigants in as many as 30% of cases. Such a large percentage suggests that the role of women was not nearly as limited as one might suppose from their husbands’ legal responsibilities.

In addition to calculating the sheer number of women who participated in these courts, the reasons women entered into these transactions can also be examined, providing a lens onto the roles of women in work during this period. These roles were wide-ranging, including the import, export, and sale of ready-made merchandise, the production and sale of ale, beer, and lace, the rental of property and the lending of money. In fact, women in all stages of the lifecycle were conspicuously active in the economies of Scottish towns. And, far from being limited to household economies, their interests could bring women of any social classes into interactions with the highest levels of Scottish society.

Indeed, whether married, widowed, or never-married, women engaged in economic endeavours that spanned social divides and ranged from the washing of clothes to international trade.

Cathryn Spence is Professor of History at Vancouver Island University. She is the author of Women, Credit and Debt in Early Modern Scotland, published by Manchester University Press at £70.

The book provides the first full-length consideration of women's economic roles in early modern Scottish towns. Drawing on tens of thousands of cases entered into burgh court litigation between 1560 and 1640 in Edinburgh, Dundee, Haddington and Linlithgow, Women, Credit and Debt explores how Scottish women navigated their courts and their communities.

Comparing the Scottish experience to that of England and Europe, Spence shows that over the course of the latter half of the sixteenth century and into the seventeenth century women were conspicuously active in burgh court litigation and, by extension, were engaged participants in the early modern Scottish economy.