Explore the Clyde Walkway with a new free app New Lanark, Bothwell Castle and Falls of Clyde are just three of the many places which can be explored via a new app on the Clyde Walkway.

New Lanark, Bothwell Castle and Falls of Clyde are just three of the many places which can be explored via a new app on the Clyde Walkway.

The app covers the 65km stretch of the Clyde Walkway between Glasgow and the Falls of Clyde, and can be downloaded from the App Store and Google Play Store. Working on GPS, app users can chart their progress on the route as they go, even through rural areas with limited mobile signal.

The route passes many points of natural, cultural and industrial heritage interest which the app provides information on, allowing users to untangle the fascinating and rich story of the River Clyde.

Highlights include; the city centre and waterfront within the city once known as the Second City of the Empire; stunning ancient woodland in the Clyde Valley National Nature Reserve (NNR); RSPB Baron’s Haugh and Dalzell Estate; one of Scotland’s grandest historic designed landscapes at Chatelherault Country Park; Bothwell Castle and the David Livingston Centre; Cunningar Loop Forestry Commission Community Park; and the Falls of Clyde and New Lanark UNESCO World Heritage Site.

Donna Marshall, CAVLP Programme Manager said, “We are thrilled to launch this fantastic and free resource for locals and visitors alike. The Clyde and Avon Valley Landscape Partnership exists to celebrate the unique landscape and cultural heritage of the Clyde and Avon Valley, and the app does just that. We hope to see a rise in visitors using the Walkway throughout the year, enjoying the carpets of bluebells and orchards in bloom in spring, the lush green summers, the magical patchwork of golden autumnal colours and sharp, crisp winter days.”

The character of the 17 km long stage one is markedly different from the rest of the route. It snakes from Glasgow’s West End in Partick, to Cambuslang in the east. This stretch takes in impressive viewpoints of some of the city’s most iconic buildings such as the SECC, The Hydro, Tall Ship and Riverside Museum, the former Templeton’s Carpet Factory and People’s Palace and Winter Gardens. But Glasgow is not named the Dear Green Place for nothing – the river is an important wildlife corridor, and sightings of kingfishers, dippers, roe deer, otters and even seals (further downstream) can be expected. 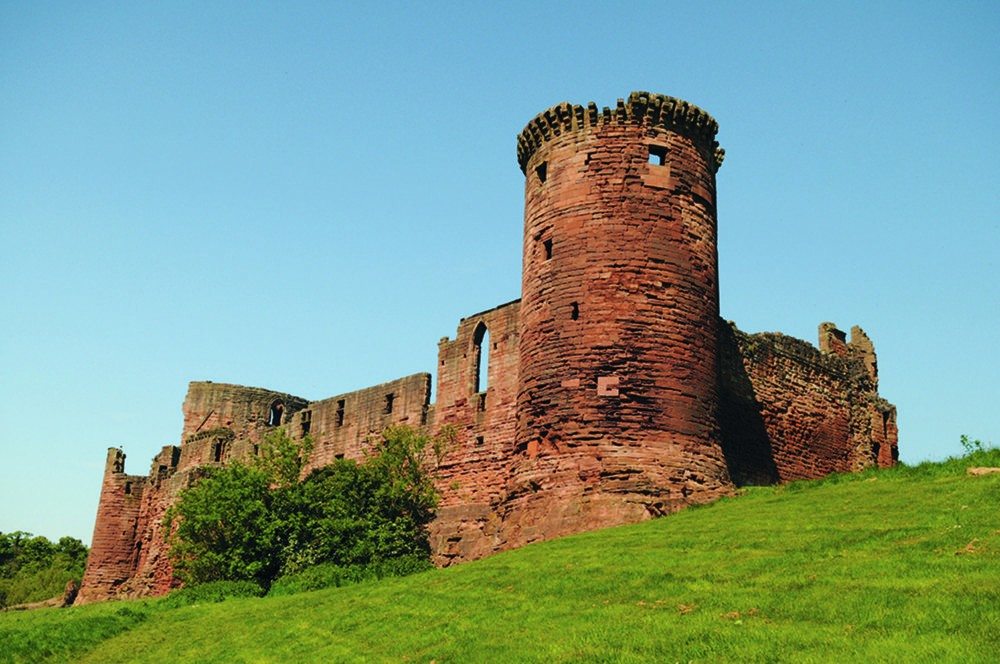 The 12 km part of the route passes through a mixture of rural and urban areas, marking the transition from city, to suburbs and towns, to countryside. It passes through Uddingston, Bothwell, Blantyre and the sprawling Strathclyde Country Park, taking historical sights such as Bothwell Castle (left) and the Roman Bath House at Strathclyde Country Park, and offers access to other attractions such as the David Livingston Centre and Hamilton Mausoleum.

This 13 km mid section of the Clyde Walkway passes through mature woodland and farmland, including two of six woodlands that make up the Clyde Valley National Nature Reserve (NNR) at Mauldslie Woods and access to Chatelherault Country Park - one of Scotland’s grandest designed landscapes as grounds of the former Hamilton Palace. The Clyde Valley NNR is one of the most significant remnant ancient woodlands in Scotland which contain a breath-taking array of native flora and fauna.

At 9.5 km, this is the shortest stage of the Clyde Walkway, passing through varied woodland and farmland, taking in fine examples of Clyde Valley Estates and designed landscapes at Mauldslie and Waygateshaw. Worthwhile diversions include; heading up the steep incline of the Lower Nethan Gorge to Craignethan Castle; paying respect to the Father of the Ordnance Survey, Major General William Roy, at his birthplace near Carluke; and taking in the unusual and picturesque village of Dalserf. 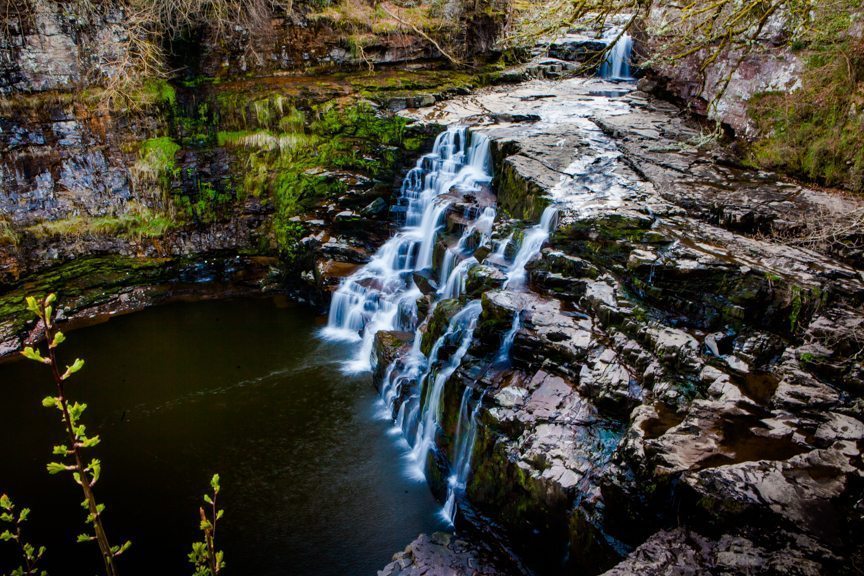 This 13 km stretch of the Clyde Walkway takes visitors from the heart of the Clyde Valley, through orchard country and spectacular wooded gorges, to New Lanark UNESCO World Heritage Site and Corra Linn (pictured) – the largest waterfall by volume of water in the UK.

The four falls of Clyde have provided inspiration to artists, writers and historical figures throughout time including Wordsworth, Robert Burns, Sir Walter Scott and JMW Turner. Their immense power led to New Lanark mills being built, now known worldwide for their ownership under socialist and philanthropist Robert Owen, who was a pioneer for workers’ rights during the industrial revolution.