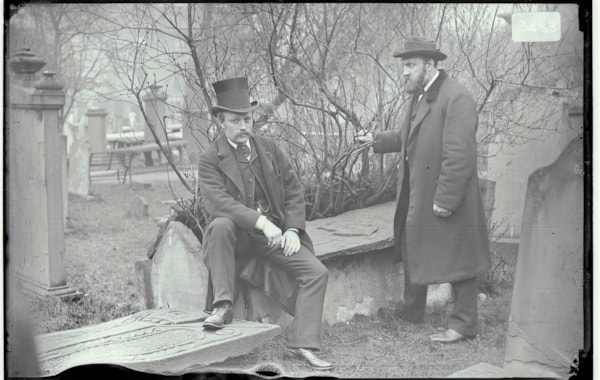 FindMyPast has today (27 November) announced that a 'vast' new online collection of Scottish memorial inscriptions has been added to its collections.

Now, researchers can search more than a million epitaphs and memorial inscriptions from historic burial grounds thanks to the hard work of thousands of dedicated volunteers who gave up their time during the Covid-19 lockdown.

Published online for the first time and available exclusively at Findmypast, 'Scotland Monumental Inscriptions' is the result of a grassroots project that saw local volunteers spend hundreds of hours throughout lockdown painstakingly transcribing the details found on over a million headstones and memorials across the country.

Find the final resting place of your Scottish ancestors

Users of FindMyPast can virtually visit the final resting places of ancestors and famous Scots alike to read epitaphs and uncover valuable family and biographical details.

Spanning almost 1,000 years of history with records dating back to 1093, this comprehensive digital archive covers over 800 burial sites in 688 parishes (80% of the nation) across all 34 historical Scottish counties.

Inscriptions from some the most famous burial sites in Scotland such as Edinburgh Greyfriars & Canongate Kirkyards, the Dundee Howff, and Dunfermline Abbey Churchyard can now be accessed by family historians and history enthusiasts to gain vivid new insights into the stories behind the headstones.

The new resource is the result of a collaborative project between Findmypast and volunteers at 10 Scottish local and national family history societies, including:

Names, dates, locations and other biographical details such as additional family members, occupations, causes of death and more were transcribed and then digitally converted thanks to new, proprietary technology to create a searchable online national index.

What does the collection include?

Chronicling the lives and deaths of almost 1.1 million deceased, the collection has been created by merging almost 600,000 newly created records with existing documents already available on Findmypast, to create the largest single collection of its kind.

This collection also includes records of inscriptions found on buried stones, uncovered through archaeological survey with their details recorded for the first time in centuries. In addition, old books and local histories were used to document memorials that have long since been lost due lost to erosion, weathering or simply time itself, allowing researchers to gain unique new insights into to the lives of those who lived and died many centuries ago.

Some of Scotland’s most renowned sons and daughters can be found within the collection, including monarchs and their favored courtiers, Covenanters, Jacobites and revolutionaries, not not to mention many thousands of poets, artists, musicians, artisans, tradespeople, laborers and more.

Notable individuals and memorials found within the collection include:

Myko Clelland, Regional Licensing & Outreach Manager at Findmypast said ‘Scotland is a nation of stories, but so many lie forgotten in cemeteries across the country. Through the tireless efforts of local expert volunteers, combined with new technology, these stories can be told for the first time online. What better way to bring these tales to life, than to let descendants tell these tales for themselves?’

Please note that a subscription is required to explore the records, however FindMyPast offers a free trial periodically and it is also possible to use the site on a group subscription and libraries and archives.

Want to discover more about your Scottish ancestors? Check out our four exclusive webinars here.