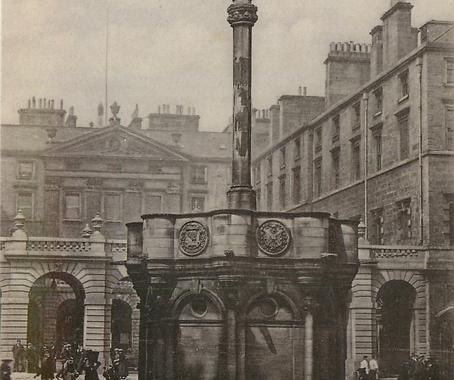 This pay-per-view website provided by the Scottish Government gives access to images of civil registration birth, marriage and death records from 1855 onwards, census returns from 1841-1911, parish registers (baptisms, marriages and burials from the 16th century up to 1854), Roman Catholic registers from 1703-1992, wills from 1513-1925, soldiers’ wills, late 19th and early 20th century valuation rolls, and coats of arms from 1672-1913. 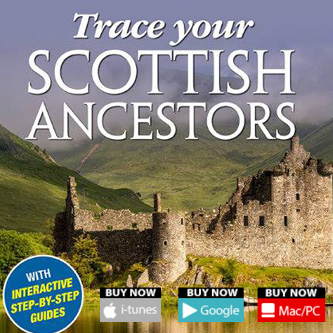 Once you’ve registered with the site, you can buy 30 credits for £7. You can search the indexes free of charge, but (for civil registration, census, parish, Catholic and valuation records) it will cost you one credit to view a page of up to 25 results, and five credits (or two for valuation records) to view an image. If a record is flagged up as being in the Register of Corrected Entries, you can view the entry for two credits. Credits are valid for a year and any you haven’t used by the time they are due to expire are added to any credits that you buy in the future.

Searching the indexes of wills, soldiers’ wills and coats of arms is free of charge. It will cost you 10 credits to view a will, however long it is – and some are very long indeed! – 10 credits to view a soldier’s will, and £10 to view a coat of arms record (but the earlier records don’t include an illustration of the coat of arms). For births that took place less than 100 years ago, marriages less than 75 years ago and deaths less than 50 years ago, you can order a certificate online (for delivery by post), which currently costs £12.

This Scottish Government website is subscription-based, although some facilities are free of charge. The site has images of taxation records from the 17th century (including Land, Hearth and Poll Taxes) and 18th century (including Male and Female Servant, Carriage, Cart, Dog, Horse, Farm Horse, Shop and Window Taxes), as well as records from the 19th century Ordnance Survey place-name books. A subscription to the site costs £18 for three months, £36 for six months and £72 for a year.

This free website includes guides to many of the various types of records the NRS holds, and a searchable index of the NRS catalogue. You can also search the Scottish Archive Network’s catalogue of 52 local archives – including several Edinburgh-based archives – and the catalogue of the National Register of Archives for Scotland, which lists private papers, whether in private hands or deposited in libraries and museums.

This website provides free online access to digitised county maps of Scotland (many showing parish boundaries), as well as detailed town plans. The website has around 70 plans of central Edinburgh, plus nearly 50 more maps of suburban areas, including proposals for an eastward extension of the New Town between Leith Walk and Easter Road. The NLS site also provides access to digitised versions of Post Office and other directories and to 40 open-access resources among the Library’s licensed digital collections.

At this pay-per-view and subscription-based website, you can find digitised images of burial and cremation records from Edinburgh’s Warriston and Seafield Cemeteries and Crematoria, as well as photographs and transcripts of the memorial and headstone inscriptions from Canongate and Dalmeny Churchyards, the Old and New Calton Burial Grounds, and Kirkliston and South Queensferry Churchyards and Cemeteries. It costs £2 to view an individual image or transcript, and £89 for an annual subscription to the burial and cremation records.

Other useful websites for tracing Edinburgh ancestors are the subscription websites Ancestry and Findmypast which both hold UK military service records for the First World War period and earlier (at Findmypast). The UK’s National Archives also has some military records, as well as those of the Royal Navy, Royal Air Force and Royal Marines.

Alan Stewart is the author of Tracing Your Edinburgh ancestors, published by Pen & Sword books. Alan takes readers through the story of Edinburgh from the earliest times up to the present day, showing how the city’s colourful history has affected the lives of their ancestors. The many genealogical records of Edinburgh are described in detail, while appendices cover genealogy websites and Edinburgh’s many archives, museums, art galleries, castles, palace and family history society.