A history of Lennel medieval kirk William Murray explores the history of Lennel Medieval Kirk, whose history has been explored by members of the Coldstream History Society.

It is unclear when exactly a church was erected in what is now the village of Lennel in the Scottish Borders. The manor of Lennel, which included the church, was in existence during the reign of Edgar, King of Scots and was probably sited to the North of the Kirk. Edgar, or to give him his Gaelic name Eagar mac Mhaoil Chaluim, sat on the throne from 1074 to 1107 and was the fourth son of Malcolm the Third.

QUICK LINK: NEW RESEARCH INTO 2 'NEW NAMES' ON THE DECLARATION OF ARBROATH

By the year 1120 there was a parish and church of Lennel and was mentioned in several clerical documents and Charters of that time under the various names of ‘Lienhale ‘, ‘Leyonall’ ,’Leinhall’ or ‘Laynell’. The Anglo Saxon ‘Lyn’ and ‘Len’ signifies a pool or bend in a river and ‘Hal’ means large house. It appears that half of the church was granted to Coldstream Priory in or around 1166 by Cospatrick, Earl of March, and shortly after his death the other half was passed over to the Priory by his successor Waldeve. 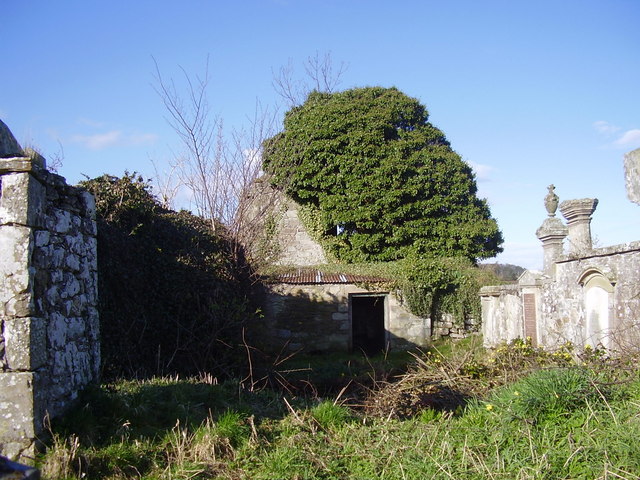 It was noted that by 1627 there were over 800 communicants aged over 18 years. However by this time following the Union of the Crowns of Scotland and England the bulk of the population was beginning to shift towards the settlement of Coldstream, which was positioned beside a major ford on the River Tweed.

It was now thought necessary to have a new and much larger church built in the centre of the burgeoning town, now free from the ravages of invading armies. Partly this was because the old church was in very poor condition and the cost of repairs were nearly as much as the costs of a new building. There were objections to the move, led by the Earl of Haddington of Lennel and Lady Grissel Ker who was then living at Milnegraden but these were, however, overruled and the building of the new church went ahead.

The new church, in Coldstream High Street, was paid for by Charles, the earl of Home and completed in 1705 and it became the new Parish Church in 1718. After that there was no further talk of repairs to Lennel Church and it was allowed to fall into a ruinous state. There is a relic, now housed in Coldstream Museum, called the ‘ Lendon Hand Bel ‘. This bell was used at Lennel probably as a ‘Mort Bell’. in the churchyard rather than in the church itself. It would have been tolled on the day a villager died so that people could pray for the soul passing into eternity. It would also have been rung again before the cortege on the day of the funeral.

Apparently this bell has not been rung once since the Reformation in the 16th century and it did well to survive the attentions of the Protestant reformers who were keen to destroy everything connected to the Roman Catholic church. Instead the Bell was handed over to the Reformed Church together with other ecclesiastical property and thus it survives to this day as by far the oldest relic in the Parish.

William Murray MA is vice chairman of Coldstream & District Local History Society. For more on the society, visit their website.