Face of the Cramond murderer revealed in new facial reconstruction 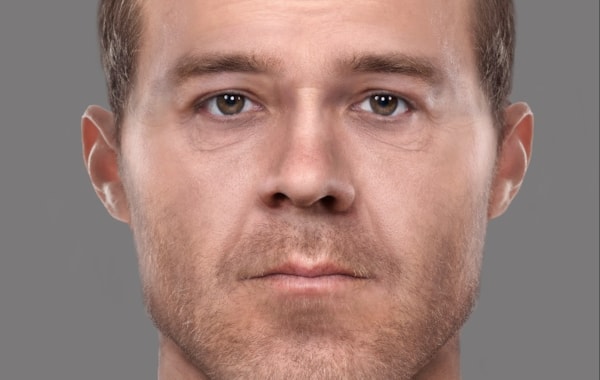 John Howison murdered Marta Geddes on 21 January 1832. The widow was found dead with severe fracture wounds to her head – following an unprovoked attack by Howison with a sharp spade.

On the day of the murder, John Howison was recorded as entering Cramond, a village north-west of Edinburgh, with a black handkerchief over his face and a book (believed to be the Bible) hanging from his wrist. He was witnessed asking people for alms with no success. Having failed in this, he entered the widow Geddes' house where upon he brutally attacked her.

The newspaper clipping shown explains he ‘cleft with a sharp edge of a spade, the head of its defenceless inmate almost in two’, the spade having entered in an oblique direction above one eye and sloped to below the other’.

Howison was sentenced by Judge David Boyle (pictured) to execution by public hanging before his body was given to Dr Munro of the University of Edinburgh in the last criminal dissection to take place in the Capital. Now, the life-like profile of the 19th Century killer is exhibited next to a replica of his skull in a free display, open now, at Cramond’s Maltings Interpretation Centre.

As the Capital’s last criminal to be dissected before the Anatomy Act of 1832 abolished the practice, Howison is famed in the University of Edinburgh’s Anatomical Museum. His articulated skeleton is still displayed next to the remains of William Burke.

John Lawson, City of Edinburgh Council Archaeologist, added: “This has been a rare opportunity to put a face to one of Edinburgh’s lesser-known perpetrators. We often focus on the history of the city centre, but our communities are just as interesting. The story of John Howison, the Cramond Murderer, is especially captivating.”

John Dods from the Cramond Heritage Trust, added: “Cramond may be a small district but its history packs more incredible events and findings than many parts of Edinburgh. The trial of John Howison is one of the area’s lesser known tales, but it was an important event in scientific history. I hope our display at the Maltings educates and provides visitors with an insight into Cramond’s colourful and sometimes unsavoury past. I’m delighted we are able to host this display locally, and thank everyone involved for making it happen.”

The Maltings Interpretation Centre is a small museum outlining the history of Cramond. Run by volunteers, the space is free to visit between 2-5pm every Saturday and Sunday between April and September, but will be open every day during the Summer festivals. Discover the story of the Cramond Killer at the Centre now.