Linlithgow then and now - bygone Scotland 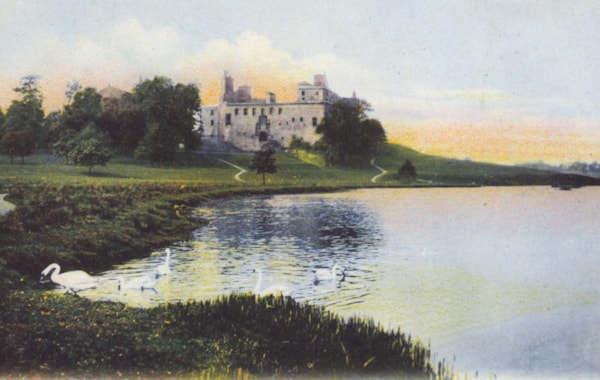 Enjoy these fantastic 'then and now' views of the historic town of Linlithgow, a favourite with the Stewart monarchs. ...

Linlithgow then and now - bygone Scotland Images
Enjoy these fantastic 'then and now' views of the historic town of Linlithgow, a favourite with the Stewart monarchs and the birthplace of both King James V and Mary Queen of Scots. The original entrance to the Palace faced eastward. Above the drawbridge were the arms of King James I, for whom the earlier royal hunting lodge was rebuilt in the 1420s.

Local legend states that the swans on the loch, being 'royal birds' left the town on the arrival of Cromwellian troops and did not return until the restoration of King Charles II in 1660.

The area in front of the palace, the Peel, (somewhat enlarged with infilling) hosts many events such as jousting tournaments, dog shows, musical events, a Chanel fashion show and the annual Gala Day - and the swans are still there. In the 1890s Marches Day photograph, the town's dignitaries stand on a balcony above the decorated plaza.

In the square below, the horse-drawn landaus are preparing to carry the civic dignitaries, the provost and bailies of the town council - to inspect the town's boundaries at Linlithgow Bridge and Blackness.

This tradition, which can be traced back to the granting of a royal charter by King Robert II in 1389, continues to this day on the first Tuesday after the second Thursday in June.

The marching, red-coated musicians are members of the Linlithgow Reed Band, which was founded in 1956. Adjoining the burge of Linlithgow is the village of Linlithgow Bridge. Many of its inhabitants used to work in the mills along the River Avon, which produced grain, printed cloth and paper.

Robert Burns visited in 1787 and called in at the Avon Printworks, then under the management of his friend, James Smith. Burns ordered a shawl of a peculiar pattern as a present for his wife, Jean Armour.

The modern view lacks something of the charm of the old, unmetalled street but the living facilities and amenities are undoutedly better.

On the right are the 1907 Chalmers Cottages, designed by Sir Robert Lorimer.

Text and images taken from 'Linlithgow Through Time', by Bruce Jamieson, published by Amberley Publishing at £14.99 - available at the discounted price of £13.49 now!. The fascinating selection of photographs in the book traces some of the many ways in which Linlithgow has changed and developed over the last century.