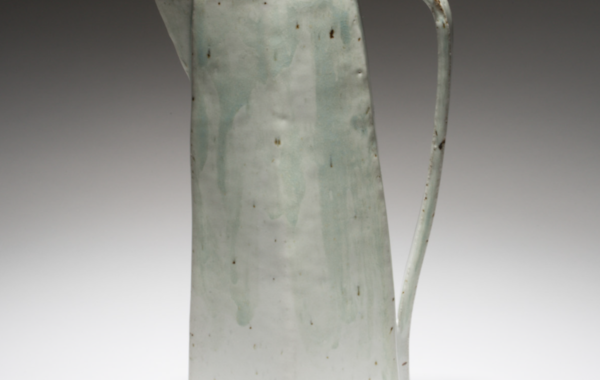 Since its launch in 1991 two aims have remained constant in the fast evolving phenomenon that is Glasgow Women’s Library, the UK’s sole Accredited Museum dedicated to women’s history; uncovering the contributions of women to Scotland’s culture and supporting and nurturing women’s contemporary creative and campaigning endeavours.

These aims frequently intersect in our programming as in March of Women, the Library’s remarkable staging of a re-enactment of the 1907 suffragette play a Pageant of Great Women. March of Women heralded the Library’s relocation to Glasgow’s East End in 2014. A collaboration with the Royal Conservatoire of Scotland, over 100 women were involved as history detectives, exploring the legacy of the campaign for the vote and becoming active around contemporary enfranchisement.

Records of the First Wave of feminism, in the form of suffragette postcards, newspapers, jewellery and other memorabilia that were to inspire March of Women, form a significant part of the newly rehoused collection at GWL and link to a mass of records of the Second and subsequent ‘Waves’ charting the period encompassing Women’s Liberation and feminist intersectional politics from the late 1960s on.

Visitors discover so much more on their visits; the Library contains everything from the UK’s largest lesbian archive, the records of organisations including the Family Planning Association, Scottish Women’s Aid and Rape Crisis to a remarkable cache of zines, knitting patterns and badges that chart the spectrum of ways that women have exercised their commitment to politics, music, campaigning and changing the world.

However, it has become apparent that the resource reflecting suffragette history is one that is perennially and increasingly in demand by researchers. The records of this struggle for equality has the capacity to capture the imagination of learners and visitors often providing a vital pathway to the wider collections for women from diverse backgrounds including the latest wave of young feminists and women who are new to history, literacy learning or have English as a Second Language.

In a range of programming, commissions for artists and writers, talks, screening and exhibitions the lives and histories of suffragettes have been explored, displayed, promoted, discussed and performed.

On 23rd July 1916 the first Women’s Peace Crusade marched from George Square to Glasgow Green, drawing crowds of thousands. 100 years later to the day GWL launched an exhibition that placed the Peace Crusaders in context and celebrated their courageous campaigning histories.

One of the key figures for the Forward! programme was Helen Crawfurd.  New Zealand based artist Fiona Jack was approached by Forward! curator Fiona Dean to contribute some small scale works to an exhibition at GWL. We had discovered that Fiona Jack was both using Crawfurd’s life and work as an inspiration for her practice but that she was also a great, great niece of this legendary Scottish campaigner.

Following the success of the Forward! project links strengthened between GWL and Fiona Jack and have culminated in 2018 in Jack’s fascinating exhibition that mines the history of Crawfurd, her illustrious trailblazing forbear and is also inspired by the specific context of GWL.

The exhibition has been one that Jack felt personally compelled to make:

“there’s no way I could not make a project about her as she seemed to connect so many research threads I was already deeply engaged with – advocacy and community work, activism, Marxism, feminism, public protest and civil disobedience.

In 2016 Jack made a productive research trip to Glasgow that uncovered rare records that illuminated Helen’s political and personal life from family connections, and she started to conceive of the creative ways that her work could mark Helen’s enormous political impact. This included exploring the potential for publishing Crawfurd’s autobiography and working with a small group of Library learners to start to devise a banner work that will form part of the final exhibition.

Jack’s works for the exhibition will also include exquisite, handmade ceramics that have been created through dialogues with contemporary artists, historians and others who are champions of Crawfurd’s legacy today and a powerful piece created from a ton of individually etched stones emblazoned with the statement ”in the hands of the proletariat”.

“I took the two stones given me, got a taxi early in the morning to Piccadilly and quietly made my way to Harvard Street. The two stones had messages attached, with a demand for the enfranchisement of women, etc. I felt rather proud of the fact that I broke both windows and that my aim was good.”

“I wasn’t seeking to re-enact this moment, or to find out what was written on the notes attached to her stones specifically, but rather I wanted to make a connection between the bold actions of her and her suffragette comrades, her almost lifelong commitment to Marxist/communist thinking, and a contemplation of radical action today.”

Our Red Aunt is a powerful and uplifting paean to one of Scotland’s most important political figures and a truly emblematic women in the largely hidden canon that GWL seeks to recover in their work. For Jack however, the exhibition is also a response to GWL itself:

“I love the space and the people at the GWL and the way it operates as such an open and inclusive space. Those dynamics really matter to me as they have quite an influence on the work I make. This is intentional – it’s a way of listening, researching, reading and responding. If I were doing a project about Helen Crawfurd at another institution it would be a totally different show. To me this exhibition is as much about the library as it is about Helen.”

For their part, the Library team have been overwhelmed by the efforts made from her base in Auckland to make work that is freighted with so much meaningful impact in Glasgow. The Library is located a few minutes’ walk from Glasgow Green where Crawfurd mobilised public demonstrations for equality and justice and an end to exploitation and poverty. Jack’s work is being shown in the former Gentleman’s Reading Room of the local lending library that is now GWL’s impressive events space, and as such evocatively marks the distance travelled since its launch in 1907 in women’s campaigns for equality with men.

A further poignant and powerful element in Jack’s creative response to her subject’s history and the locale of GWL is in her involvement of High Rise Bakery, a community project located a stone’s throw from GWL across the river in the Gorbals. High Rise started as bakery sessions led by charity Bridging the Gap in a borrowed kitchen in the block, Waddell Court and has grown into a social enterprise that has brought isolated people and refugees together to make and sell nutritious and affordable bread.

The connection between Jack and GWL will extend beyond the exhibition run; discussions are underway with the ambition to see Crawford’s autobiography, available to read in a limited edition for the exhibition, published for a wider audience. The banner created by Jack for GWL will be displayed in the longer term at the Library and can also be seen soon on a march near you.

Our Red Aunt launches on Thursday 1st February and runs until Saturday 17th March 2018. It is free to view and can be visited during GWL opening hours. Our opening hours are 9.30am-5pm on Monday, Tuesday, Wednesday, and Friday and 9.30am-7.30pm on Thursday. We are also open on Saturday from 12pm to 4pm.