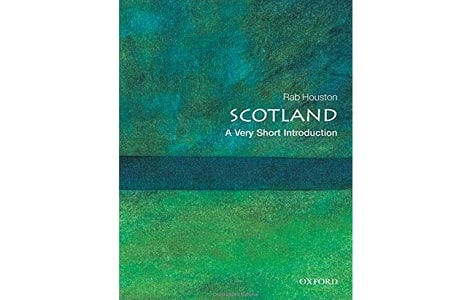 Q As a Scotland-born man who has lived overseas do you think there are any misconceptions people outside of Scotland have about the country’s history and if so could you give us some examples?

In most of the world people like the Scots and their misconceptions tend to be positive or at worst a bit romanticised: think Outlander and you’ll get the picture. They focus on a few key events, like the Wars of Independence (Braveheart) or iconic figures like Mary, Queen of Scots and Bonnie Prince Charlie. They think of one Scotland – usually Highland – and can be surprised that the country was (and is) so urbanised and concentrated in the Lowlands – and so varied.

I work part-time as an expert lecturer for a US tour company and most of what I try to do is gently to change those perceptions. English stereotypes are a bit more negative, often seeing the Scots as being for centuries mean, troublesome, and whingeing: think Wars of Independence, English Civil Wars, Jacobites, and modern nationalism and you’ll get the picture. That’s a tougher nut to crack!

Q Can you identify three key developments in Scotland’s history which are covered in Scotland: A Very Short Introduction and summarise their importance?

First, while Scotland is not obviously ‘multi-cultural’ by modern standards, it has historically been marked by pronounced geographic, linguistic, religious, and social differences remarkable in so small a country. Second, it developed and has a strong ‘civil society’ or ‘voluntary sector’ that has at times reinforced those differences and at others created homogeneity of vision, notably in ideas about education and common humanity. The Scots have always been people people. Third, whatever the local and regional differences, Scotland developed a sense of national identity during the Middle Ages that has never dimmed, even within the context of Union with England and even when Scots exalted in being ‘British’.

But that identity is complex. The misunderstandings (and sometimes antagonisms) between modern Scots and English come out of a tension between their shared experience and the desire to remain different. Scots (and English) are only ‘British’ in specific contexts and appeals to this level of identity include sectional characteristics rather than overriding them. When Scots talk of themselves as ‘British’ they draw on a long history of being different as well as a limited experience of being the same. Unlike other nations that broke free of English domination (like the Irish and Americans), historic Scots never did - and arguably most never wanted to, partly because they had a more positive role in making British (and imperial) culture.

Q And what makes Scotland’s history distinct to its neighbour England?

Just about everything. Its social structure, religious leanings, laws, administrative structures, language, education system, and political thought have generally been either completely or partly distinct from those of England – and Ireland for that matter, whatever we may think about the ‘Celtic fringe’.

Q What events in Scottish history would you like to have witnessed and why?

The building and ritual use of the great Neolithic structures like Maeshowe (Orkney). We know so little of the rich lives of these ancient people.

Not an event, but what happened to the Picts: this is one of the great enigmas of European history.

I’d like to attend one of Mary, Queen of Scots’ parties, to find out what she was like when she let her hair down.

I’d like to talk to a witch and those who accused and tried her, to get into a supernatural mental world that is so very alien to us.

Culloden, but not the battle itself (Peter Watkins’ film and the NTS visitor centre do that so well): I’d love to have been in the circle of decision making around the Young Pretender, about where and when to fight probably the most defining battle in mainland British history.

I’d like to watch the political tide turn, during the 1840s and 1850s, against the landowners who forced countless thousands off the land during the Clearances. This is probably the single most important social and political change of the last thousand years.

Robert Allan (Rab) Houston was born in Hamilton, Scotland, lived in India and Ghana and was educated at the Edinburgh Academy and St Andrews University before spending six years at Cambridge University as a research student (Peterhouse) and research fellow (Clare College). He has worked at the University of St Andrews since 1983 and is Professor of Modern History, specialising in British social history. He is a fellow of both the Royal Historical Society and the Royal Society of Edinburgh (Scotland’s national academy), and a member of the Academia Europaea. He is married to a senior university manager and lives in Edinburgh.