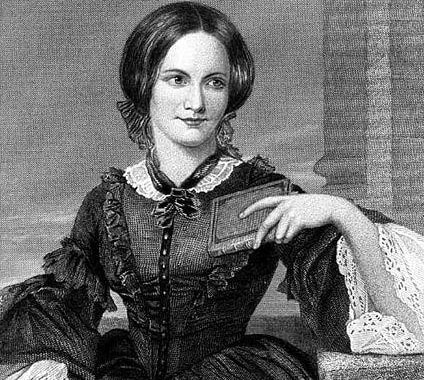 This coming Thursday, the 25th of January, will be marked across Scotland and on far flung shores across the world, as Burns Night. The reason for this, of course, is that it is the day that Robert Burns, the Bard of Ayrshire, was born on in the year 1759. He was a magnificent poet but his fame has transcended the world of literature until he has become seen as a national emblem of Scotland itself.

With this special night in mind, and as in just over a week I will be making my first journey to Scotland in over thirty years, I thought it a good time to look at the huge influence that Scotland had on the Brontës.

The Brontës and Scotland

The Brontës were passionate about all things Scottish. This is partly because of their youthful reading of Blackwood's magazine – produced in Edinburgh it featured essays and literary extracts from many great writers, including another Scottish writer, James Hogg.

Hogg was a fascinating man, born into a poor life as a shepherd he became feted as a great writer and produced the sensational, and scandalous, novel 'The Private Memoirs and Confessions of a Justified Sinner'. This novel was a clear influence upon 'Wuthering Heights', and all the Brontë siblings must have been distraught to hear of his death in 1835. This was the catalyst for Branwell to write to Blackwood's magazine and offer his own services to replace Hogg:

'You have lost an able writer in James Hogg, and God grant you may gain one in Patrick Branwell Brontë'.

Perhaps unsurprisingly, the ambitious young writer received no reply to his letter, and to subsequent follow ups. One Scottish writer fascinated the Brontës even more than the Ettrick Shepherd (as Hogg was known), and that was Sir Walter Scott. We have Aunt Branwell to thank for the Brontës' love of Scott, for it was she that ignited their passion with her gift of his new book 'Tales of a Grandfather' at Christmas 1828.

'Tales of a Grandfather' is a stirring rendition of some of Scotland's greatest legends, such as the tales of Robert the Bruce, and it certainly fired the young Brontës' imagination. Scott's influence would never leave the sisters and it can be seen especially in Emily Brontë's 'Wuthering Heights' - even more so than the influence of Hogg and of other books such as 'The Bridegroom of Barna', first published by Blackwood's Edinburgh Magazine in 1840.

One reason the young Brontës loved all things Scottish was that the moorland landscapes covered with heather, the wild wuthering weather that swept through the valleys, were shared by Scotland and Haworth alike. On their childhood jaunts across the moors, we can easily imagine Emily and Anne re-enacting some of their favourite moments from Scott's tales, and the sight of a mouse or vole would surely recall to their minds Scott's famous depiction of a 'wee, sleekit, cow'rin, tim'rous beastie.'

Charlotte Brontë was the only sibling who ever made it to Scotland, visiting there in the company of George Smith and his sister in July 1850, and she was mightily impressed. She fell in love with Edinburgh, recalling as it did the happy times she had spent reading about it and dreaming about it with her now gone sisters Emily and Anne. Charlotte declared that: 'Edinburgh compared to London is like a vivid page of history compared to a huge dull treatise on Political Economy.'

Scott's supremacy as a writer was also attested to by Charlotte in a letter to her great friend Ellen Nussey in July 1834 when she said:

'Scott's sweet, wild, romantic Poetry can do you no harm... for Fiction – read Scott alone, all novels after his are worthless.'

The Brontës and Robert Burns

There was another great Scottish writer who was familiar to the Brontës – the man himself, Rabbie Burns. Burn's poetry, and particularly those such as 'The Battle Of Sheramuir' that deal with conflict and intrigue, can be heard echoing in the Gondal poems of Emily and Anne Brontë. Perhaps fittingly, however, in this his anniversary year, it was Branwell Brontë who exhibited the greatest influence from Robert Burns, writing a poem, or rather a fragment of a poem, entitled 'Robert Burns'.

Happy Burns Night to one and all, whether you're in Scotland, England, America or anywhere else. It's traditional, of course, at a Burns Supper on 25th January to read Burns' wonderful poem 'Address To A Haggis' as pipe music plays in the background. Imagine the pipes wailing out, a glass of finest Scotch by your hand, as that great national meal the haggis solemnly approaches. Now to complete the ceremony (in our minds) we can recite Branwell's fragmentary tribute to the great Rab Burns himself:

'He little knows – whose life has smoothly passed
Unharmed by storm or strife, undimmed by care
Who – clad in purple laughs at every blast
Wrapped up contented in the joys that are
He little knows the long and truceless war
Of one on poverty's rough waters cast
With eyes fixed forward on the glorious Star
That from fames temple beams – alas! How far
Til backward buffeted o'er ocean's waste.'

Happy Burns Night/Week to you all – or as Burns himself said: 'Fair fa' your honest, sonsie face, great chieftain o the puddin'-race!'

Nick is the author of several Brontë books, including In Search of Anne Bronte and the forthcoming Emily Bronte: A Life In 20 Poems, both published by History Press.