The Final Voyage of the Clipper Ship Teviotdale - author interview 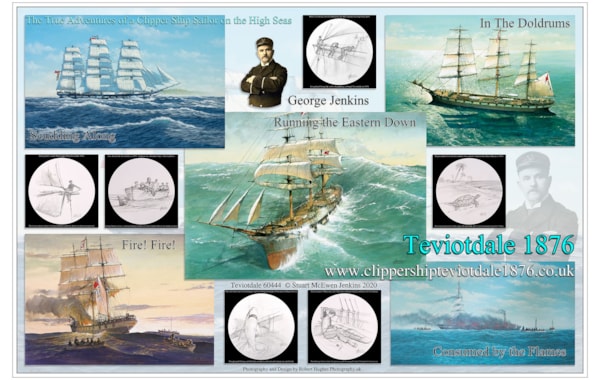 We talk to author Stuart McEwen Jenkins about the shipwreck of the Teviotdale, the Clyde-built ship on which his grandfather George Jenkins (pictured below) sailed. 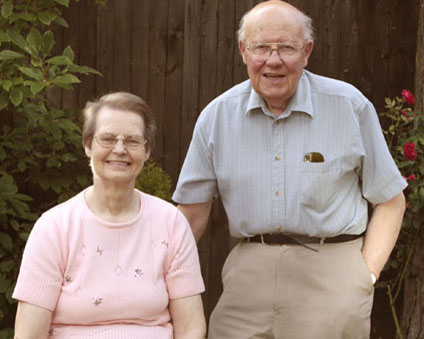 Stuart (pictured left) first became aware of a hand-written manuscript recording his grandfather's memories of his epic voyage on the clipper ship Teviotdale in 1876, when he was a child during the years prior to World War Two.

Following years of research, Stuart has published The Final Voyage of the Clipper Ship Teviotdale, telling the story of the ship's final voyage and the crew's fate after an-board fire forced the sailors (including his grandfather) to abandon ship.

In this exclusive interview, Stuart talks to us about how the story has passed down through the family, how his grandfather came to share his adventures with the Scottish public - and the family's long-standing involvement with ships and sailing. 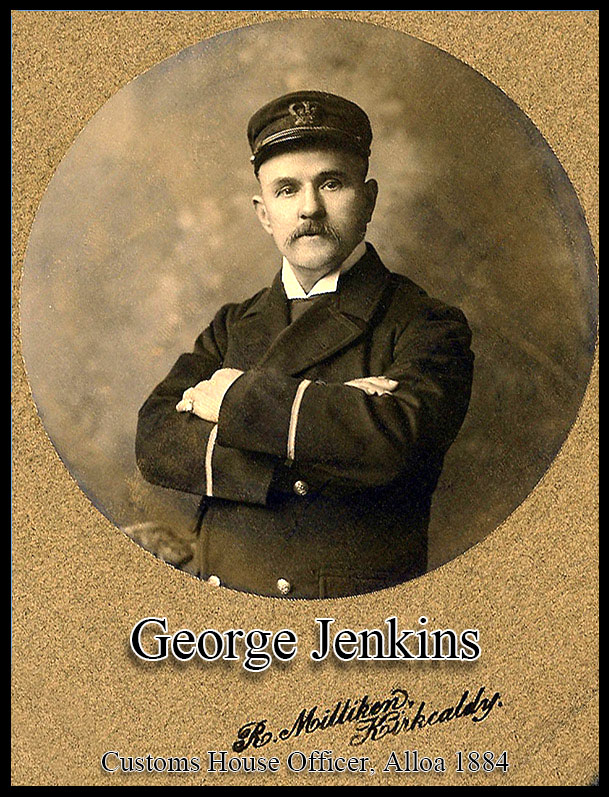 Growing up, did any of the family tell you about your grandfather's adventures at sea?

I cannot remember anyone from my father’s family ever mentioning anything about their father’s life. My father had the original 37 pages of handwritten lecture notes in a drawer of his bureau where they remained for many years together with 4 lantern slides which unfortunately became lost when we, as a family moved house to Barnham in West Sussex.

The bureau subsequently passed to my sister Margaret and when she died it passed to me.

As a child aged about four I vaguely remember seeing the rolled up manuscript when out of curiosity I noticed the lantern slides and held one up to the light to see nothing more than a collection of ropes. I think my father found me doing this and said for me to take no notice of a 'sailor’s yarn'.

It was not until around 2004 that I took it into my head to type up this story, laboriously page by page into my computer. The tale then took on a very realistic meaning and with the aid of what I could then find by searching the internet, everything became of great interest.

Why do you think your grandfather George Jenkins went to sea despite the fact that he had experienced the loss of three close family members at sea?

My answer to this is that I think my grandfather had no alternative. Life was tough in those days and I think he just loved the life and the sea. Also his family lived in a Glasgow tenement in, I suppose, very cramped conditions and going to sea in a wonderful clipper was a better alternative.

I say this because my father, his son, also loved the sea and anything to do with boats. So much so that when he had become comparatively wealthy during the 1930s due to running a successful removals transport business between Glasgow and London in partnership with his brother James.

In 1936-37 my father bought a 35 foot-long liner lifeboat and had it converted into a motor cruiser. We subsequently had glorious holidays sailing up and down the River Crouch until the beginning of the Second World War, when the Admiralty requisitioned the boat. After the war he received the boat back and it started all over again.

When I was 15 my father bought another boat and that same year, I sailed with my brothers with father all the way down the Irish Sea.

Although we had to get our sea legs, father could stand any rough sea without being seasick himself.

George told his story at the Tullibody Institute in 1909. How common do you think it would have been for a former seaman to give a lecture to the public on his adventures?

No, I think it was most unusual. My guess is that my grandfather used to never stop talking about his sea adventures and then being a pillar of local society was persuaded to give his lecture at the local Tullibody Institute hall.

In your book, you mention the practice of press-ganging, which of course to modern eyes sounds horrifying. Do you know whether it was common for press-ganged men to actually go on to become professional sailors?

Yes – I think it was quite common for men to be press ganged as described. I also think that many did go on to become professional sailors. However, many also jumped ship when they docked in Australia or New Zealand to start new lives there.

My grandfather also mentions in his narrative at the beginning of the Final Voyage that the captain took the ship out to anchor in the Firth of Tay to await completion of the last crew members. This action must have been necessary in order to make sure existing crew members did not “jump ship”.

He also mentions that two crew members had walked all the way from Glasgow to Dundee to find work on a ship. This illustrates just how tough life was in those days.

How experienced would the Teviotdale crew have been in dealing with a fire on board ship? Was it quite rare for a crew to have to abandon ship due to a blaze?

Fire on these ships taking coal to India and elsewhere, was quite common. But considering the number of trading ships existing at the time, it was not common for many to experience 'fire'. In the story it is stated that one of the crew had experienced such a situation on his previous voyage.

What do you think the Teviotdale’s captain would have done had the inhabitants of the island of Diego Garcia had refused to help the seamen?

I think he would have set up camp on the island anyway to await a rescue ship. Trying to sail on with food and water in short supply would, I think, be impossible for the captain to contemplate.

The book ends with a call out that members of the public might be able to help with. What can you tell us about the information you’re hoping to find?

I think, just about anything. Anything to do with the name Roxburgh the owners of the ship and their descendants. Barkley Curle, the ship builders etc. People can get in touch via e-mail or on the book's website.

The ongoing research continues as Stuart reports the following discovery: 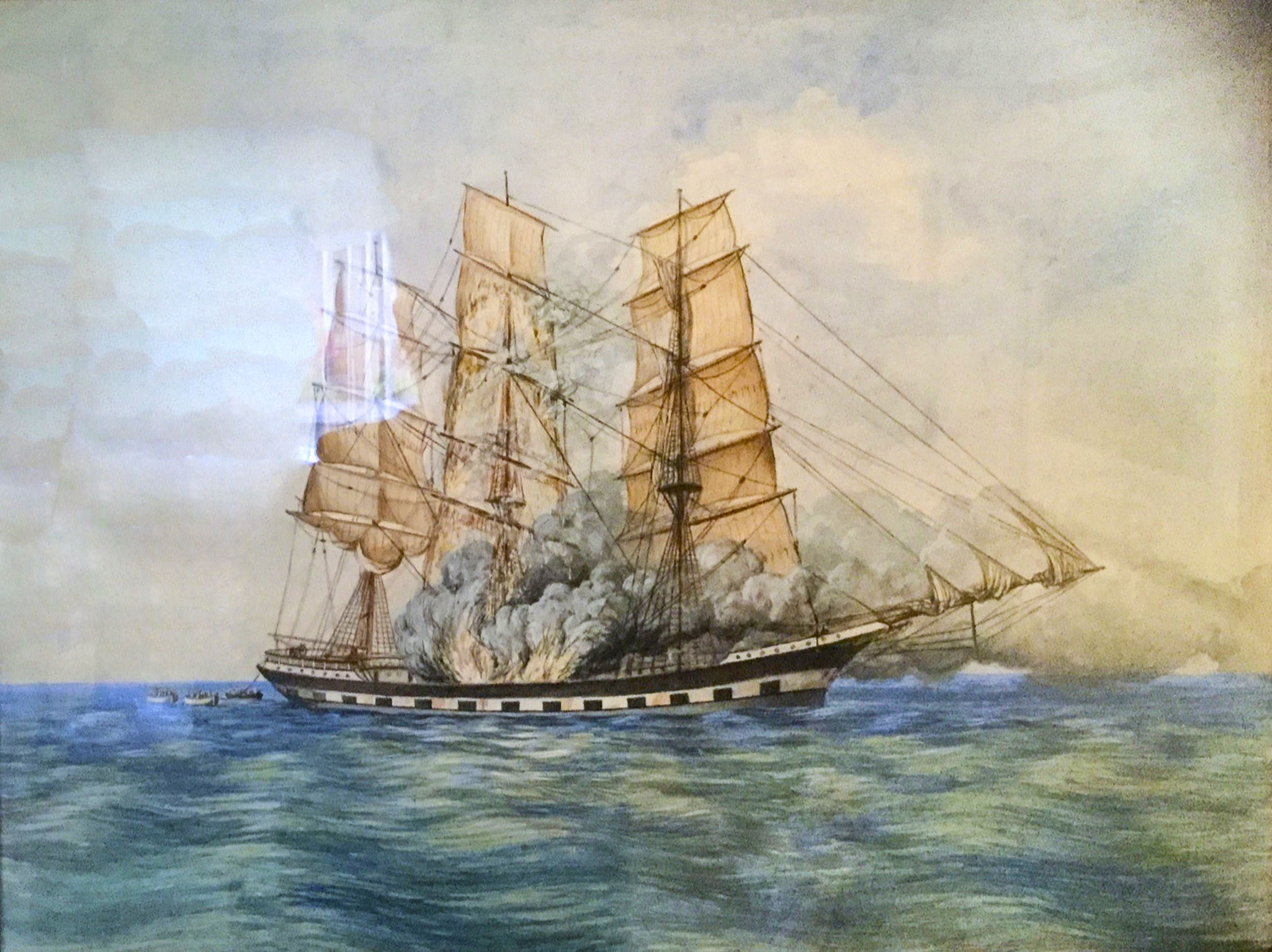 Just this last week a relative that I did not know existed has contacted us to let us know that two of the original paintings commissioned by my grandfather in 1909 are hanging on his grandfather’s wall at his house in Forfar, Scotland.

This has opened an exciting Jenkins family connection. The similarity between the paintings is amazing. 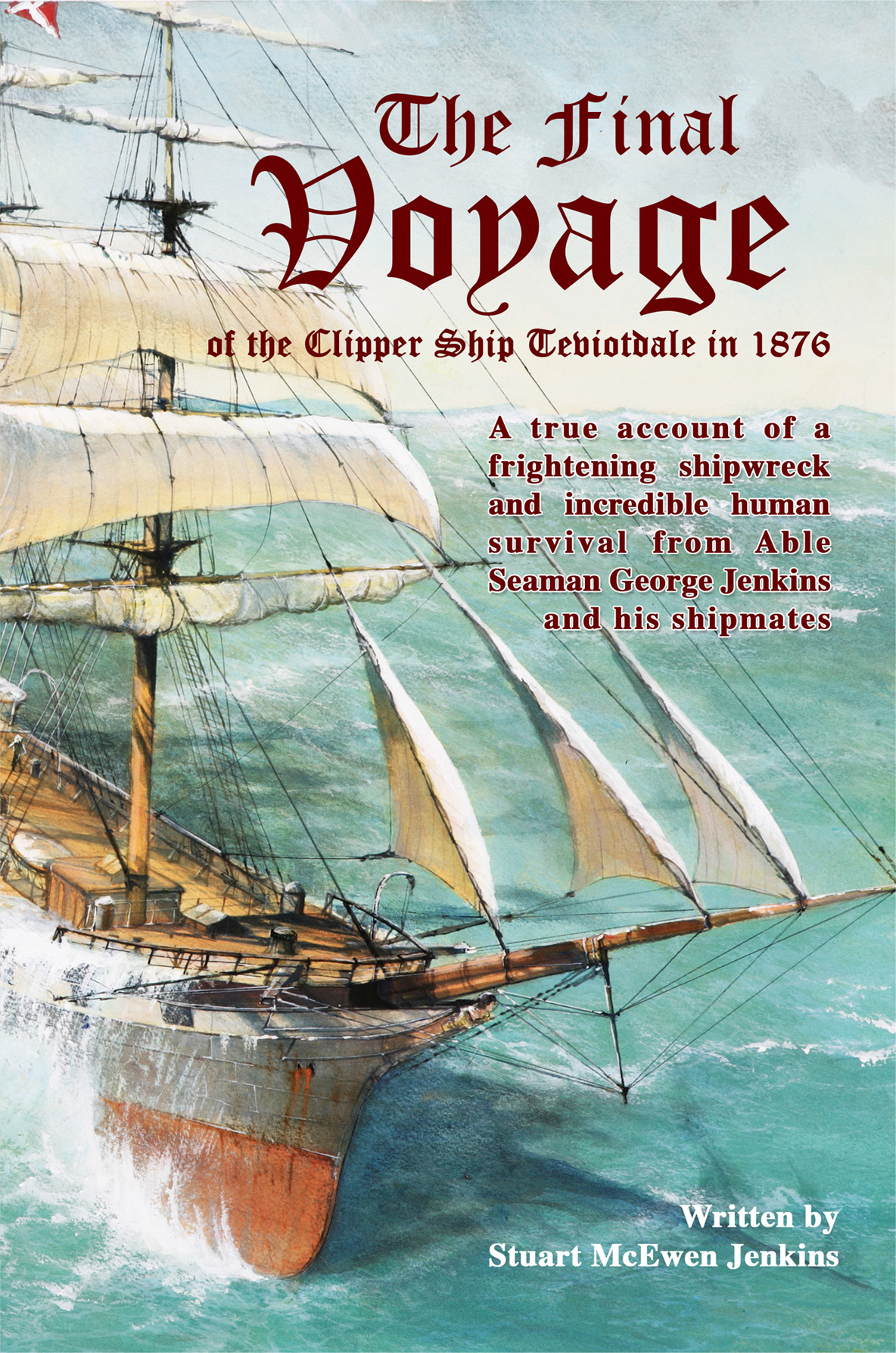 The Final Voyage of the Clipper Ship Teviotdale by Stuart McEwen Jenkins is the culmination of the author's research into the events surrounding the loss of the Teviotdale, and incorporates the full text of his grandfather's lecture on the clipper ship's fateful voyage.