The Scot who nearly killed Franco 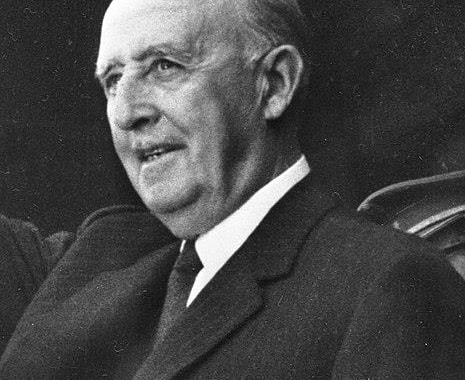 Scots are famous for many things, but trying to kill Franco isn't typically one of them, writes Alastair Stewart.

Scots are famous for many things, but trying to kill Franco isn't typically one of them, writes Alastair Stewart.

Nevertheless, on 11 August 1964, an 18-year-old anarchist by the name of Stuart Christie was arrested in Madrid attempting to do just that. To make matters worse, not only was he carrying a kilo of explosives,  but they were under a woolly jumper knitted by his grandmother.

By way of plots, the coup was straight out of Hemingway or le Carré novel. Christie was born and raised in Glasgow and had become involved in left-wing politics at a young age. Disillusionment with the Labour Party saw greater involvement with Anarchist Federation in the city which eventually brought him into contact with operatives from Defensa Interior, an anarchist organisation dedicated to fighting Franco.

In the 1960s Francisco Franco was in his third decade of power. The presence of a dictatorship in Western Europe, even at the height of the Cold War, was always an embarrassment. It was also a reality. Franco's Spain may have been a social and economic pariah on the continent, but his hatred for communism made Spain a strategic tolerance for Western powers.

Nevertheless, the scale of Franco's repression, torture and murder made him a natural target for political campaigns and the morally aware. When Christie moved south to London, he worked as a sheet-metal apprentice. Here, he met Spanish anarchists in exile who convinced him he had to do more than pay lip service or partake in marches to defeat Franco.

Christie, in his excellent autobiography, 'Granny Made Me An Anarchist’, says that as "much as I liked girls and dancing, I felt it was impossible to remain silent and inactive in the face of a fascist dictator’s repression of his country’s people.” It was time for action.

The young man’s motivation, while revolutionary and in line with general sentiment against the dictator, was also inherently idealistic. It might have been Spanish anarchists who lit the path, but Christie was strongly influenced by, as the title of his memoir suggests, his formidable grandmother.

Agnes, who was a strict Presbyterian, helped Christie’s mother to raise him after his father walked out. It was she who encouraged a passion for social justice and who provided “a moral barometer which married almost exactly with that of libertarian socialism and anarchism, and she provided the star which I followed.”

So taking heed from his grandmother and inspired on by the likes George Orwell who went to fight with the International Brigade against fascism in the Spanish Civil War, he acted. Christie left London for Paris where he met members of the Defensa Interior organisation. His assignment was to deliver explosives to Madrid for an attempt on Franco's life, without actually knowing the details of the plot to blow Franco up at a football match. Although Franco died ten years later, the plot was particular significance as it was the last of at least 30 attempts on the fascist leader’s life.

By Christie’s admission, his hitchhiking effort to Madrid and general appearance were not proper spycraft: "With the plastic explosive strapped to me, my body was improbably misshapen. The only way to disguise myself was with the baggy woollen jumper my granny had knitted to protect me from the biting Clydeside winds. At the risk of understatement, I looked out of place on the Mediterranean coast in August."

The circumstances were against him too: Defensa Interior was already heavily infiltrated by the Spanish security services. In Madrid and en route to meet his contact, an empty taxi pulled in to the pavement beside him. When the driver appeared to invite him to get in, he knew it was an undercover police car.

“As I steeled myself to make a dash through the crowds I was suddenly grabbed by both arms from behind, my face pushed to the wall and a gun barrel thrust into the small of my back. I tried to turn my head but I was handcuffed before I fully realised what had happened. It was all over in a matter of moments.”

Christie was arrested along with his Spanish contact Fernando Carballo Blanco. When apprehended, it was falsely reported that he had been wearing a kilt which confused the Argentine press into describing him as "a Scottish transvestite." Charged with "banditry and terrorism," he faced a military trial and a possible execution sentence by garrote, a particularly nasty form of strangulation.

Christie wasn't tortured, as was common in Franco’s Spain, but Blanco was in front of him. Christie signed a confession four days later and sentenced to twenty years in prison. Blanco was sentenced to thirty and held the awkward distinction of being the last political prisoner of the Franco regime.

Christie's youth and his involvement received significant international attention from the likes of Bertrand Russell and Jean-Paul Sartre among many others. In prison, he studied for his A-Levels in history, English and Spanish and met other anarchists.

His incarceration prompted many protests across the world. "I was told by the British consul that there were demonstrations all over the world. The most beneficial thing was that my arrest provided a focus for what Franco was doing. Here he was trying to pass himself off as an old avuncular gentleman on a white charger while in fact, he had all these political prisoners, thousands of them who were tortured and some of them killed. The monster was growing again."

He served three years before the international pressure and public protests in the UK forced Spain to release him. The official reason cited by the Spanish regime was a plea from Christie's mother.

Later in his life, Christie is glad that the assassination attempt was unsuccessful. "The arrest turned out for the better. I probably did more for the cause of anti-Francoism by not killing him. There is that law of unintended consequences."

It's impossible to deny that Christie was brave and that his sense of justice led him into great danger. Did his idealism overtake an appreciation for the perils of a fascist state? Perhaps. But then again, that was the case for the 2400 British volunteers, 549 who were Scottish, that travelled to serve in the International Brigades in the Spanish Civil War. Quite rightly, they're honoured with a statue in Glasgow.

History knows how fascism in Spain died with Franco, but it's remarkable to muse what might have happened if it had stopped sooner thanks to a young Scot.