Has Green Lady of Crathes Castle been caught on this family photo? Crathes Castle is a 16th-century towerhouse in Aberdeenshire which is cared for by National Trust for Scotland. It was completed in 1596 by Alexander Burnett of Leys and remained in the ownership of the Burnett family for over 350 years.

THE GREEN LADY OF CRATHES CASTLE

Staff at Crathes Castle have long been aware of tales of the Green Lady, who is said to haunt the castle, and is usually seen carrying an infant.

The photo shown here was taken by Bill Andrew from Bridge of Alford who was visiting the castle with his daughter Coleen, granddaughter Jessica and great-grandson Findley who live in Kent (all pictured). 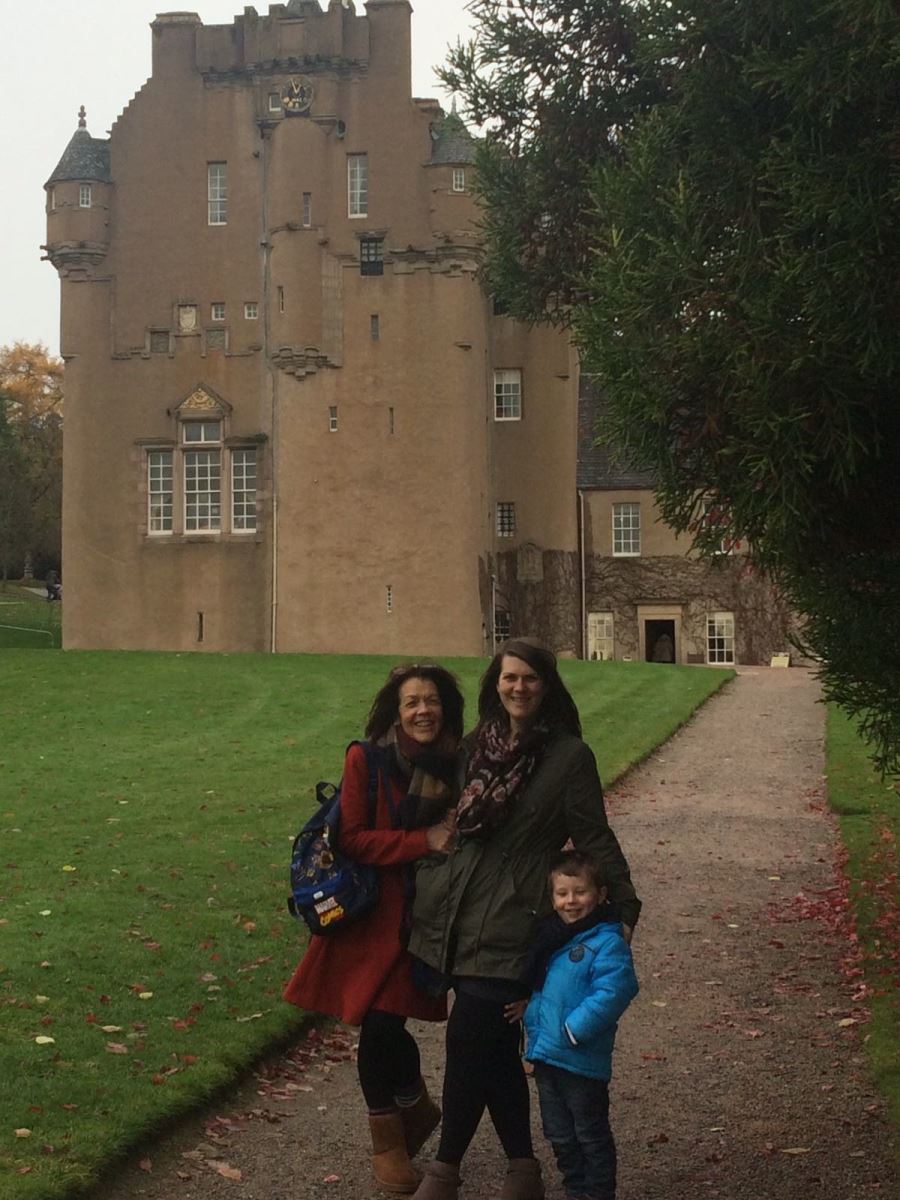 Coleen spotted the shadowy shape standing in the doorway and contacted staff to see if there was an explanation, as the door was closed.

Property Manager James Henderson said: 'There have been a number of mysterious sightings in and around the castle of late, in particular around Halloween, and the castle guides have reported that things have felt strange. They have reported a chill down the back in an otherwise warm room, odd noises in an otherwise empty building. Could this photograph be related to this? Or, perhaps it is a sighting of the Green Lady.'

Learn more about the haunting history of Scotland's castle in this video:

For more on Crathes Castle, visit the National Trust for Scotland website.