One of the country’s leading world war historians has sought to challenge people’s popular perceptions of the Battle of the Somme, ahead of the 100th anniversary of the battle.

One of the country’s leading world war historians has sought to challenge people’s popular perceptions of the Battle of the Somme, ahead of the 100th anniversary of the battle. Don't miss our expert history on Culloden myths busted, by Professor Murray Pittock.

Gary Sheffield is Professor of War Studies at the University of Wolverhampton and is the academic advisor to the Government’s commemorations on the First World War battle, which started on July 1 1916.

Professor Sheffield, who leads the University’s First World War Research Group, has said that some of the key popular narratives about the war were incorrect and despite popular views that the Battle was a huge defeat for the Allies, in fact it was a strategic success.

He said: 'Overall the Somme was a terrible and ghastly human experience but it was not futile, as it is often portrayed. The army suffered heavy losses but it was hugely significant in deciding the outcome of the war.

'“It was a human tragedy but it was not futile and it provided a stepping stone to victory in 1918.'

BATTLE OF THE SOMME MYTHS

1. The Somme wasn’t a one day battle - it lasted 141 days. There’s a huge amount of focus on July 1, which was important but we shouldn’t forget what came afterwards.

It is an iconic day, which in many ways has been held up as being a symbol of all that is futile about the First World War.

2. People think this was the first major battle involving Kitchener’s Army and that every soldier was in a Pals Battalion (units formed from local villages, towns or cities). It wasn’t. They had been in action at Gallipoli in in 1915 and also at Loos in the same year.

There were sizeable numbers of Pals and similarly locally-raised Battalions from places like Accrington and Liverpool but there was an equal amount of number raised by the Government.

In 1914 the size of the army was so great that the Government couldn’t handle all the recruits so sub-contracted to local authorities, large land owners and estates to effectively recruit private armies for the Crown.

Some units with a ‘Pals’ character actually didn’t actually regard themselves as such. The Territorial Force is often overlooked at the Somme as it had a major presence along with regular soldiers. The PALS certainly played their part but were part of a bigger picture 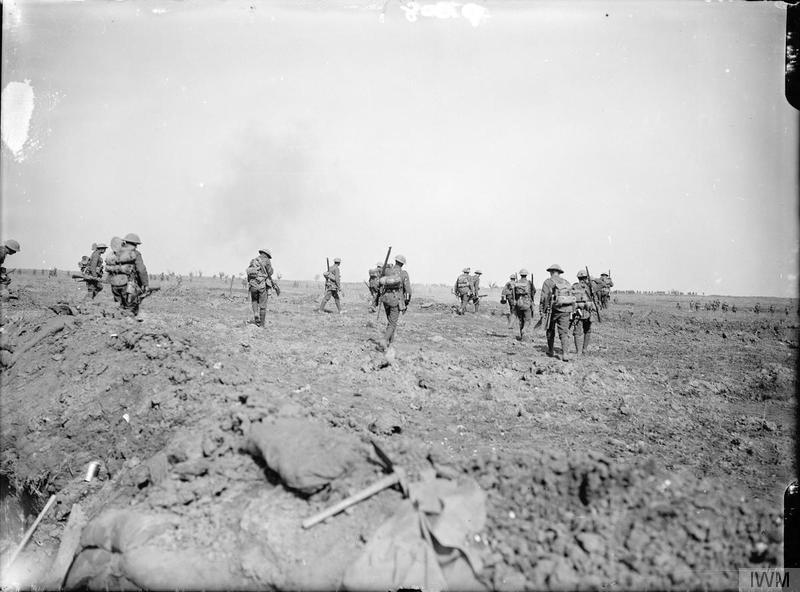 3. July 1st was a complete disaster – There were 60,000 British casualties on the first day, with 20,000 killed. It was a very bloody day and by many is held up as a failure. But there was significant success for the British and French on the day at the southern part of the Somme. Ground was gained and there was an opportunity to snatch victory from the jaw of defeat but Rawlinson, the commander of Fourth Army, who was leading the campaign in the south refused to take advantage.

If the British would have advanced three to four miles at that stage the Battle of the Somme could have had a very different outcome and 1 July 1916 would have been seen as a significant success.

4. The Battle of the Somme was a shameful British defeat – some historians have described it as a “bloody victory”. I would not go as far as that but I would term the battle as a strategic success for the Allies in the fuller picture of  the First World War  It was a human tragedy but it was not futile and it provided a stepping stone to victory in 1918.

5. The Somme and First World War were futile – a popular narrative has been that the battle and in many ways the war as a whole was not worth fighting. However, all the evidence points to the opposite. Germany was powerful and militaristic and posed a huge threat to British and imperial security. People at the time recognised the gravity of the threat. As ghastly as the war was, a German victory was regarded as more terrible.

6. Haig was a failure – I am not saying he was the greatest ever military leader by any stretch of the imagination but he deserves credit for his successes as well as the responsibility for his mistakes. He had a critical role in transforming the inexperienced, poorly trained army of July 1916 into the war-winning force of 1918. Haig made mistakes at the Somme but he played a major part in winning the victory in 1918.

Professor Sheffield will be taking part in a series of event to mark the start of the Battle of the Somme including an evening vigil at Westminster Abbey on Thursday 30 June, which is being attended by the Queen and the Duke of Edinburgh.

He will also give talks and lectures at an official two-day event on July 1 and 2 in Manchester’s Heaton Park as part of the Experience Field.