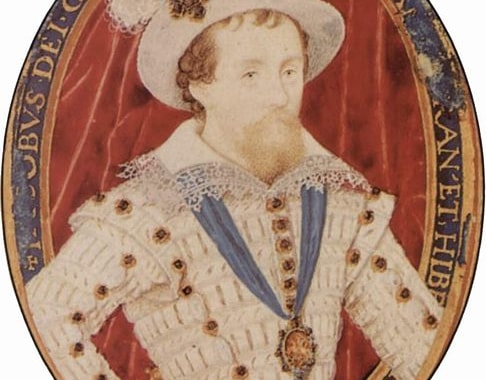 King James VI of Scotland also became King James I of England and Ireland on 24 March 1603, at the death of Queen Elizabeth I of England. The two kingdoms were ruled in union by King James but each retained its own parliament and laws.

On hearing of the death of Queen Elizabeth, James prepared to leave for England with all haste and was crowned in London on 25 July 1603.

Despite promising to return to Scotland regularly, James is belived to have travelled there only once, in 1617.

Read more 'on this day in history'